In this post, i will share on how to mount windows share folder on linux CentOS 6.3 server. Assumed that windows share folder has been configured properly with administrator privileged. This uses Common Internet File System (CIFS) protocol. CIFS can lets you access to shared folder and files that are remotely on the server and can do read and write to them.

3. Add that Windows share folder into /etc/fstab file, so that it will auto mount once rebooted :

Add the final line as below :

3. Install RPM version of Webmin as below : 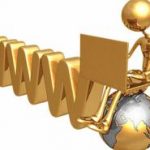 BlueHost is awarded as the best web hosting provider in 2012 based on Linux platform for hosting sites developed on PHP, Zend Framework, Ruby on Rails, Python and Perl. BlueHost offers a single all-in-one unlimited web hosting plan named “BlueHost Professional” which is the most rich-featured Linux-based hosting plan. Besides supporting almost all the modern programming languages, it includes one free domain & $100-value Google AdWords credits, allows one to host unlimited sites on one account by paying once, and provides Shell Access (SSH), email, MySQL, PostgreSQL, FTP, SSL, etc. It starts at $6.95/mo regularly, but now BlueHost is offering a 44% discount for $3.95/mo for all visitors who go through this BlueHost promotional link.

BlueHost was founded in 1996 and designed to offer the affordable hosting solution to personal and small businesses. Unlike many other web hosts, BlueHost has 3 world-class dedicated data centers in Provo Utah, which had been invested with 20+ millions of USD since 2010. All the data centers are Eco-friendly, with the Internet bandwidth exceeding 150,000 Mbits totally. So far, BlueHost is serving for 2.5 million customers worldwide and it’s fast growing with approximately 20,000 new customers added for each month.

WinHost ASP.NET hosting starts at $4.95/mo regularly, but now it’s offering a special discount for 2 months free for annual billing at $4.12/mo effectively for all visitors who go through this WinHost promotional link.

To learn more about the award of best web hosting providers in 2012, visit http://besthostingsearch.com/web-hosting-guide/best-web-hosting-2012 >>

Reverse Proxy is a gateway and it’s appears to the client like an ordinary web server. In this article, i will show quick steps to setup and configure Apache Reverse Proxy server. We need to add reverse proxy configuration into configuration to tell apache where it should be redirecting or caching information for clients that request for information. In this case, the following servers will involve in the setup.

When the client browsing /web on Server1, the traffic will redirecting to Server2.

1. To use the Apache proxy directives, the following modules should be loaded :

4. Browse the URL http://www.ehowstuff.local/web as below :