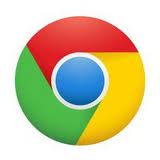 Google Chrome is a browser that combines a minimal design with sophisticated technology to make the web faster, safer, and easier. Google Chrome version 21.0.1180.60 (21.0.1180.57 for Mac and Linux) is out, fixing 15 security vulnerabilities in the search giant’s browser. Strictly from a security perspective, you should upgrade as soon as possible and download the latest version of Chrome directly from google.com/chrome.

Please see the Chromium security page for more detail. Note that the referenced bugs may be kept private until a majority of our users are up to date with the fix.

See also  How to Add Blog to Technorati to Increase Traffic

For Chrome 21, Google paid security researchers a grand total $2,000 in rewards as part of its bug bounty program. This payout is smaller than usual since Google found most of the vulnerabilities this time, using its own AddressSanitizer tool.

Still, Mountain View recently quintupled its maximum bug bounty to $20,000. The company has so far received about 800 qualifying vulnerability reports that span across the hundreds of Google-developed services, as well as the software written by 50 or so firms it has acquired. In just over a year, the program has paid out around $460,000 to roughly 200 individuals.

For the record, Google Chrome 20 was released just five weeks ago (and then updated again three weeks ago). At the time, I expected Chrome 21 to be released “sometime in August.” It turns out I was off by a day.

How to Install Google Chrome on CentOS 6.3

Google Chrome is a lightweight and fast alternative browser that combines a minimal design with sophisticated technology to make the web faster, safer, and easier. It was designed to be...

Google Gets Serious about Chrome Security on Linux

Google was a bit slow in the beginning getting its Chrome browser ready for Linux. That’s now changing as Google is now set to take advantage of an advanced Linux...

Google has applied to control a slew of domain names that are not only related to its core business but have “interesting and creative potential.” The company announced on its...

Insanity: Google Sends New Link Warnings, Then Says You Can Ignore Them

Google’s war on bad links officially became insane today. For months, Google’s sending out warnings about bad links and telling publishers they should act on those, lest they get penalized....

How to Submit Sitemap to Google Webmaster Tools

Before we start to submit the sitemap to google using webmaster tools, please make sure that you already installed the Google XML Sitemaps plugin in your wordpress blog and already...

One of the most important tip to keep your password safe is periodically change your password. But most of the peoples or internet surfers never change their email password. In...