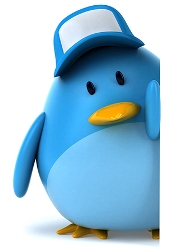 Newusers is a tool that you can use for fast and furious setup of accounts on a Linux server, but you need to know how it works before you put it into use.

First, what is it? Newusers is a tool that you’ll find on Linux systems that takes a file that looks more or less like the /etc/passwd file — actually it’s like the passwd file before it was separated into /etc/passwd and /etc/shadow — and uses the information in that file to create accounts on your server.

The basic format of a passwd file looks like this. The “gecos” field is generally the user’s full name, but sometimes contains other information such as their telephone extension or business unit might be included as well. It’s an odd name, but it goes back a long way!

So, the first field in the colon-separated data file is, of course, the username. If the username is the same as that of an existing user, the newusers command is going to take the entries in that line as representing changes that you want to make to that user’s account. It will process changes for a user’s:

See also  Linux snapshot: Pay rates and employers with the most job ads

The tool notably doesn’t add startup files like .bash_profile to the accounts that it creates and it doesn’t pay attention if you change group assignments or UIDs for existing accounts. So don’t depend on it for those kind of changes. In addition, the newusers command only create groups for new users.

The GID field can either be a numeric group ID (i.e., normal format) or it can be a group name. If it’s a group name and the group doesn’t exist in /etc/group, the tool will add that group (again, new users only). Don’t omit the GID field or you will probably end up with the group being 0 (root’s group).

Newusers doesn’t seem to follow the convention of using the next available UIDs and GIDs if these fields are missing from your user list file. Omitting both UID and GID, you may end up with 10-digit values for both in a test user — like 4294967295!

Passwords will be unencrypted in your user list file, so you should remove your user list file after use or at least encrypt it so as not to create a new risk on your system. There doesn’t seem to be any way to tell newusers to create the accounts in a locked state or force the user to change his password on first login.

If you use the same initial password for more than one user, the password hashes will be identical. This is only viewable by admins since the hashes are stored in the /etc/shadow file, but it’s more than I’d want anyone to see — that multiple users, even temporarily, have the same passwords. If no password is provided, newusers uses a default hash.

Can you migrate an existing passwd file? Yes, absolutely. This would be an easy way to create accounts for people you are moving from another server.

How to Create Additional User on VMware ESXi 4.1 Host

How to Delete Anonymous Users From MySQL on CentOS 6.2

Home page does not open in Internet Explorer 7

How to Add User into Group in Linux

There are two ways to add user into existing group which are useradd and usermod. The useradd command is to create a new user or update default new user information....

How to Use chmod Command to Change Linux File Permissions

In this post, i will share with you the basic chmod command usage to change linux file permission. This was tested on CentOS 5.5. Who – ugoa controls : u...

How to set the SGID bit on a Directory on CentOS 6.2 Linux Server

SetGID or “set group ID upon execution” are the Unix access rights flags that allow users to run an executable with the permissions of the executable’s group. They are often...