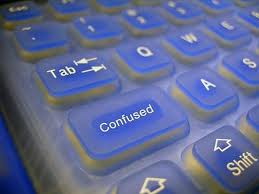 Open saucers have a breeding problem. The generation of those who started developing Linux and similar software are getting old and there are no over-enthusiastic young bucks seeking to take their place.

A report from the Linux Foundation with the title “Who Writes Linux” indicates the Linux kernel has been the work of more than 11,000 developers collaborating for more than 20 years.

While this level of participation and volume of activity is unprecedented, and serves as a model to which most open source projects aspire to, all this is under threat because of a shift in the demographics of the members, the report warned.

The problem was first flagged during the Linux Collaboration Summit in 2010, Jonathan Corbet, editor in chief of the Linux Weekly News  asked a group of top Linux kernel developers if the kernel developer crew was getting too old?

He apparently noticed the sizes, and ages of the developers and noting that grey hair was common along with a tendency to scream at young people to get off their lawn.

Analysis of contributions to the Linux kernel Git repository, by software development analysis company Bitergia, revealed that the older generations are becoming less active and the younger generations smaller than six years ago.

The Linux Foundation, and others in the Linux community, are undertaking initiatives to bring in new developers to participate in the kernel. For example, reaching out to hobbyist developers to attend the kernel Summit.

The summit is apparently giving newcomers the chance to meet and greet some of the key Linux kernel contributors. There  will be a networking opportunity for women in open source to connect and learn from each other, presumably without the snide comments from the blokes which has bedevilled such events in the past.

An Outreach Program for Women has been so successful that its contributions to the version 3.12 of the Kernel rank 11th, by number of lines of code, among the top contributing organisations; above IBM and Samsung, for example.

The foundation thinks that a natural way of promoting the participation of younger people in the Linux kernel development is to reach out to colleges and universities to host training activities where students and faculty learn the ropes of how to contribute to the kernel.

How to Grep Multiples Lines and using Specific Keyword on Linux

grep is a command line text search utility originally written for Unix or linux. In linux you can grep multiple lines before or after matching the keywords. This examples has...

Summary: Some of Linux’s best and brightest kernel developers talk about the state of Linux development today. Napa Valley, CA: At an exclusive gathering at the Linux Collaboration Summit, some...

Lennart Poettering, creator of the systemd system management software for Linux, says the open-source world is “quite a sick place to be in.” He also said the Linux development community...

The latest version of the Linux kernel, 3.10, has been released following a brief delay and promises significant improvements over its predecessors for users of solid-state storage devices and AMD...

When we hosted the linux dedicated server or virtual private server(VPS) in a data center, security of the system is very important in order to ensure the data and the...

How to Open the File in Read Only Mode on Linux

Question : How to open a file on read only mode on linux? Answer : This command has been tested on Redhat Enterprise linux 6 (RHEL6) server. To open the...