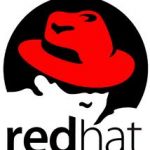 The story sounded plausible. Red Hat was said to have announced that the next version of its flagship operating system Red Hat Enterprise Linux (RHEL) 7 would ship with the MariaDB database management system (DBMS) installed by default, instead of Oracle’s MySQL. Too bad the story was wrong.

The reason the story sounded believable was that several significant Linux distributions have been replacing MySQL with the MariaDB MySQL fork. One of these, Fedora Linux, is RHEL’s foundation operating system.

Linux distributions are making this move because they perceive Oracle as both closing MySQL from open-source contributors and producing an inferior product.

Jaroslav Reznik, Red Hat’s Fedora project manager, said, “Recent changes made by Oracle indicate they are moving the MySQL project to be more closed. They are no longer publishing any useful information about security issues and they are not providing complete regression tests any more, and a very large fraction of the MySQL bug database is now not public.”

“MariaDB,” Reznik continued, “was founded by some of the original MySQL developers, has a more open-source attitude and an active community. We have found them to be much easier to work with, especially in regards to security matters.”

Be that as it may, for now Red Hat is not committing RHEL 7 to using MariaDB as its default DBMS.

Coggin would say that Red Hat has just unveiled the beta of Red Hat Software Collections 1.0, which includes a wide range of dynamic languages and database options including MariaDB version 5.5, MySQL version 5.5, and PostgreSQL version 9.2.

“Red Hat Software Collections 1.0 is offered to customers who have an active subscription to RHEL 6 and is offered with a three-year life-cycle. It will provide a vehicle to introduce the latest dynamic languages and databases on an independent release cycle from the operating system, but offered with the subscription. Red Hat Software Collections 1.0 is the first in a series of releases, and our plans are to also offer this with RHEL 7 as a vehicle to make dynamic languages and databases available for customers.”

“We also still don’t have a release date for RHEL 7.”

Ronald Pacheco, Red Hat’s Senior Manager of Technology Product Management at Red Hat, would only say at the Red Hat Summit in Boston that “The plans are to put out a beta at the end of the calendar year.”

Personally, I think Red Hat will move to MariaDB in RHEL 7. Their developers prefer it over MySQL and important Web sites, such as Wikipedia, have already switched to MariaDB.

If Red Hat does make this move, it will be bad news for Oracle. Many companies run Linux, Apache, MySQL, PHP/Python/Perl (LAMP) server software stacks based on RHEL and its clones such as CentOS. Switching to MariaDB would end up cutting Oracle out of many companies’ Web servers and other LAMP-based servers.

Red Hat to ditch MySQL for MariaDB in RHEL 7

In a surprise move, Red Hat has announced that version 7 of Red Hat Enterprise Linux (RHEL) will ship with the MariaDB database installed by default, in place of MySQL. The...

At the core of any organisation are important IT systems that are vital for continued successful operation. Mission-critical applications, such as ERP, CRM, business intelligence, data warehousing, and analytics, advance...

Microsoft Will Bring Its SQL Database Software to Linux

Nearly one quarter of all the servers running in Microsoft’s Azure cloud service are powered by the open source operating system Linux. But you can’t actually run much Microsoft software...

How to Import and Export MySQL Database Command line in Linux

In this article, I will show you how to import and export MySQL database command line in Linux. In this case, export is to backup while import is to restore....

How to Calculate and List Sizes of MySQL / MariaDB Databases

Question : I am finding the best way to calculate and list sizes of MySQL or MariaDB Databases ? Answer : In order to achive this, please do the following....

The crystal ball has been vague and fuzzy for quite some time. Every pundit and voice has opined on what the upcoming year will mean to whatever topic it is...