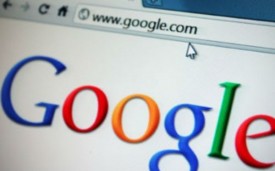 Google has applied to control a slew of domain names that are not only related to its core business but have “interesting and creative potential.”

The company announced on its blog on Thursday that it has submitted applications to the Internet Corporation for Assigned Names and Numbers (ICANN) for the following domains: .google, .youtube, .doc and .lol.

ICANN, which assigns top-level domains to sites worldwide, will announce in June which domains will be added to the existing list that includes “.com” or “.gov.”

“In 2016, it’s estimated that almost half of the world’s population will be online, yet nearly 50 percent of the websites we visit are found in the .com top-level domain (TLD), which was among the first TLDs created in 1984,” Google wrote on its Official Blog.

“Despite the great opportunities the web has enabled for people around the world, there is still a lingering question about the diversity of the domain space (given that the number of generic TLDs has only increased by 14 in the last 28 years).”

Google aims to grow the number of TLDs in four categories, such as trademarks (such as .google), those related to its core business (.docs), ones that improve the user experience and increase the identification of certain genres (.youtube) and fun options (.lol).

The search engine giant also noted that it plans to keep security and abuse prevention top of mind in creating a positive experience for web users.

“We’re just beginning to explore this potential source of innovation on the web, and we are curious to see how these proposed new TLDs will fare in the existing TLD environment,” the company says.

“By opening up more choices for Internet domain names, we hope people will find options for more diverse — and perhaps shorter — signposts in cyberspace.”

What do you think of Google’s choice for new top-level domain names? Which ones would you like to see pop up on the web? Let us know in the comments.

In this post, i will show you on how to check the web hosting service or web hosting provider from domain or an IP address. This quick howto provide a...

How to Create Google Custom Search in Thesis WordPress Theme

How to Install Google Chrome on CentOS 6.3

Google Chrome is a lightweight and fast alternative browser that combines a minimal design with sophisticated technology to make the web faster, safer, and easier. It was designed to be...

Google Gets Serious about Chrome Security on Linux

Google was a bit slow in the beginning getting its Chrome browser ready for Linux. That’s now changing as Google is now set to take advantage of an advanced Linux...

Google Chrome 21 is out

Insanity: Google Sends New Link Warnings, Then Says You Can Ignore Them

Google’s war on bad links officially became insane today. For months, Google’s sending out warnings about bad links and telling publishers they should act on those, lest they get penalized....