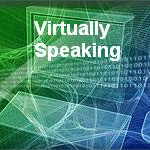 VMware and Microsoft are increasingly at each other’s throat these days, and that can mean only one thing — each company sees the other as a real threat when it comes to competing in the server virtualization and private cloud computing markets.

VMware has long dominated the server virtualization technology market, and even though the second iteration of Microsoft’s Hyper-V hypervisor is much better than the first one, VMware still looks like top dog. So while the company has had to suffer the constant sniping of Microsoft, including Microsoft’s risible attempts to ridicule “VM Limited” with its Tad Talks videos, VMware has been content to rise above it all and simply say nothing to this point.

But with Windows Server 2012 and the third iteration of Hyper-V just over the horizon, things are changing. Virtually Speaking – RoundedAt Microsoft’s TechEd in San Francisco this week, Jeff Woolsey, the company’s server virtualization head honcho, boasted that the new Hyper-V will be formidable.

“The guys at VMware claim that they can deliver up to 300,000 IOPS from a single VM. With Windows Server 2012, we’re delivering 985,000 IOPS from a single virtual machine, more than three times [the IOPS claims of VMware],” Woolsey said. “We can go much, much higher, but this is as fast as the hardware will go.”

Sooner or later it was inevitable that VMware would stop ignoring Microsoft and fight back (just as it was inevitable that Microsoft would eventually stop ignoring Apple and fight back in that arena). That’s because VMware’s platform is generally perceived to be much more expensive than Microsoft’s, and once Hyper-V 3 is available there will be fewer and fewer reasons to pay the VMware “tax”.

How to install VMware Tools in Linux VM

How to Obtain Diagnostic Information for VMware ESXi 5.0 hosts using the vSphere Client

How to Install VMware Tools on a Solaris Guest

How to Install VMware Tools on RHEL 7/CentOS 7

VMware Tools is one of the important components for virtual machines (VM) in order to get excellent performance. It is a group of utilities that help to enhances the overall...

How to Install VMware Tools on CentOS 6.5

VMware Tools is one of important components in order to run virtual machine (VM) with excellent performance. It is a group of utilities that help to enhances the overall performance...