Have you noticed when you ask someone three questions in a row, their eyes glaze over and they stop paying attention? It’s a psychological defense mechanism to keep our privacy to ourselves. It’s one reason so many people choke up when taking a test. The human, by nature, is a questioning animal. We question our existence and future but when it comes to giving answers, that’s just not in our biological nature. This is one of the problems with planning a design project. Questions have to be asked – numerous questions. There is, however, a way to ask questions and get all the answers you need without trying to revive a client in a stupor.

Think of an example where you have been asked numerous questions and at which point you either blacked out or grew anxious and upset at being asked question after question. Maybe it was a relative 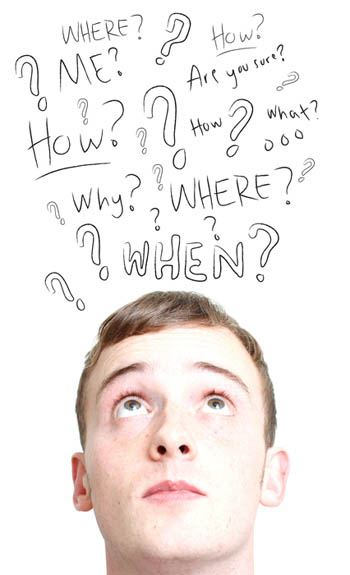 who asked you why you haven’t approached Microsoft to design their web site. You would calmly explain that they have an in-house design department that takes care of their web needs. The next question would be, have you tried approaching them? You explain again how reality works. Your well-meaning relative, who loves you and just wants to see you succeed then asks why don’t you try because you have nothing to lose? This is the point you give up and withdraw into yourself, or bash grandma over the head with her favorite ceramic clown statuette just because it’s the fastest way to shut her up before she asks a dreaded fourth question.

Sure, it’s easy to use creative ways of getting out of multiple questions when you’re a designer but what happens when you have to question a client to write up a creative brief for a project? As an average creative brief will have a minimum of just over a dozen questions, how can you draw out the information you need if the client withdraws or bashes you over the head with Meemaw’s clown statuette, which you just happen to bring to meetings, after the third question?

We Communicate Through Words and Their Meanings

A nightmare I live over and over was an assignment from the president of a company for which I was an art director. The questions were; what is the assignment, when is the deadline and what is it you

want to see? The president kept using the word, “sophisticated” for what she wanted to see. She refused to answer the fourth question, which was, “what the hell do you mean by “sophisticated?”

With every design sketch, she would say, “no, no, no! I want sophisticated!”

After eleven attempts at “sophisticated,” I finally asked her to show me some examples of what she liked and I would take it as inspiration. It was another round of questions, and time had passed from the first round, so she was fresh for answers. After she pointed out a few examples, I realized she was wrong and severely nuts! What she really wanted was something whimsical. This is a great, and painful, example of miscommunication and how much work just one word – one descriptor can cause.

This is yet something else that needs to be considered when compiling information for a creative brief. Words can be misinterpreted or misused when someone reaches their boiling point. Sometimes people use their hands to describe what they want, moving them up and down and sideways to specify size, layout or “sophistication.” Your job, as the creative lead, is to pull out what it is they really mean and place it into the written brief so there are no extra rounds of design that cut into your fee or take you away from other projects.

The easy answer is to make a question a chance for the other person to talk about themselves. People don’t like probing questions but love to talk about themselves just like old people love ugly ceramic clown statuettes. Had I asked the company president what she liked and her favorite examples of designs along the lines of the project (being the third question), she would have gladly yapped on about what she thought and liked and why the world around her was wrong but she was perfect.

RELATED:   Who Is the Next Tech Giant?

The key, is to make every third or fourth question a chance for the client to talk about themselves. It takes the pressure off for them to think of a short, insightful answer, which you will get by distilling his or her long and tedious story.Within that story, however, are jewels of personal likes and dislikes that can only help you create a project they will love and cherish. Keep in mind that by engaging the client in this type of conversation, you will also be creating a firm bond they will appreciate. Turn the friendly banter into an easy going conversation and you’ll find that asking more questions will be met with a smile and continued answers.

How do you distill information out of a simple conversation? Let’s say the client has been telling you about his last vacation, canoeing down a southern river with some 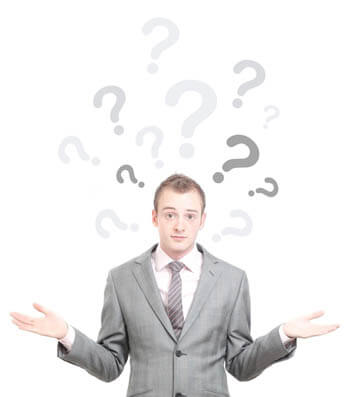 friends. He gives you details, fawns over his excitement about being among nature and so forth. You smile and show sympathy for the disturbance of pig-squealing hillbillies and say, “it’s great you love nature so much. How would you like your web site colors to match the same colors you’d find along the river in the late summer? Do you have a favorite picture you could lend me so I can create a soothing color scheme?”

Two questions mixed within the conversation. A third question would be to have the client relate about their brand by asking him or her about their business ethics and how he or she would like to be seen by customers. This will create another conversation in which the client can talk about himself or herself. Again, the relaxed and friendly conversation offers more answers than a list of traditional questions and turns a cold, professional method of filling in answers for a creative brief into a warm, bond-building, personal conversation.

Building a Relationship of Trust

Ah, but what happens when I have to ask about payments, milestones and how I work with clients, you might ask? Well, those aren’t questions you have to ask the client – they are answers you are giving him or her. By now, you’ve warmed up the client with friendly

conversation, so keep it going by telling him or her something about yourself. Tell about your history in the industry and a project or two that went extremely well and reiterate what you can do for the client’s project using some of the information you’ve gleaned from your conversations. This will have the client excited at the prospect of working with you as a professional, glad you know so much about what he or she wants and they will be more open to the big transition of you stating basic terms such as fees, up front, milestone and final payments, etc. If you state it all as if it was part of the conversation and smile while doing it, the client is more likely to understand and appreciate your points.

When you deliver the written creative brief, everything, including your terms and contract will seem familiar and friendly and then your project is off to a good start. It’s important to understand that some questions are testing and make people feel like you think they are below you. “Why don’t you do it this way?” “Do you know the difference between this and that?” “Why did you hit Meema with that ceramic clown?”

Everyone has asked themselves this question why the casinos are so popular. Many experts claim that the online gaming libraries have become so famous thanks to the online casino real money bonuses and offers. But it is also reasonably correct

To Blog Or Not To Blog: That is The Question

Having been in web design for a while, I’ve learned that most people want one of two kinds of website: Either they want a full-featured page with heaps of content,...

Park Your Domain or Build a Site – That is the Question

There are numerous ways to make money with a domain name.  Two of the most common methods involve developing a website for business purposes, or parking it for profit.  Which...

Web design is essential to every business. There are some incredible web designers out there. both as freelancers and members of design studios, they create wondrous sites out of little...

Whether it happens in a corporate conference room or in a startup client’s office, at some point in your career, whether it’s as a designer, social media manager or marketing...

One of the most frightening processes for any business, especial a small to mid-sized business, is when it’s time to build a website. There are few resources that speak in...

If you have a sales website in which you are trying to sell a product and need to increase traffic as well as product sales, there are certain things that...