“Dear Ethicist–
I have been an enthusiastic Apple customer for over a decade now. I use Apple products in my work and have been very satisfied with their performance, design and corporate responsibility. However, I just saw this article and was very disappointed. After the news about conditions for Apple workers in China, I had started to reconsider buying Apple products. Now that Apple has moved away from EPEAT standards, I feel like I should stop supporting the company and boycott their products. The only problem is that Apple products make my work possible–I’ve had a hard time finding a comparable machine for web design and photo editing.
What would you do? How can I buy Apple and sleep at night?
Signed–
Poisoned on Apple” 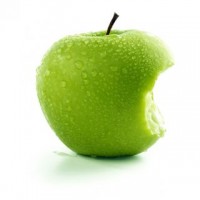 You have not been poisoned by anything except Apple envy.  You have an Apple: be proud of it.  Sleep soundly and enjoy your Apples if they are the best products for your business.

There are two very different problems here and both apply to the way markets work. First is the Electronic Product Environmental Assessment Tool (EPEAT), second is the Labor Issue.

Beginning with labor, laws and treaties regarding international labor markets are complex in the extreme.  Simply put, different sovereign nations have very different labor standards!  Over the years Apple has been assiduous in its efforts to be a good international corporate citizen and still it has had its share of labor problems at its various plants.  Apple certainly understands that Corporate Social Responsibility (CSR) requires much more than mere “green washing,” which only amounts to the barrage of elaborate phony green-sounding public relations jargon we constantly get from corporations.  Although Apple has certainly had challenges related to CSR, Apple continues to rectify these problems as they arise. In other words, Apple is getting better, but they are not in the Garden of Eden.

RELATED:   Testimonials on Your Site: Dealing With Positive and Negative Feedback

Regarding EPEAT, as Apple creates new products and new production methods to drive down the price and increase the value of their products Apple has — for the moment– chosen to back away from the particular environmental requirements imposed by EPEAT. Historically, however, Apple has been fully committed to limiting their “environmental footprint”  which should give confidence that they will remain committed to environmental protection in general. Until all the evidence unfolds we must remember that electronic environmental standards, like all environmental policies, will always lag behind technological advancements that inevitably make earlier standards and policies meaningless.  Apple likely remains fully committed to environmental protection but does not believe the EPEAT guidelines are helpful in the long run. Essentially Apple is hoping we will trust them to do the right thing in the grand scheme despite their present departure from EPEAT standards. If EPEAT standards make it impossible for Apple to create what we clamor for, there should be some negotiation. Common sense suggests this is already happening.

The goal of any manufacturer is to produce the right product for the right market place. Even laissez-faire Adam Smith understood that moral sentiment precedes success in the marketplace.  Empathy matters if you hope to provide your customers with what they will buy, So Apple is certainly taking a short-term risk in public image for the sake of long-term benefits overall. The history of Apple suggests the risk is reasonable.  Of course, if Apple’s move away from EPEAT standards marks an ongoing negative environmental trend for Apple then reconsider and do not take that second bite. But for now, no rash decisions. 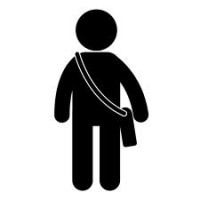 I’m not sure if this is the kind of question you answer, but here it is: I’m in this web design class. I thought community college would be easy, but after hours of studying I’m still getting 75% on my quizzes…. I know this doesn’t seem like it matters, but just recently the instructor sent the class an email saying he had been giving credit for assignments that weren’t linked to our homepage but from now on if our assignments weren’t linked we would get zeros on the assignments. That didn’t bother me–I have all my assignments linked. But then a week later some guy emails the entire class that he can’t link his assignments to his homepage and can anyone help him because now he’s getting zeros on the homework.

I’m having a hard enough time in this class: do I have to help this guy? I feel a little bad, but if he can’t link things, like the instructor says, he can’t be a web designer. What do you think?
Signed–
Feeling A Little Guilty”

Dear FALG,
Dude!  Are you kidding?  People fail, you shouldn’t. That is your moral duty here: don’t fail. I am advising you not to help.

There is a world of difference between being nice and being kind. Good manners require us to be nice, even to strangers, users and fools, but kindness entails a deeper reciprocal moral relationship. Kindness is community building; niceness is community protective. My grandmother said it best:  “Be nice, don’t fight.” So yes, be nice, but don’t help…yet.

This student must work with the teacher and though it may be sad to see him fail, fail he must if he does not learn to accomplish this essential task.  If you “help him” at this point you are only letting him use you, and you have confused being nice with being kind.  Your only duty so far is to be nice but not kind.  Had you been working with him throughout the semester it would be different, since you would have established an expectation to help each other. But this student’s blast email demonstrates a sort of pathetic moral obtuseness!  He hopes to bind someone into helping him prior to establishing any relationships with anyone at all.

However, there is also the consideration that you may have to work with him in your professional life after school, but the likelihood that he would again try to use you is high. So, I understand if you feel sympathy for this student’s inevitable suffering, but your suffering added to his makes little sense.

Keep sending your thoughts and quandaries to geekethicist@gmail.com