Let’s get it out of the way, first of all.  Just about every article that you read about the new Android software is going to throw at least one cutesy pun in about the name.  So we’re putting in our veto now: no food jokes here.

More than in most cases it would really miss the point.  The Galaxy Nexus and the Android 4.0 operating system it utilizes, also known as Ice Cream Sandwich, looks to already be a major entry in the phone and tablet wars.  This is no minor release.  There is every reason to believe that this might be even bigger than all of the hype says it is.

Part of what makes this debut so important is that it turns on the turbocharger for a number of trends that were already flying high.  Possibly the biggest of these is the Android operating system.  Its initial release was a mere three years ago, and the 3.x Honeycomb versions were only released this year.  Today there are an estimated 190 million Android capable devices in use, with another half million activated every day (that’s about 8 every second)!

Part and parcel with that is the supernova that is Google.  This company is simply on fire.  Name just about anything related to the internet.  At this point, either Google has their own version of it, or they’re working on it.   It’s clear from the various news releases that there is going to be monumental support for both this operating system and this device.

The primary design goal behind Android 4.0 was to create an operating system that could work equally well on tablets on phones, eliminating fragmentation.  Given how ubiquitous this would make it, Google put immense redesign effort into just about every aspect of it.  While it is described as still being intuitive to 3.0 users, even the compacted list of features and improvements is far too long to list.

Where do we start?  Perhaps the interface is best.  The physical buttons have been replaced with virtual ones.  This creates a lot of versatility, as the phone uses a hefty 1280×720 resolution, and the icons can be moved all around.  An even better, and long overdue customization, is the ability to disable any application, including pre-loaded ones, so long as its functioning is not an integral part of ICS itself.  To pretty things up further, Google debuts a new font with this OS called “Roboto”.

A slew of minor improvements and ideas follow this.  Many of them, unsurprisingly, are to the Gmail interface, which now contains an offline search, the ability to swap between multiple conversations with specific gestures, and two-line previews.  Chrome also comes with some new toys such as “Request desktop site”, which will load your bookmarks and settings from your PC.  Stepping out of the Google-specific stuff, the user can make a new folder by simply dragging one application over on top of another, there is a “Recent Applications” icon, and you can access apps directly from the lock screen.

The lock screen is a good segue into one of the most talked-about new features: facial recognition unlocking.  The phone lets you unlock it by simply showing your face.  Purportedly in tests this had to be slowed down because it was working so fast that it ran the risk of convincing users that the lock was never on in the first place.

While this may be one of the most talked-about features, though, it so far isn’t the most well-received.  A demo of the feature failed (it was claimed later that they used the wrong person), and many users expressed doubts about the value of this service, especially since the phone includes alternate unlocking mechanisms.

What might be a little more exciting is the improved communication between phones via a new feature dubbed Android Beam, which makes use of Near Field Communications (NFC) technology.  Two phones tapping this within short communications range of each other are able to easily send data back and forth between them.  Adding to the improved voice recognition software is now voice typing, allowing the user to type by talking.  Lastly, the People app will load data from social networking sites for any contact that you enter.

What about the phone itself? 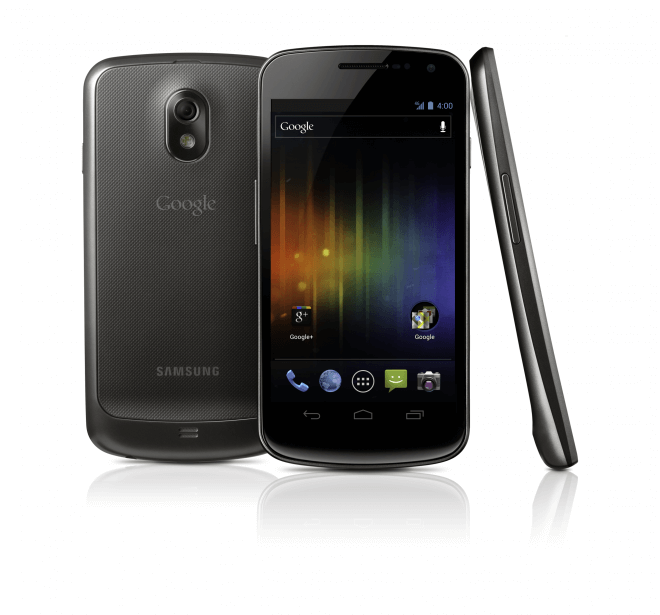 With all of the advancements in the OS, it might get missed that this is also a high-quality phone.  It certainly has some strong specs: a dual-core 1200MHz processor, 1G RAM, 3D graphics accelerator, just about every type of connector you might want, 32GB internal memory, an accelerometer, a gyroscope, a compass and a barometer are all on-board.  This phone is loaded.  On the downside some early reviews state that the responsiveness of the phone is merely par for the course, and lags behind some competitors.

RELATED:   Arm Yourself with the Top 5 Android Apps

The camera also boasts some upgrades.  It takes a standard 5 megapixel pictures with LED flash, auto focus, digital zoom and records 1080p video at 30 frames per second.  More advanced is that it boasts zero shutter time, and can take panoramic pictures.

Is this really that big?

While no one can tell the future, the amount of buzz this phone is generating is only equaled by things that start with a lower-case “i”.  Android is staking a serious claim in the operating system world: just recently AT&T increased its selection of Android-capable phones to 19, shattering its promise at the start of the year of 12 for 2011.

This has resulted in a cacophony of rumors over which new and old devices are going to be equipped with ICS.  For upcoming products, the talk seems to state that just in November alone we’ll start seeing more devices capable of running it.  For older ones, Google has promised to try to make it adaptable to some more recent phones, but stressed that they are going for quality over quantity.  Current smoke says that if your phone is more than 3 major device introductions removed from this one, don’t get your hopes up.

Google right now is thundering down the information superhighway, picking up speed at every turn.    From everything we’ve seen, the release of the Galaxy Nexus and Ice Cream Sandwich could potentially be one of the major events in the current phone and tablet revolution.

Google Dart – Ready or not, a new Language Arrives

Do you have everything you need to finish out the semester?  Notebooks, pencils, pens, that messenger bag you saw that looked like it could hold half your textbooks and your...

Memory Engineering: What is this new Trend?

As with all trends on the World Wide Web, we have a plethora of new terms used to describe new ways of organizing your on line and off line lives....

A Preview of the AT&T Fab Phone Five

The number of competitors entering the phone market is increasing with breathtaking speed.  Making it clear that they have no intention of just letting the iPhone monopolize the market, AT&T...