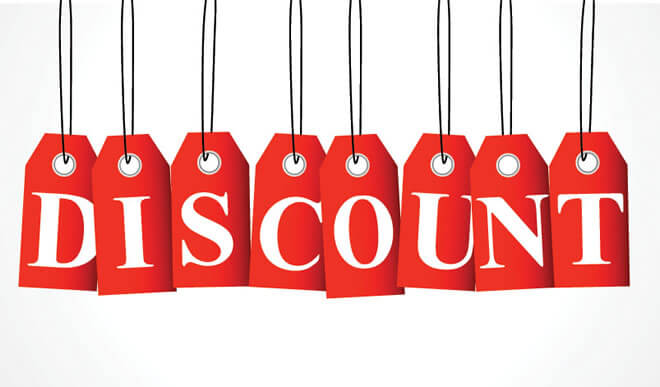 In the current economy, everyone is searching for new ways to save a few dollars wherever they go. From websites like Groupon and Living Social that offer gift-cards to various local merchants at a highly discounted price, to Amazon Subscribe and Save which helps you save money on gas by sending items you use a lot of each month to your home automatically on a subscription service model, every company out there is looking for ways to save you a few dollars and keep your business. With so many options to choose form, which ones will provide the best deals? Will a combination of a few of them make life easier? Let’s take a look at some of the options available.

Groupon is one of the first largely publicized savings programs on the net. First launched in 2008 in their home town of Chicago, their first deal was a half price pizza from the pizza place that was on the first floor of their office building. They have come a long way in a short period of time, now being a publicly traded company that is worth well over 6 billion dollars USD at this time. How they work is, Groupon partners with companies to provide a significantly reduced product or service such as a massage that would be valued at 80.00 and sell it on their daily deals for 40.00. This provides the company with brand new customers and hopefully repeat clients from that, and Groupon keeps ½ of the deal price.

Over time, there has been some criticism about how Groupon does business, some going so far as to say that it is “like a Ponzi” scheme. They are losing about 100 million dollars a quarter and have a negative net balance of well over 200 million. They are using later investors’ money to pay the earlier ones, etc. Somehow, though, even though this is known they still remain and even thrive! In fact, they genuinely only have one serious contender, Living Social.

Living Social is much the same as Groupon, however, offering a bit more in the way of options. They have family and “escape” options that generate much interest among the cost conscious family community. While Groupon is primarily geared towards women of a higher economic class, Living Social has kept its eyes closer to the ground, for the “everyman” types. They have received much seed money from various large name firms in order to get the company going. While still smaller than Groupon, they have undoubtedly cornered the market in their own way.

Amazon of course could not be left behind when it came to this juice part of business! They opened their “subscribe and save” service. This service allows you to sign up to receive certain products you use a lot of and have them shipped automatically to your home on a schedule. For example, you use 196 or so diapers in a month for your infant, and you don’t have a car but it’s blessedly expensive to put them in small packages because your local store does not sell cases. You sign up for this service through amazon, you find your brand and a case with the amount you prefer in it, and approve your credit card or debit card to be automatically charged for that item every month renewing on the same day that you originally bought the first product. The better idea is still that by signing up you receive a secondary 15% discount on the cost, bringing the price down to as low as .14 cents a diaper.

Amazon lately has had many generous promotions like this, keeping in mind the working lives of people in the world today and the terrible economy we face. They too, enjoying the idea of the “deal of the day” model, have opened their own program along these lines, although it is still in beta and not yet in all cities around the country. It is called Amazon local; along the same ideas as both programs listed above, just through the Amazon website and servers. With this program, we will have to see how it fares after it comes out of beta and is nationwide. It is rather late in the game to be jumping on this particular bandwagon.

Restaurants.com is an entirely different program all together, focusing solely on places to eat out and maybe have a few drinks. It is much the same idea as Groupon, except that the gift certificates are always available, not just for a day or so (or until time runs out or all are purchased). For example, the restaurant up the road from you is perhaps a bit more pricey than you are usually willing to pay, however, the site has a gift certificate for 20.00 except that it is worth 50! Here’s the catch however; in order to get that 50.00 off, you need to spend 75.00 total. So, you will be outlaying some money but not as much as you would be if you went and had not purchased the certificate.

Unfortunately, just as there are those companies who do a legitimate business, there are also those who would take advantage of people. When you choose to use an Internet discount club or a similar service, look out for these warning signs:

After purchasing a gift certificate or deal from a legitimate site, a pop-up comes up asking if you’d like to save 10.00 on your purchase today, if so to enter your email.

In conclusion, there are many ways to save on everyday expenses online in this dreary economy. There are even ways to ensure that you have some luxury as well and don’t have to forgo eating out in pleasant places or getting that massage that would unquestionably make your day. By utilizing Internet discount clubs like the ones listed in this article, you can still have the life you had before…just for less cost.

IT Managers: Where To Use Self-Service To Save Time

IT managers for years are pressed by the cliché of “doing more with less.” IT pros already have their daily tasks of user requests, incidents, maintenance issues, upgrades and infrastructure...

The New Trend of “Crowd Purchasing” in Ecommerce

Emerging coupon websites like Groupon are exploding due to their “crowd purchasing” programs that allow groups of Internet users to purchase products and services from local retailers. For online sites...

Do These Now and Save Money on Your Data Center

Running a data center is really costly. From monitoring the infrastructure to cooling every step that you take means some payment. Actually, there are many ways which you can “cut...

Floating Internet? Google’s Project Loon and Internet for All

There are places in the United States—yes, here in the good old US of A—that still do not have consistent, reliable access to the Internet. How is this possible? Remote...

When looking for a web host to provide service for your website needs, it’s easy to become overwhelmed comparing plan structures and prices.  It’s even more of a challenge to...

On February 24, 2009, global IT hosting leader The Planet, announced that it would be running a promotion to help its resellers increase their revenues.  From the 24th of February...

Christmas Web: Will Cyber Monday Break the Internet in 2015?

While Thanksgiving remains a solely American holiday, businesses around the globe have for decades looked to the day after Turkey Day as the official start of the holiday shopping season....