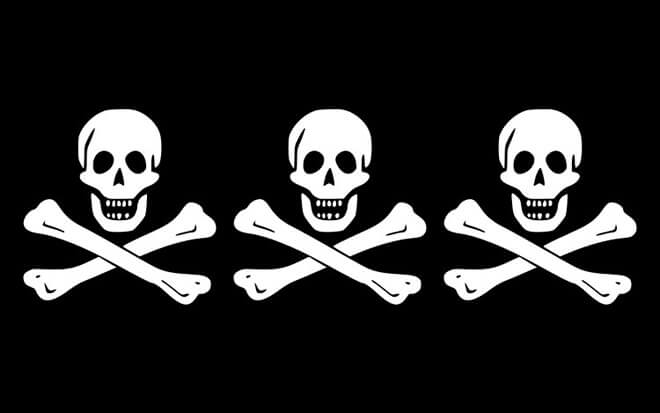 We wrote previously about the Stop Online Piracy Act (SOPA).  We try not to repeat topics, but the developments surrounding this bill have been strong and fascinating enough that a larger-view perspective of the issue is in order.

First, let’s do a roundup.  When we wrote about it last, there was opposition so scant to SOPA that its passage seemed like a depressing done deal.  At some point in the last week and a half, though, what one author termed the “tipping point” was passed.  Now, according to one commentator, supporters of the bill are suddenly on the defensive.  Congress reflected this new position by allowing only a single opponent of the bill to speak (Katherine Oyama of Google), and her treatment was harsh enough to prompt one person to comment, “I’m surprised that nobody asked … if she was a communist.”

It’s clear that this is shaping up to be a major battle in the information wars.  This prompts us to try to take a step back from it to assess what it might mean for us all long-term.

Coming to a head

Since about the mid-90s, there has been a philosophical current that has run through the development of all internet technologies, and that is this: it is the new socio-technological paradigm.  Entire shelves could be filled with the writings of people like Ray Kurzweil, Terence McKenna and other trans-humanists, as well as classical authors like Robert Heinlein, William Gibson and Isaac Asimov, all of whom can be fairly analyzed as having seen this all coming.  In reaction, we could fill up a shelf right below it with writings from people who say that these are dangerous trends that are spinning out of control and need to be stopped.

Far be it from us here to think that we can single-handedly make a summary judgment on such a monumental social issue.  Nonetheless, our job here is to talk to you about trends related to web hosting, the Internet, and other related technologies.  We can’t do that without at some point at least addressing the underlying ideological cores for what makes it continue to run.  After all, all of these systems are run by us humans and, if they didn’t work for us, we really could shut them all off tomorrow (stretch your brains, friends, yes we could).

RELATED:   Reseller Hosting – Building a Hosting Site vs. Building a Client Base

So it’s right to take a moment to try to pass some conclusions, and what we come to is this: the geeks are right.  The governments, archaic corporations, and just about every old institution holding on to power more out of momentum than anything else, really are in the process of being phased out.  This isn’t just psuedo-philosophical armchair rambling anymore.  This is a clear, objectively observable conclusion; and it’s one that would do us all well for everyone to heed.

To even watch just for a moment the spectacle of seeing this group of dinosaurs trying to debate the proper way that the Internet should be, when on average their technical proficiency with it is likely about high enough to send an email (the real experts can add an attachment), is a sight both amusing and sad.  It is also alarming, as these people don’t seem to have any realization of just what damage they are ready to cause.  It’s like watching kids with guns, an analogy some would say isn’t too far off on a literal level.

As we alluded to in our recent article about the battle between Wikipedia and Citizendium, there is the top-down approach, and there is the communal approach.  Each of these have their own strengths, and we’re not going to go so far as to say that either of them is always the best approach.  However, it is clear that, from just about any sober long-term analysis, the latter is what the Internet runs on, and it’s where its strengths originate from.

This hasn’t stopped the dinosaurs from stomping away, though.  Here are a few of the recent lowlights from the world of Internet legislation:

RELATED:   Geek In The New Year

Get out of the way

That last section should make clear the complete absurdity of these attempts.  You don’t have to be an expert on the Internet or even much of anything to know that anything could be potentially offensive to anyone.  While these overpaid suits are running to this world yelling that they have to do something about this, everyone who actually lives in this world has been dealing with them for years and, minus a few hyperbolic examples from the unhinged among us, are dealing with it just fine.

It doesn’t matter if a million people have said before.  We’ll say it again: these old systems are decaying.  They are showing their pathetic irrelevance to a world that barely even recognizes any sanity in these old ways anymore, let alone feels any need to follow them.  SOPA or no SOPA, the Internet will go on.  But the more that things like this come up, the more painful the evolution will be.  SOPA’s passage will introduce a serious of fractured hacks and workarounds that will only make the internet darker and both more difficult and more dangerous to the casual user.

That’s the point.   All of the ideas that make the Internet so powerful are not ever going to go away.  Instead, they will react, just as they always have, by finding a way around, ways that will not always be pleasant depending on the circumstances they are reacting to (while, naturally, probably doing little to solve the underlying problem: how well has all of the previous anti-piracy legislation worked?).

The geeks are right.  The cyber world is a representation of a new set of social evolutionary ideas that will take root, one way or another.  If you are one of the people who forcing everyone to work around you, please, accept it.  Your systems are going to die, one way or another.  Let them pass in peace.  And let us all get past them in peace.  You may not understand it, but it will benefit you in ways that surpass anything that your copyright bean counters could ever measure.

SOPA – The IP Hammer Has Swung

The rise of the Internet as an intractable piece of the global social engine has brought with it a number of large scale societal problems.  One of the ones that...

Controversial SOPA and its Siblings PIPA and OPEN

Advertising, commerce, and networking – it all happens online. However, the Stop Online Piracy Act, referred to as SOPA, is a US bill that is looking to fight the internet’s...

Do you know what’s one wonderful thing about history?  At any moment in time society is caught up in countless evolving trends that will be fascinating some day to the...

As the years pass, technology continues to change and more innovative inventions are being developed, created, and used by people from all over the world. Within the past fifty years...