Sure, Halloween is steeped in a bloody, sacrifice-filled celebration, but why can’t we just enjoy the fun-filled side of women in sexy Tellie Tubbies costumes, new cases of child diabetes, and dental nightmares. Yes, it’s a time everybody, awaits, mostly for the costumed fun, and not necessarily the Christmas merchandise that started appearing on store shelves two weeks ago, so why not enjoy? If you are a bit shy about venturing out tonight, then why not let the Halloween spirit come to you? The internet has tons of websites ready to scare, entertain, give tips for good eats, and pictures of all sorts of sexy costumes for women… and some for men!

Start off with some horror films and clips. When some TV channels believe that films like Indiana Jones and the Crystal Skull, and Misery, with Kathy Bates are “horror films,” you need to find the really scary horror stuff! 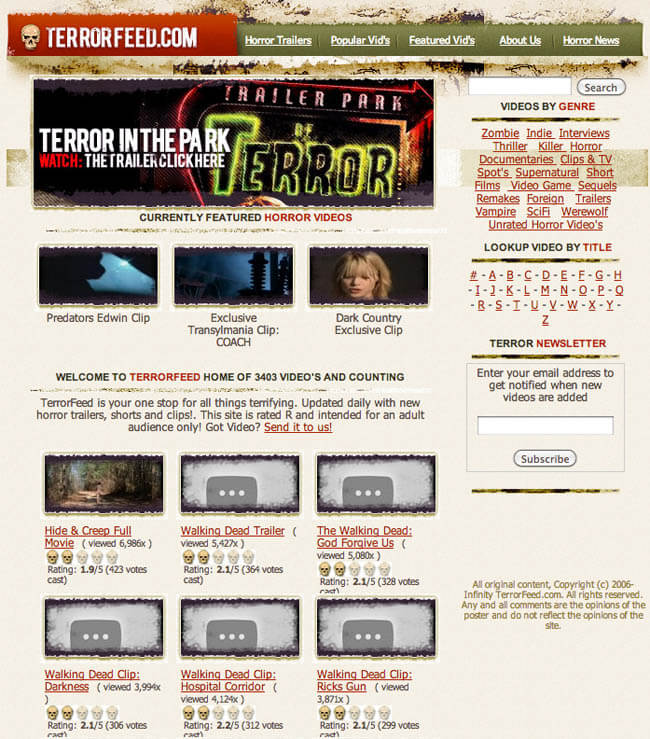 A cool assortment of images, videos, history, and spooky sculptures. 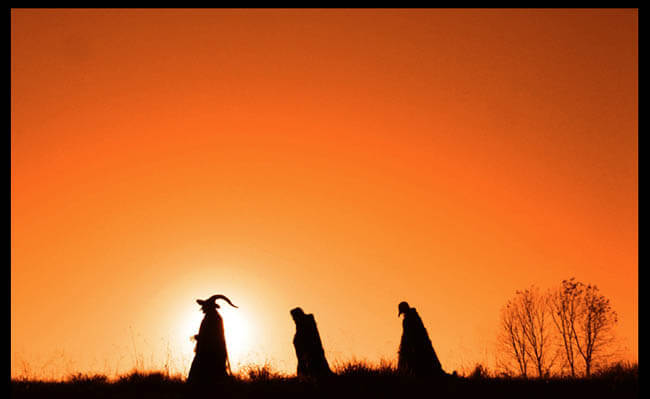 Have you ever discussed how YOU would survive a deadly, zombie-filled outbreak? Well, the next presidential election may be a few years away, so get yourself ready by playing this part video-part horror film game. 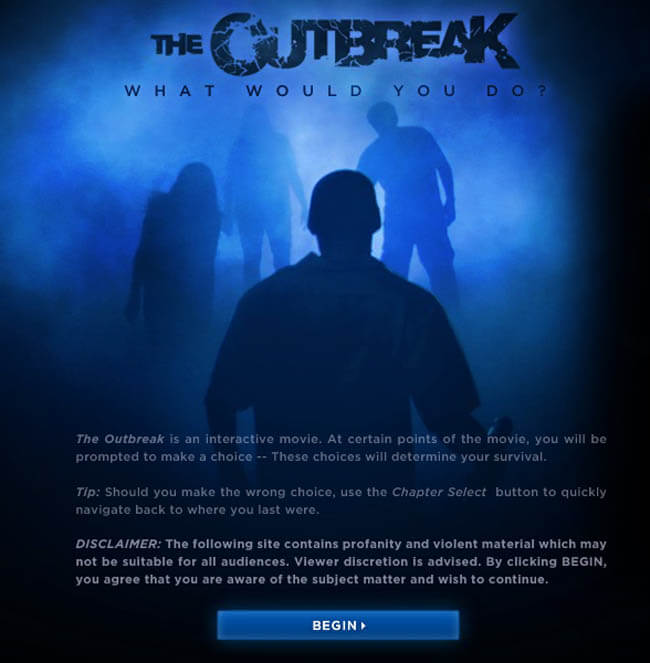 Videos, pictures, stories and other oddities. Personally, I think “Mostly Ghostly” would have been a better name, but I won’t let that thought haunt me. 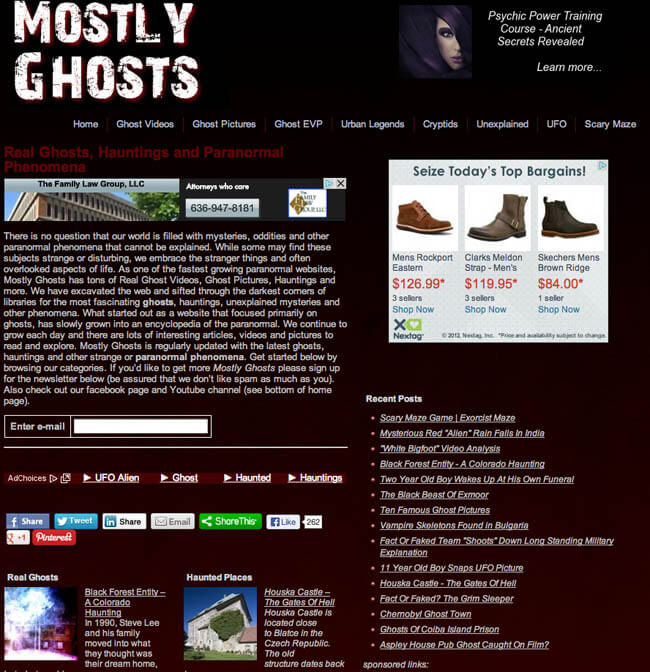 If you have never sent or received a Jib Jab animated card, you are really missing out on the best, most innovative ecards around. Luckily, there is plenty of time for you to remember friends and family by creating and sending one of these cool ecards! 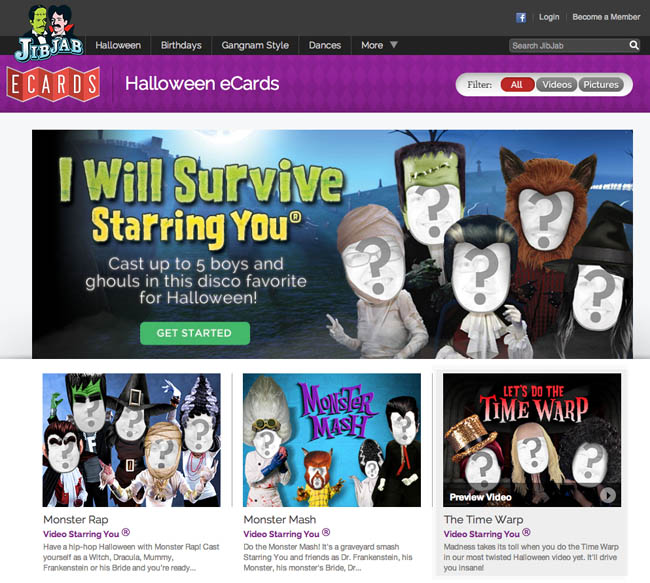 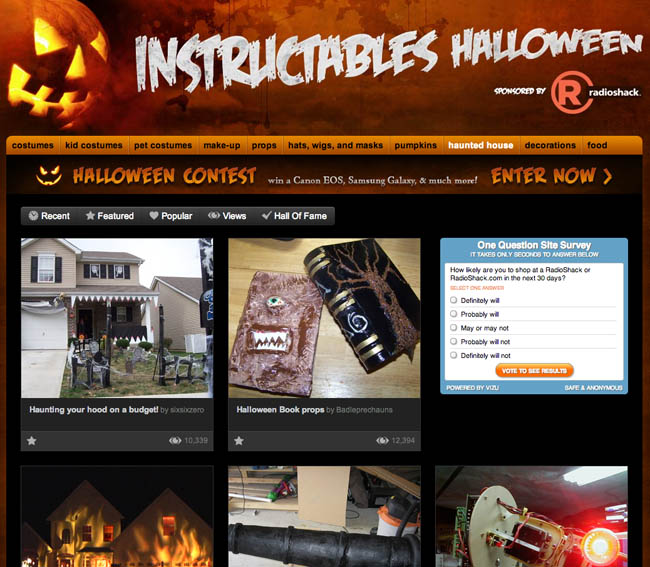 An aggregator of everything you need for Halloween scares, ghosts, movies , and more! 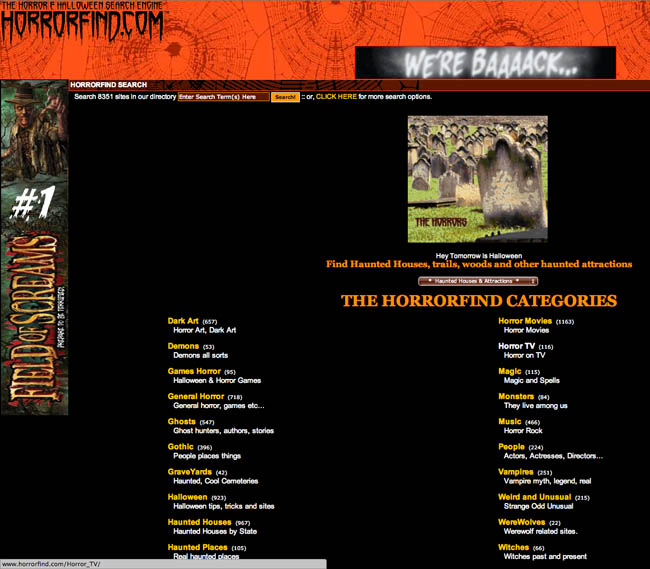 RELATED:   SOPA: A Reflection of a Mighty Battle 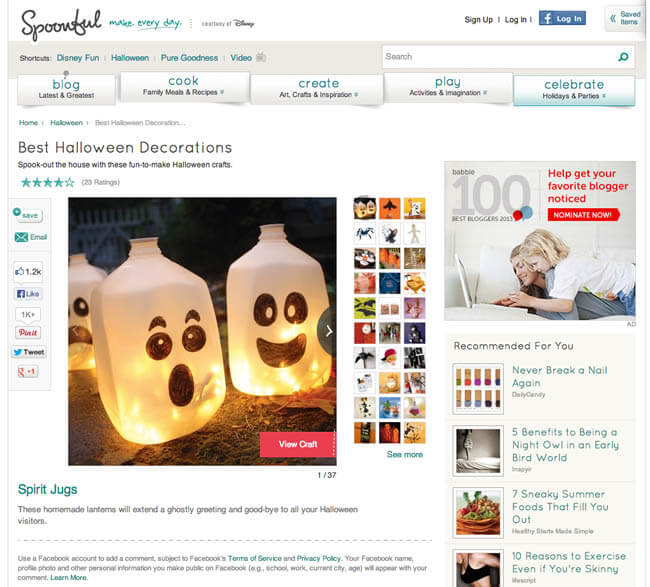 Just sitting around, waiting for the doorbell to ring? Try watching one of these Ghost-webcams. 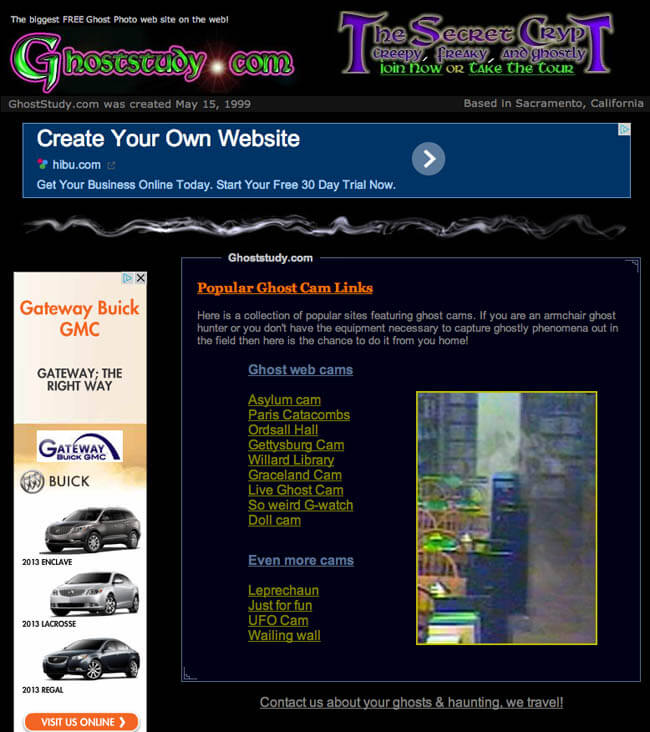 Despite the name, this site is for every day of the year, but if you want the best videos, articles and pictures for Halloween, this is the place. 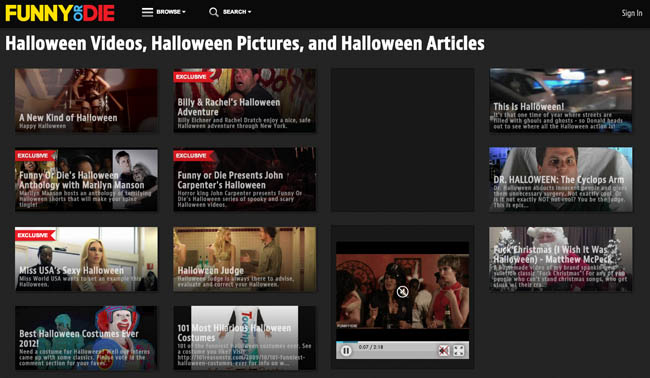 Got a mobile device? This company has a unique way to mix a costume with video on your device. Watch the video below… 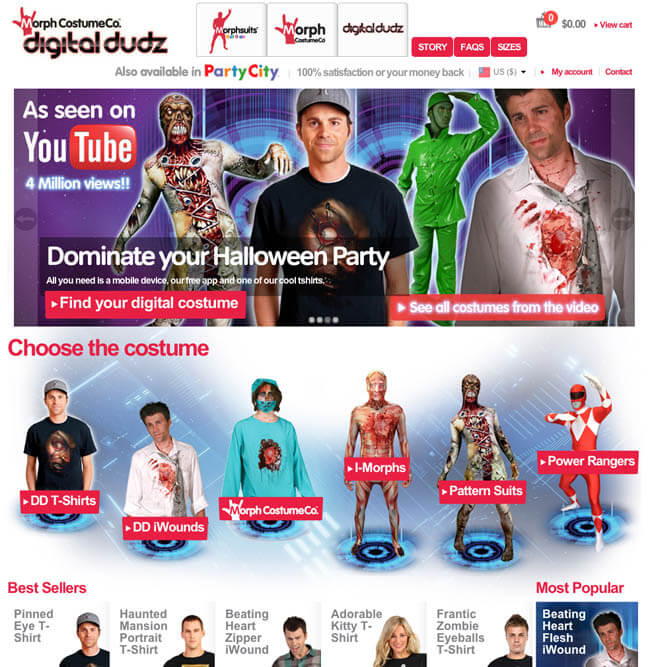 Inspiration always comes from see what others do for their costumes. There’s still time to create your own and be on the streets tonight! 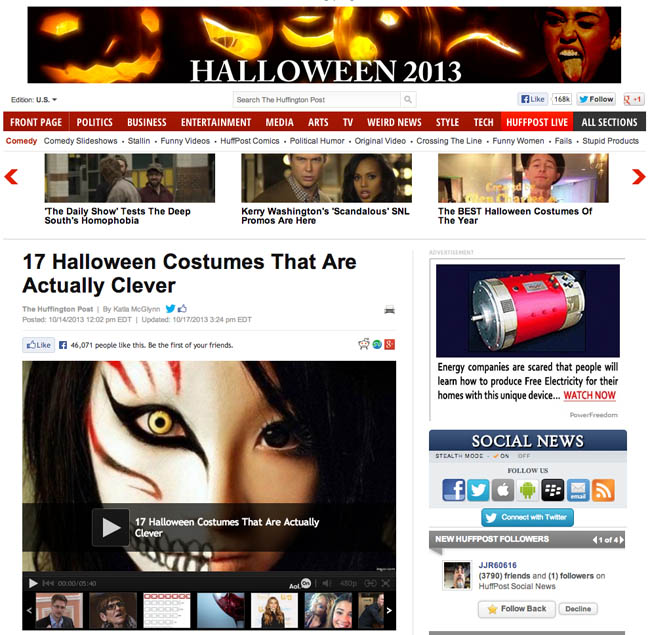 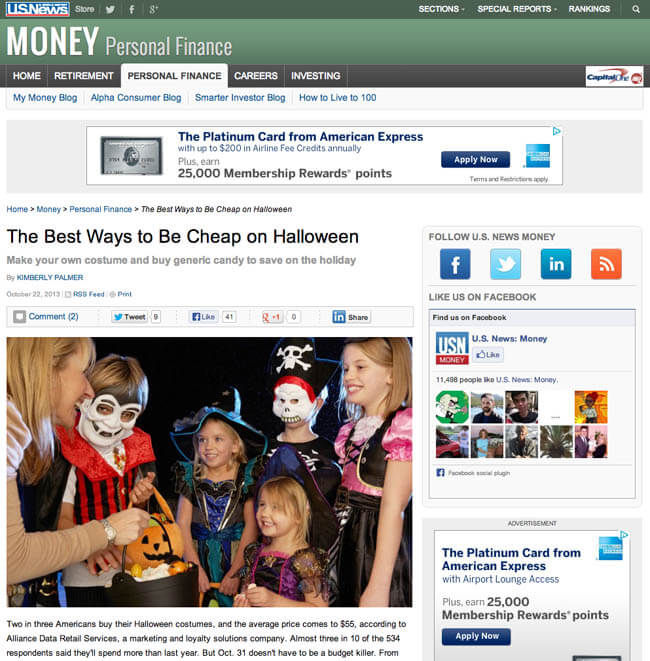 Does the site name say it all? Actually, it’s fairly harmless with lots of fun, and scary stuff to entertain Boos and ghouls. 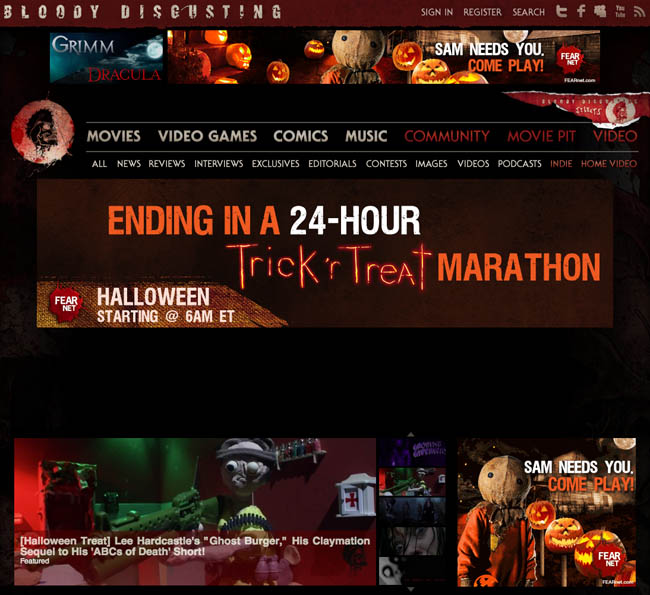 You may not agree with the ranking, but this Hollyweird site has some of the best fright fest films ever made, so if you can’t decide on what to watch, this site will give you plenty of choices… so many it will take you right through Thanksgiving. 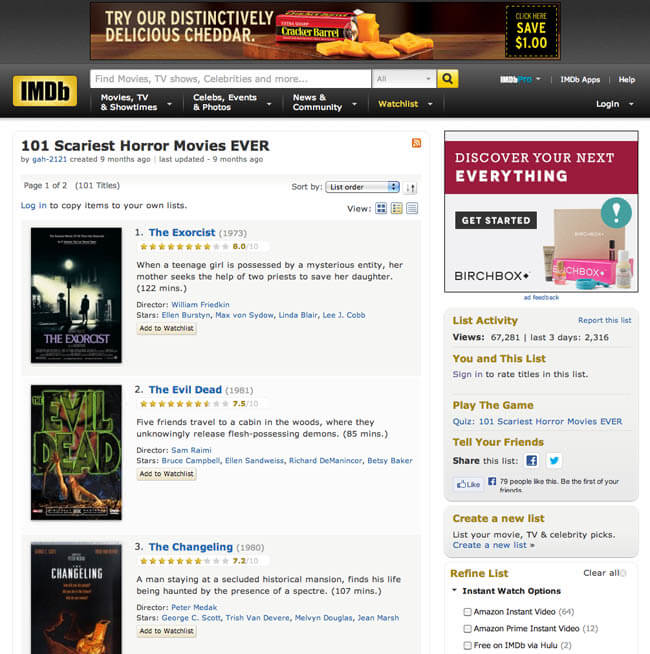 Halloween based computer games for all ages! 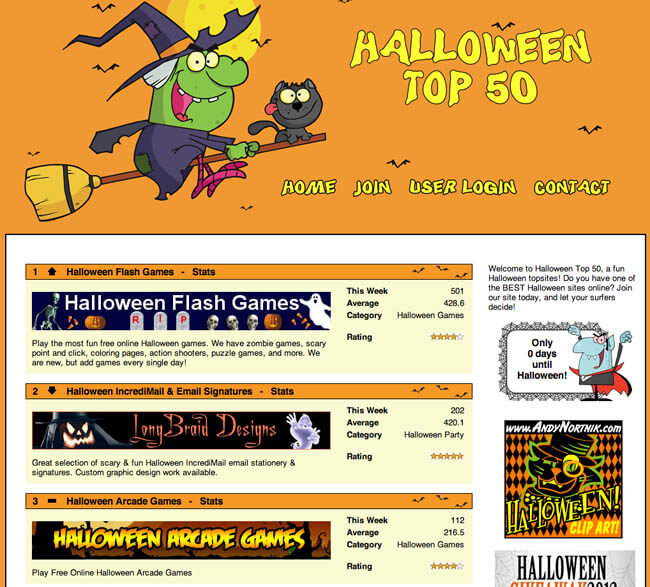 It may be the same thing we called my grandmother’s pasta dishes, but this site has ghost and horror stories for every horror fan.

What do you get when a comedian takes a frightening grim reaper costume and a remote control helicopter, combines them and terrorizes innocent bystanders? Hilarious heart attacks and soiled shorts!

How to Maintain High Traffic Websites

Websites are growing massive in size and consuming an abundance of resources. With the additions of images, videos, a multitude of links and content, they are bringing in more traffic...

There are many ways one can promote their business website with ease, and I’m sure you’ve heard of all of the popular methods such as search engine optimization, social bookmarking,...

A web design and advertising company PizzazzWeb recently released their pioneering content management system for Flash-based websites. The system makes it easy for users to create, organize, manage and publish...

The Importance of Websites and Web Design

Websites and web design is crucial for all business owners. Most businesses have a website for their business. With the advances in technology, most people use the Internet these days...

Joomla is one of the most popular content management systems available on the internet. It is a vast system with a large amount of information such as, content, images, audio...

Security experts and various studies reveal that website hacking is definitely on the rise. Today’s hackers are more advanced than ever before, often working together in close-knit communities trading tips...

Once in a while, web hosting providers stir up controversy in the industry. Recently, there has been debate over Anti-Gay extremists and their freedom of speech. As a result, some...

In this world today, it’s unbelievable sometimes how many things we take for granted. One of the ones that I think we should be most appreciative of is how readily-accessible...