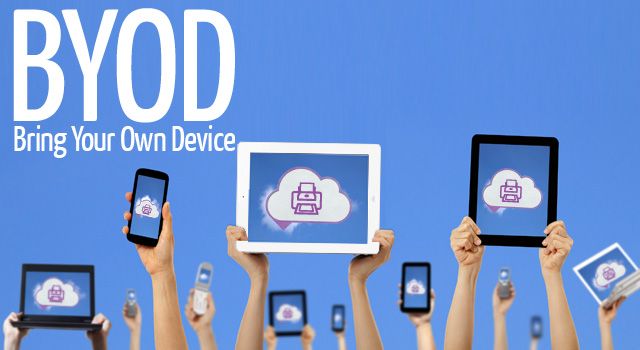 Somewhere back in time, personal digital assistants (PDA) and mobile phones were different devices. We were keeping our calendar, tasks, e-mails on our PDAs and making phone calls and sending SMSes from our mobile phones. Despite mobile phones provided basic calendaring functions, entering meetings via the numeric keypad was cramping at best (to experiment this, you can go to a local technology store and think about carrying a dumb phone and – say – an iPod / Galaxy Player, making calls in one and checking your emails and agenda on the other). Although half of the people argued that they did not want bulky electronics as their primary communication devices, there was a clear need and a clear direction to merge these two separate devices. Time has done its trick: personal digital assistants and mobile phones were molded in one pot and was called “smartphones.” 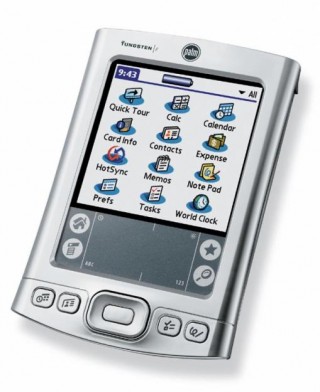 The primary issue with the pre-smartphone era was connectivity. In order to connect your PDA – say your Palm – to your mobile via the infrared connection, you needed to find the dialing number for your mobile phone to initiate the connection – something like #99*1099*#. The speed of the connection, limitations of the mobile connection protocol (WAP – Wireless Application Protocol) in contrast to the rich desktop Internet websites, forced the smartphones to catch up with the desktop. Mobile operators introduced faster connections with GPRS (General Packet Radio Service), then EDGE (Enhanced Data Rates for GSM Evolution). WAP was the first generation (1G) of mobile Internet, GPRS was second generation (2G), EDGE was called “2.5G” (because it was an incremental evolution of GPRS) and then the 3G and 4G connections, promising fast ethernet speeds (100 Megabits per second) over mobile networks.

RELATED:   Bring Your Own Device (BYOD): #8 Tips From the Field For a Successful BYOD Adoption

The Internet connection was the Pandora’s box. Although the first baby steps were watching movie trailers from your mobile and purchase cinema tickets (which was depicted in Ericsson’s “Into the mobile future” CD series, where a Swedish couple watched movies in the box over WAP and purchased tickets from their mobile phones) it eventually grow to sharing photos and videos, to accessing and editing documents and then to doing pretty much doing anything that you can do with your notebook computer. The creation, editing and sharing documents, coupled with the devices’ ability to be programmed (application installation), their ability to make decisions based on the input data (reminding you a to-do item when you are at home) made our devices even more smarter.

This brought the understanding that all I need is either a wireless (Wi-Fi) or a mobile (3G/4G) card that can make any device connect to the Internet. If I have a Wi-Fi connection at home and put a Wi-Fi card on my air conditioner, then I have an Internet-connected air conditioner. Following the same logic, I can have Internet connected refrigerator, television, media player, camera or even a dining table. “Internet connected” means the device can communicate with other devices, accept and send commands. The only prerequisites for the communication, other than the connection, are the “language” and the ability to “process commands.” That means, if I can have a method to make any device understand common commands, process them and respond to them, then I can have a smart-something, such as a smart-air conditioner. If in parallel I have something like Android or iOS or Windows Embedded as the operating system, which can accept, process and respond to commands, then I already have everything I need to make any device a smart device. Welcome smart TVs, welcome internet refrigerators, welcome home surveillance systems. This system of internet connected devices form the “Web of Things” (WoT) or the “Internet of Things” (IoT).

This enabled one of the technology’s biggest ideal of interconnected devices. Smart homes are the showcase of this concept: you control the air conditioner from your mobile, the curtains adjust themselves to the sun, the refrigerator reads the barcodes, keeps its own inventory and orders items on the Internet: a home that is working in its own for the inhabitant’s ultimate comfort. Although there is the infrastructure already present to achieve this  ideal, there are still some rough edges here and there.

RELATED:   Bring Your Own Device (BYOD): #4 Managing the Revolution

The Web of Things, willingly or not, placed the mobile phone to the center of the things. The phone is smart, has the ability to control your other devices, organizes your daily life, assists you to your destination, reads your messages, prints them, aggregates your news, finds you a restaurant and in some cases it even helps you to find a partner to spend the night.

The question is: if I already set up my own life with my own devices (mobile phones, tablets, ultrabooks), why can’t I use them at work? Why am I forced to use the company-issued phone that is technologically two years behind my current gear?

When the company works out the policies and procedures to the BYOD initiative, the next step is to start the company-wide training. The training needs to communicate the way the...

Bring Your Own Device (BYOD): #8 Tips From the Field For a Successful BYOD Adoption

Last week we have received a support request telling that a user is being locked from the Active Directory continuously. We turned to the user (who was very annoyed) and...

Bring Your Own Device (BYOD): #2 The Swift Revolution

The BYOD revolution was swift, it started and finished instantly. It did not leave any time for the corporate IT to respond or implement policies or take measures. Corporate IT...

Bring Your Own Device (BYOD): #3 The Corporate Face

Bring Your Own Device essentially became the companies’ way of shifting mobile device costs from the corporate budget to the employees (the other heavy burden on the employees is the...

Bring Your Own Device (BYOD): #4 Managing the Revolution

Quoting straight from Wikipedia, Enterprise Mobility Management (EMM) is “the set of people, processes and technology focused on managing the increasing array of mobile devices, wireless networks, and related services...

Bring Your Own Device (BYOD): #5 More Than Just Security

There are many companies which try to resist BYOD just because of the security implications. Although I see this resistance futile, it is there to stay for some time more...

The number of companies embracing Bring Your Own Device (BYOD) policy is increasing everyday. IT-provisioned, corporate-owned devices have already become a thing of the past. Companies have realized the benefits...