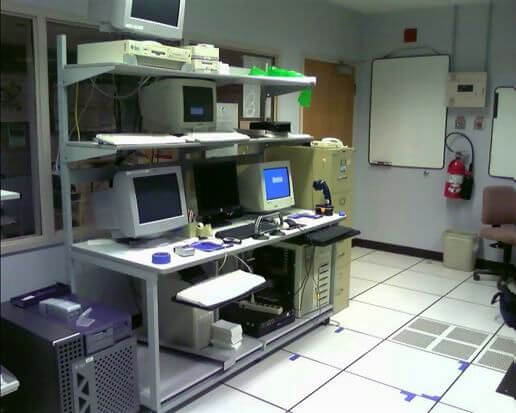 Your servers may have reached your end of life but there are still tasks they can do. With the existing hardware or with some small upgrades you can put them to good uses. With this extra mileage, you get many things: introduce new services to your infrastructure, offload less resource intensive tasks from the expensive and powerful hardware, mitigate risks. No need to say, these not only makes you get better ROI on your investment but also provide immediate savings.

One of the things I struggle in my engineer job was to find where some disk image was located. We always happened to ask each other where the image we needed was saved. We had our reasons: we saved them to where it was convenient at the imaging time. Then came the server consolidation project and we had many obsolete servers. Due to the hardware restrictions, we could not have too much options but we used its disk space to consolidate our images. The hardware was enough for the requirements, disk space was sufficient and we freed +150 Gigabytes from our expensive storage.

As the private cloud engineer, I got the next four servers. I have configured them to serve two jobs: first as secondary Windows Server Update Services (WSUS) servers, next System Center Configuration Manager Software Distribution Point servers. I have used four servers, one for each remote location. That means, I have saved one server hardware plus storage space in each location. I have also configured one additional server as a Red Hat update repository. You can also repurpose servers for Read-only Domain Controller or Branch Cache roles to be used in remote offices.

In a casual conversation with our colleagues in our user support department, we figured out that we needed a general purpose, least importance storage space to use for temporary things. These are the temporary files you will need for a couple of hours or days maybe but you will not care if they are somehow lost. We had a really old server, which could run Windows Server 2003 but nothing more. As being one of the Linux platform admins, I got the server and installed Free NAS on it. That dying beast turned into a mighty dragon and saved hours for each of us, which we were losing without noticing.

You can repurpose your old server as a dedicated DHCP server. If your network infrastructure isn’t handled for ages and you have a lot of unused IP addresses here and there, you may need to rethink about taking the situation at hand (fixing the unbroken before it is broken). If you have a server capable of running Windows Server 2012, then you hit the jackpot. You can configure it as a DHCP server and then go on to implement IP Address Management. I cannot say that this will be a piece-of-cake configuration, it will involve some number of steps which should be carefully thought of and implemented. Once done, you will realize that it deserved every effort you spent.

Similarly you can use the old servers as access or firewall servers. You can use the obsolete servers at hand and create a clustered firewall. You can think of using SmoothWall or you can use IP Tables with Linux High Availability. Similarly you can also configure your servers for allowing access to the internal network, such as Direct Access. Your servers may not have the minimum requirements to host each and every role, but you can combine your obsolete servers to host the service.

You can also think about hosting the print server role. It may be that your current print server is running near full capacity or you need a separate print server. Printing is not a resource-internsive task, so you can pretty much install a newer Windows Server release and go. Of course, if you have the drivers, you can also opt for a Windows Core installation and heck, even Linux Print Server, which will run even on an older hardware.

Some companies would like to keep things in the data center, not use the wonderful cloud options such as Office 365, want to have an email & collaboration platform yet do not want to pay licensing. If your company is one of them and you feel like you are trapped, you can use your old servers to host open-source collaboration tools on a Linux installation, such as EGroupware, Kolab, OpenGroupware, SOGO etc..

This is not an exhaustive list and it is not intended to be. These are the first-hand experiences from the field to give you an idea on giving your servers a new life and having better ROI on your infrastructure. When you involve your IT team on repurposing the servers and discuss your projects with them, you will see what amazing ideas they will come up with.

Life on the virtual cloud can be a great experience for tech users. Being able to store, manage and access information and data wherever you go and whenever you need...

VPS, or virtual private web servers, is a term used by most hosting companies to refer to a virtual machine. This virtual machine acts like a dedicated server, in the...

What Are Web Servers and Why Are They Needed?

The web hosting industry appears to be incredibly complex to most novice webmasters, especially those that are not familiar with crucial web hosting terms. One of the most basic web...

Security experts and researchers have found a risky vulnerability in GnuTLS, a secure communications library for SSL, TLS and DTLS protocols and associated technologies, which has experts frantically urging users...

The United States Federal Bureau of Investigation (FBI) recently seized several web hosting servers from a data center resulting in a large number of servers to go down or be...

Hybrid Servers: Helping the Environment One Byte at a Time

Internet solutions provider, Future Hosting, recently announced the addition of hybrid servers to the Washington, D.C. and Chicago areas in an attempt to further expand the company’s global environmental footprint....

One web hosting provider suggested that the best hosts choose a control panel that fits the needs of their business while others simply build a business around their control panel....