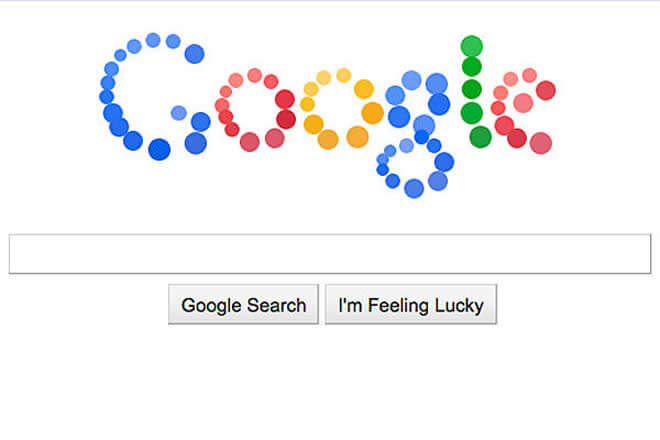 With Google’s ascent to the top of not only the internet world but the entire global business world comes the expected amount of complaints about its practices.  This isn’t to say that the complaints are all knee-jerk, more that there’s probably some statistical average of, shall we say, “yuck” that a company needs to participate in, in order to get that far.

So this isn’t unexpected.  The bigger question is, is it fair?  For those of you not aware of the nitty gritty, we take a look here at some of the biggest complaints lodged against the king of search engines, maps, and about 50 other services, to see whether or not they deserve all of the bad rep they’ve gotten.

The problem: Google is still thought of first as not only the world’s most used search engine, but in some cases the world’s only search engine.  “Google” is a verb; you never hear someone saying that they are going to “Bing” their name.  This has placed immense importance on the search engine’s results, which in turn, has caused some to object that the rankings the search engines give to certain results are not fair.

Our take: The problem with this objection is that we have now collectively come to any real determination about what a “fair” search engine would look like.  An example of this is the complaint that newer sites often get nudged out in favor of those of established sites.  But is that not arguably a good thing?  If I made a website tomorrow called the “Toyota Checkers Club”, should the term “Toyota” really give equal weighting to both my site and the car manufacturer?

A more reasonable complaint is in the assertion that Google may favor their own sites and products disproportionately to that of other web sites that are just as popular and established, offering the same services.  Google has responded in turn that they do not “cook the books” to favor their own sites.  Are they telling the truth?  On this one, we suggest stepping back and seeing what the hard data says before drawing any conclusions.

The problem: As big as Google is, they are still subject to the law.  Being a global company, this means that they are subject to many competing laws.  While some of them have drawn little criticism, such as their compliance with the Digital Millennium Copyright Act and removal of child pornography web sites, it was their alliance with the Chinese government that drew the greatest condemnation.

China has had what is known as the “Great Firewall” in place for roughly a decade now, and if Google was to take part in Chinese electronic society, it would have to submit to its requirements.  For a while, they chose to do exactly that, and a firestorm of complaints followed.

Our take: It is perhaps a minority position, but we consider this the most unfair of all the complaints made against Google.  China’s policies are not Google’s fault. To the end, it appears that Google stretched China’s electronic rules to their limits.  One example of this is the fact that users who had their search results censored, as happened with people who attempted to find information on, for example, the Tianamen Square Massacre, were told that they had their results censored.  This is a rather amazing concession, as it practically begs the user to hack around the firewall to find out more.

Moreover, what Google probably realized and Chinese authorities didn’t, is that users who want to get around their restrictions can.  Hackers live by getting around restriction.  So while governmental buffoons are running around trying to find what the hot term of the day is to censor, the billion users are finding hundreds of new terms to say the same thing.  Playing along with the Chinese government probably did wonders in letting those who knew how to play with Google’s systems to get out of it what they wanted.

RELATED:   Knowing When to Choose a Cloud Hosting Plan

And when even that wasn’t enough and China started hacking Google for user information, they finally pulled the plug.  No, on this one, we can’t convict.

The problem: We probably don’t even need to define the problem.  Any company whose currency is information is naturally going to get involved in situations in which they are accused of using that information inappropriately.  There are too many examples of this to easily list here.

Our take: The problem with this complaint is that while it is in an area which one would be rightly concerned about, so far few of the complaints have been that specific.  They have mostly taken the form of noticing cooperation between Google and various governmental authorities, but not making much of the way of exact charges.  This leaves us in a grey area of worry without hard evidence.

We are not going to go so far in this case as to de facto clear Google of all wrongdoing.  What we can say is that we are not seeing the tendency we see in, say, Facebook, to see just how fast they are capable of selling themselves out.  We’re not saying it’s not there, only that as of right now, we need to see more solid data.

RELATED:   To Blog or Not to Blog?

Summarizing some of the other complaints about Google we have the following:

For most of these issues, we’ve given Google a partial or total pass, or at least the benefit of the doubt.  This may make it sound like we’re acquitting them across the board.  We’re not.  As Google sticks its hand into just about every area of the World Wide Web experience, it’s right to keep a close eye on their activities.  So far though, for being one of the biggest companies in human history, they don’t seem to be doing all that bad a job of following their own motto “Don’t be evil.”

What is the Google Caffeine Update?

Google is renowned as the king of the search engines, mostly because of heir patented algorithm that is used to index and rank the entire internet effectively. Every couple of...

You may have heard the news that Google is implementing new keyword data that affects SEO. If you’re confused, you’re in good company. Most marketers are panicking at the news,...

What is the Google Sandbox?

The Google Sandbox (also known as aging delay) is the theory that new website rankings are temporarily reduced placing them into what is known as the sandbox. Release of these...

Google Vs. Death: Has Google Finally Met Its Match?

Google announced its plans to vanquish death and, oddly enough, not too many people were surprised. The company who has mastered the search algorithm, addressed Internet security and tackled world-wide connectivity...

Having Fun with Google!

You know Google as a search engine.  You also know that, like all search engines, they constantly add different features to bring in more users.  So you’ve probably heard of,...

Will Google Glass Change Society for the Worst?

The mobile phone is accused of killing face-to-face human interaction. Facebook is now inserting suggested pages and advertisements that are making users very angry. What can be expected from Google...

Will Google Give Ranking Preference to Websites Based On Security, Rather Than Content?

On August 6, 2014, a post on Google’s Online Security Blog announced that the tech juggernaut had recently been experimenting with its search engine ranking algorithms. Google admitted to running...