Every day, we see some incredible and impressive marketing ideas. With the constantly evolving marketing challenges and new technology introduced, it takes some really brilliant work to keep up with how to reach consumers. Here’s some of the latest amazing things found around the web.

What’s the easiest way to sell a product? Sell it to the established fan base who will buy anything associated with the product!

If it says, Star Wars, Star Trek, Game of Thrones or, in this case, Harry Potter on it, fans will plead with you to shut up and take their money. Scholastic Books will release a collection of the Harry Potter books, all with new cover art, in a boxed set (also available as separate books). 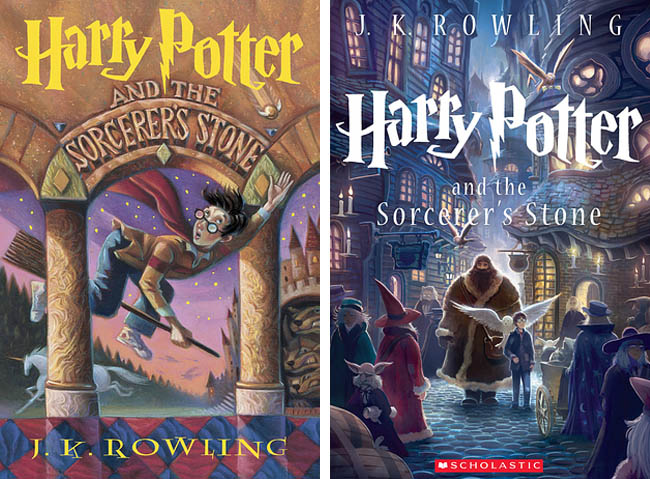 The new illustrations are the work of New York Times bestselling author and illustrator Kazu Kibuishi, who is best known for the Amulet series of graphic novels. However, Artist Mary GrandPré’s original illustrations for the series will continue to be featured on the U.S. hardcover and digest paperback editions. I guess that certainly covers all bases and creates a multiple market for what is basically one proven product.

In November (just in time for the holiday gift-giving season), Scholastic will also release the first boxed set of the complete “Hogwarts Library,” a supplement to the seven-book series that includes school books “Quidditch Through the Ages” and “Fantastic Beasts and Where to Find Them,” as well as the book of wizard children’s stories, “The Tales of Beedle the Bard.” All sales from this boxed set will support the charities Lumos and Comic Relief.

See all of the new covers HERE.

If you’re a rabid Harry Potter fan, you might like “28 Things That Happened After The Harry Potter Books Ended.”

Sure, today these are just for fun, but some great products have come from spoofs. To celebrate National Ice Cream Month this summer, Philadelphia-based independent publisher, Quirk Books, imagined what it would be like if the worlds of books and ice cream collided. With existing flavors like Wavy Gravy, Cherry Garcia, and AmeriCONE Dream (after Steven Colbert), why not incorporate these flavors into the Ben & Jerry’s line of ice creams? 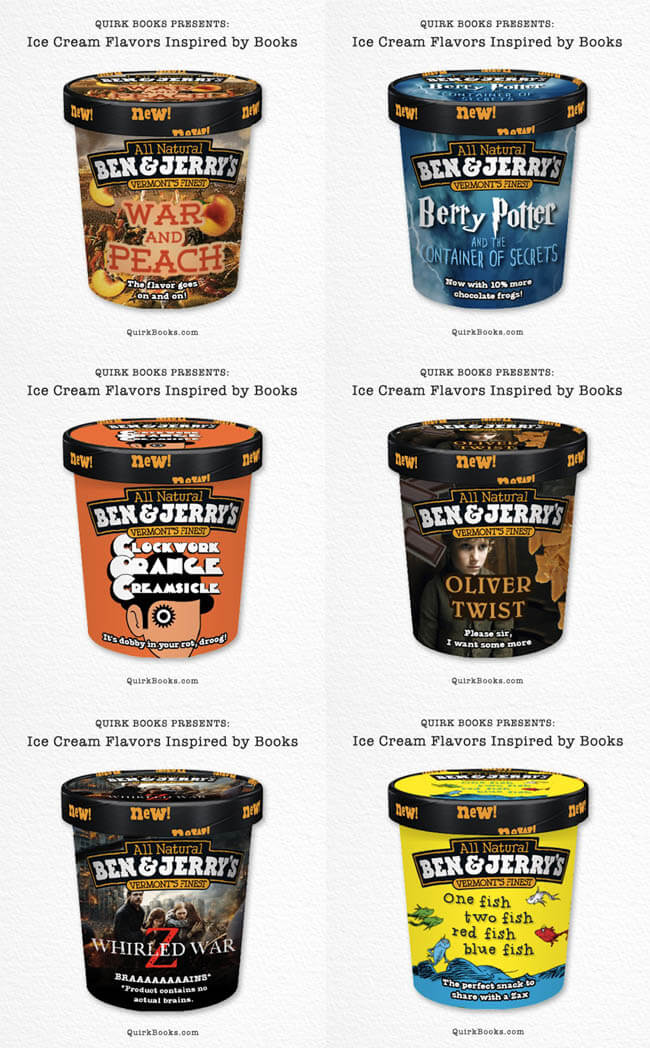 There are counties and cities that are banning the ubiquitous plastic shopping bags most people reuse for trash or picking up after their pets, but still find their way into places they shouldn’t be.

To discourage the use of plastic bags, creative agency, Mother London, created a range of carrier bags with “embarrassing motifs” in the hope of embarrassing bag users from carrying around unneeded plastic bags. The “Uncarriable Carrier Bags,” as they are called, are decorated with faded back designs that make its users look as if they’re carrying around explosives, weapons, drug-taking equipment, and sex toys inside the bags. 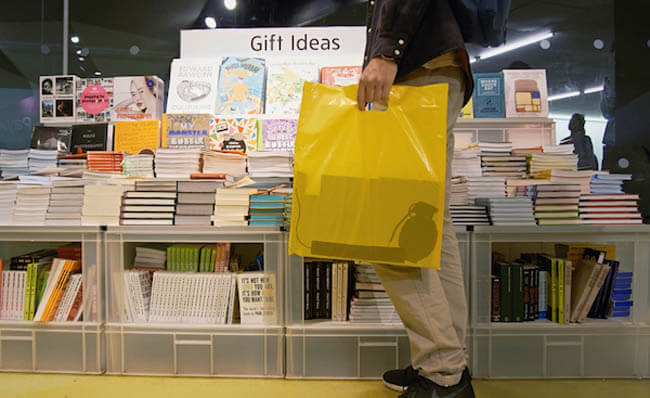 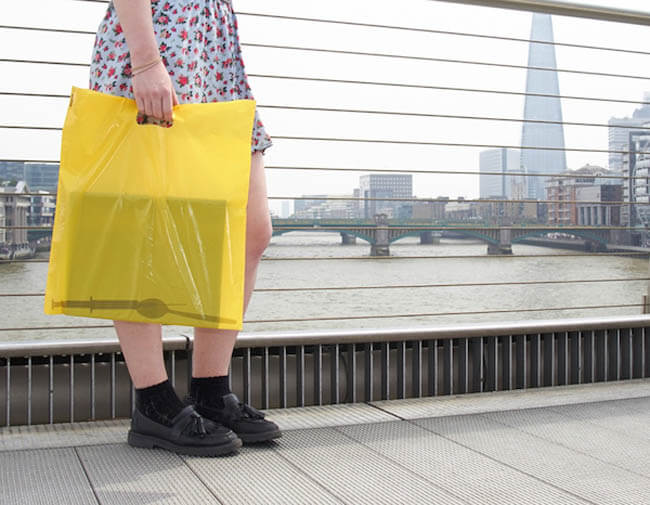 The bags aim to bring shame to those toting them around, and send the message that plastic bags are bad and to encourage users to carry reusable, green grocery and tote bags. Good luck, because these are just too cool! 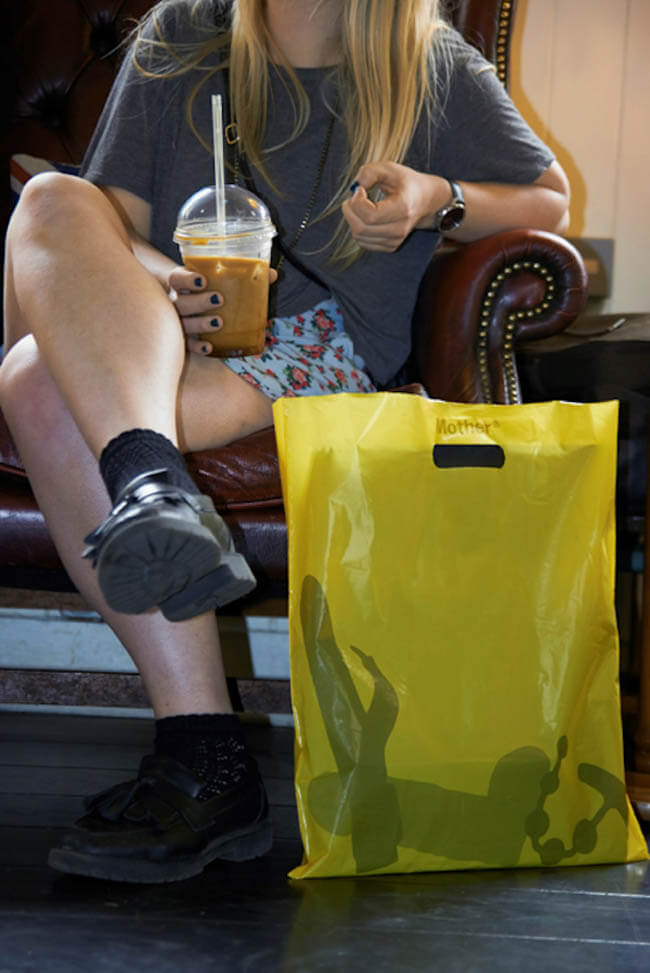 One thought the creators didn’t consider is that the police might not think a bag that looks like a pistol, grenade or drug needle is so funny and stop and searches will probably increase. As for the sex toys, there might be more dating offers to the carriers. 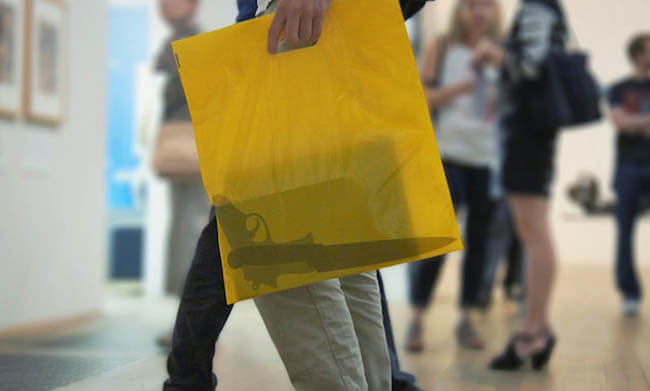 In China, a wok is the number one cooking pot found in every kitchen, so competition among wok makers is fierce. Lose out and your company can hit wok bottom (sorry!). Supor non-stick pans engaged the Shanghai office of Leo Burnett and a giant wok was set up outside shopping malls in the city. 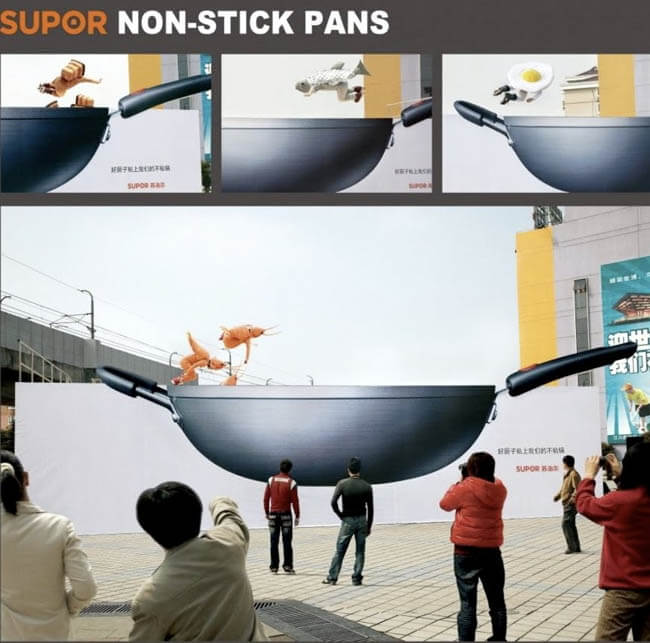 A ramp was placed behind it where inline skaters dressed as prawns, fish, pork, eggs, and carrots created the illusion of cooking non-stickiness (and the frightening image of shrimp jumping from the wok to escape the searing heat).

The Need for Speed

BBDO Toronto created a real street scene with blurred billboard, sidewalk, street sign, mailboxes, and fire hydrant to give the illusion of speed for a parked Mercedes-Benz 2012 C-350 Coupe, and received lots of press from the artistic installation. 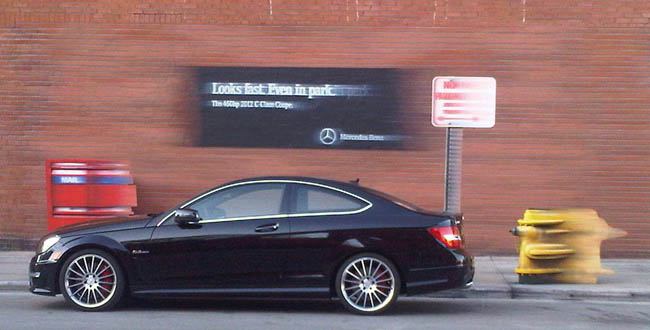 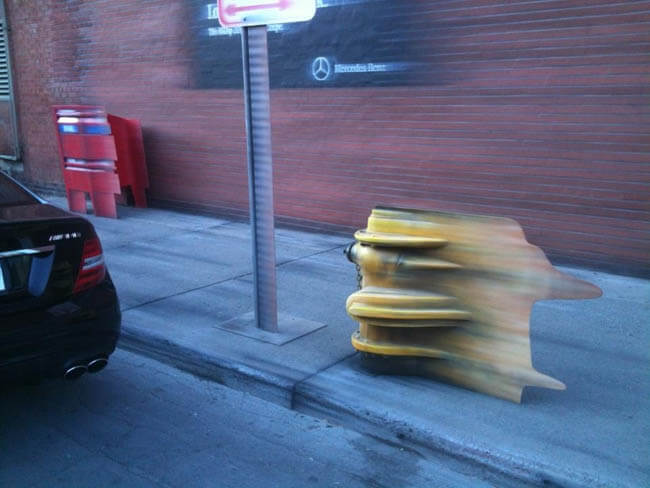 There was no report of quick car thieves speeding away with the parked car.

Google Glass hasn’t even hit the mainstream market yet, but that hasn’t stopped Taiwanese researchers from working on micro LED display technology for the next generation of wearable computers. At Display Taiwan 2013, Taiwan’s Industrial Technology Research Institute (ITRI) showcased a micro LED chip that its makers hope to see incorporated into future Google Glass headset designs. This technology would ultimately result in longer battery life and a brighter display for Google’s or other companies’ wearable devices.

In an effort to spread Facebook into more social media channels, Facebook has announced embeddable posts that will let blogs and news organizations include status updates, videos and photos in stories. The posts work in the same way as embeds from Twitter and YouTube. Once your account is enabled (and set to “public”), you will have the option to “Embed post.” That will produce a code you can cut and paste into a blog entry or HTML file. 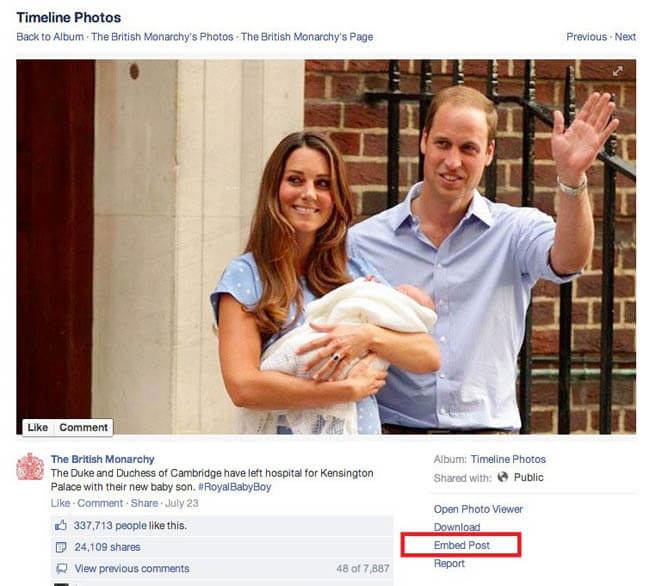 Some oldies, but goodies!

Where No Marketing Has Gone Before?

I’m not sure what William Shatner has to do with content marketing, but the crowd at this convention probably won’t be as “interesting” as a Star Trek convention.

Writing is a great way to get noticed as an expert in your field and build trust. You don’t need to be Hemingway. A simple, conversational writing style works great...

Perfect Marketing: Why You Have to Think Like a Customer

It seems simple. If you’re selling a product or service, you need to understand the consumer, especially your loyal customers and give them exactly what they want. Surprisingly, there are...

QR Codes: Are You Using Them to Your Best Marketing Advantage?

Say what you will about QR (Quick Response) codes: they are just a fad, they will be forgotten once augmented reality takes hold or they’re just an extra step in...