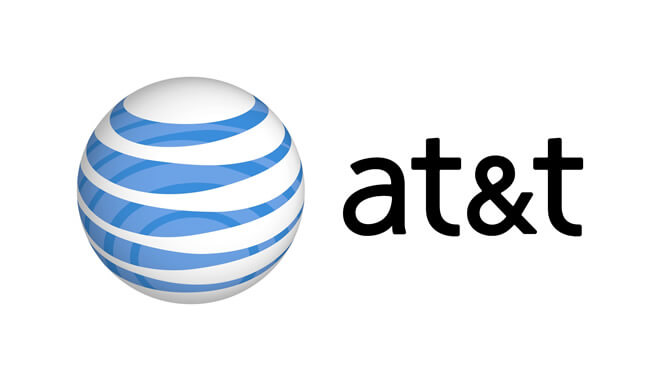 The number of competitors entering the phone market is increasing with breathtaking speed.  Making it clear that they have no intention of just letting the iPhone monopolize the market, AT&T this week revealed that it will be selling no less than 5 new Android phones.  We give you here a brief review of each of them.

The Motorola Atrix was well received upon its launch in January 2011.  The Atrix 2 doesn’t look to reinvent this new line, but it does sport a number of positive upgrades.

What is the most important improvement is probably a matter of taste.  Ourselves, we loves us some graphics.  The Atrix 2 improves this in both its input and output.  The screen is increased to a crisp-looking 960×540.  On the other end, it now sports an 8-megapixel camera with LED flash, and is capable of recording video at 1080p.  It also comes with a front-end camera and supports video calling.  A 3D graphics hardware accelerator is in there, and like most of the phones introduced by AT&T, it comes with Android 2.3 installed.

Under the hood the dual core 1GHz processor remains, but is now a TI pair instead of Nvidia.  The phone will be shipped with the upcoming Lapdock 100 to convert it into a portable PC.  This new docking station will fit more than one Motorola handheld, and should be less bulky than the original Lapdock.  The HSPA+ handset has connectivity going up to 21Mbps.  It comes with Wi-Fi and Bluetooth connectivity, and a 3.5mm headphone jack.

Possibly the best feature, though, will be its price.  With a two-year agreement, the Motorola Atrix 2 will retail for a mere $99.  If the phone turns out to be solid, this could make it a real competitor.

For those of you who are like me and need the feel of an actual keyboard, however small, Samsung releases the latest flip-open phone in the Captivate Glide.

The Glide matches a lot of the Atrix 2 spec-for-spec.  This includes its back-end camera (8 megapixel and 1080p video at 30 frames per second), Android 2.3 out of the box, a 1GHz Nvidia Tegra 2 dual-core processor, and a full gigabyte of RAM.  That’s one of two cameras, by the way, added to the front-end 1.3 megapixel.  Its 480×800 capacitive touch-screen display uses scratch-resistant glass.

It manages to maintain a reasonably sleek body despite its sliding keyboard.  Add on to its features device encryption, compatibility with AT&T’s 4G network, and an internal SD card expandable to 32GB (one site says 40GB), and this looks to be an excellent businessman’s phone.  If you’re not so interested in running to board meetings, it has on-board software support for Facebook, Picasa, Twitter and YouTube.

The first two phones look to be playing more to the professional.  The rest of the set appears to have the teenager and casual user in mind.

The biggest disappointment of the Samsung DoubleTime is that it ships with Android 2.2.  As it appears to be geared more to the social networking crowd, this isn’t the worst disappointment ever.  Add that to a small 3 20×480 display and mere 260MB of memory, and you have a phone that’s not aiming to be very high end.  As with every phone in this set except for the Atrix 2, there’s no word yet on whether or not the price tag will match the level of functionality.

On the plus side, the DoubleTime does feature a dual touch-screen display and also comes with a sliding keyboard.  That 260MB on board memory is also expandable to 32G with a microSD memory card.

The first thing that might jump out at you about the Pantech Pocket is its unique screen size.  At 600×800 it is one of the more square-like mobile devices you’ll find.  A different aspect ratio was apparently a central idea in its design, and seems to have some nice effects.  The touch-screen keyboard winds up being easier to use, and browsing web pages requires less scrolling.

The Pantech Pocket comes with Android 2.3 Gingerbread installed, and its 2.5GB on-board memory can be expanded to 32GB with a microSD card.  It’s RAM is also expandable from 600MB to 2GB.  It comes with a respectable 5 megapixel camera with flash, and can take HD video at 720p.

The device includes an in-phone compass, coupled with the complementary turn-by-turn navigation software.   It is Bluetook capable (v 2.1), and has a microUSB 2.0 port that can be used either for storage devices or for charging.  It comes with in-phone Wi-Fi, and can access AT&T’s 4G network.

RELATED:   Hosting Overseas – Is It Worth It?

Probably the most entry-level of all the phone’s here is the new AT&T Avail, built by China-based ZTE Corporation.  It is the second AT&T phone that is available on its GoPhone prepaid network (the first being the LG Thrive).

Not much other information has been released about it so far, reinforcing that this is probably a beginner’s device.  Technical specs for the device include a 5 MP camera with autofocus and video recorder.  The 3.5 inch capacitive touch screen is multi-touch capable.  The Avail has a flip-open keyboard that is curiously pink-ish.  We just thought we’d point that out.  If that’s not the most important spec for you, then it supports Flash and has a built-in YouTube player as part of its Android 2.3 installation.

While pointing out that they are not placing all of their bets on it, AT&T spokesman Seth Bloom stated “We are bullish on Android and it is a significant part of our portfolio.”  They must be.  They promised 12 new Android devices before the end of the year.  This latest set blows that number out of the water with a total of 19.

These five devices seem to cover most of the mobile world’s general demographics.  In other words, no matter what level of portable device you need, it looks likely that one of the five new Android phones will be close to what you are looking for.

If you are an online business owner you’ve, no doubt, jumped into the world of ecommerce.  Ecommerce has sparked such a revolution that four out of five businesses have online...

Do you have everything you need to finish out the semester?  Notebooks, pencils, pens, that messenger bag you saw that looked like it could hold half your textbooks and your...

Let’s get it out of the way, first of all.  Just about every article that you read about the new Android software is going to throw at least one cutesy...