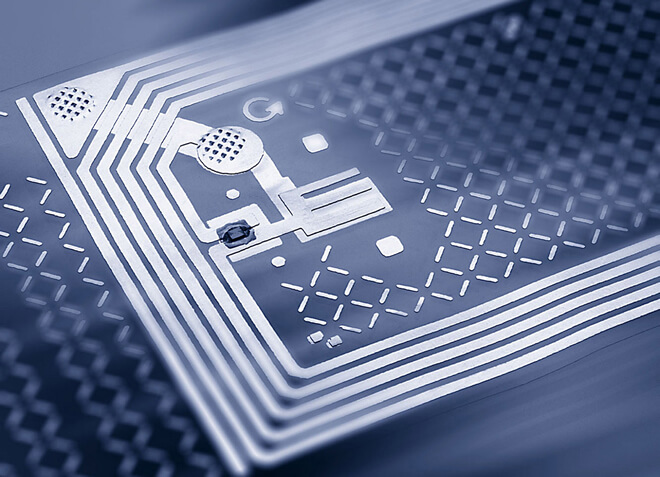 It begins with an old story. Someone accepts a new position, and as a part of the job, he will be issued various resources in order to do his job properly. These could be many different things, from smart phones to laptops to even a company car. Years ago, the new employee would sign a contract stating that they recognize that the equipment belongs to the organization and would be returned in excellent condition and immediately when asked. Well, unfortunately, the expected happened. Laptops went missing and reported “stolen” and other similar incidents. Unfortunately, when a flaw like this exists, it can prove to be too strong of a temptation for even the most loyal employee. This creates a loss of money, time and manpower within the company as the matter is investigated; time is lost along with the equipment no longer being in use and more funds are finally invested to replace mishandled items. In order to satisfy the needs of an ever-growing diverse workplace, technology once again is tasked with finding a cost effective solution.

What is RFID and how is it used?

RFID refers to Radio Frequency Identification. It is a small-sized chip containing item-specific information and antenna to transmit the data wirelessly when brought within the range of the RFID scanning device. The chips are placed within an adhesive label which is often just as thin as a barcode stamp. RFID tags do not have to come in direct contact with a reader in order to initiate data transfer, however. Passive tags (which are activated by the presence of a scanner and do not contain their own power source) can be read as far as 100 feet from the reader and multiple tags can be processed at one time. Active tags (which contain a paper-thin battery in order to increase range) can be read as far as 300 feet away and do not need to be within line of sight of the reader. Many corporations and also departments within the government itself have already mandated the use of RFID tagging as a part of their supply chain management techniques, saving them hundreds of thousands of dollars over only a few years because of the benefits of this system.

While there are many uses for RFID tags in many different environments, we will focus on the following uses within the scope of this article:

Through the use, of RFID tagging technology companies who often have equipment that is to be “checked out” each day and returned within a stated amount of time like hand held scanners, business cell phones, or even cars, are now able to automate the process. For example, a company car is assigned to an employee who will be taking a weekend-long business trip to a conference in a distant city. When he goes to pick up the car, he signs for it and then takes his keys, gets in and drives off to his location. On the windshield, there is a plastic case that not only will make sure that his tolls are charged to a company account (ensuring proper accounting for off premises incurred costs) the RFID tag within it, this tag reacts to the reader inside the company garage as he leaves. The scanner activates the chip and takes in all information about the car which has just left and is wirelessly transmitted. It time stamps the record and files the information within a database.

RELATED:   The Internet of Things: 5 Reasons It Matters

Let’s say that the driver chose to take some unauthorized time at the end of his trip, making him late to return. The tag will produce a record when he re-enters the company garage. The discrepancy in the record will create a flag in the system. From there, the computer system can be set to notify the appropriate level of organizational security to handle the incident.

Many corporations including Wal-Mart have begun mandating their suppliers to use RFID tags on each pallet. Generally, one pallet contains a specified amount of one product making tallying a total easier. Also, by doing this, the supplier makes the shipping and recording process much more streamlined as RFID scanners read multiple tags at the same time and do not have to be within the line of sight of the scanner itself to operate. When a company as large as a department store receives a shipment, it is usually several hundred if not several thousands of pallet containers in size. If this process were to be completed manually, it would require massive amounts of man-power to perform the initial count, then checking against the manifest and making sure to correct any other errors that may have been made thanks to ordinary human error.

By using RFID tags on each pallet and, shipping only single item pallets, the tags are read as they enter the site, many of them at a time and the data checked against the database and red flags created if any discrepancies happen to occur. Because of this technology, there is less economic loss to the company from items handled improperly when RFID was put in place. The gains were indeed significant enough in some cases to offset against a newly constructed store taking a loan in order to implement this technology even before the grand opening.

Often when a customer enters a store, they will not even take notice of the large standing RFID scanners that are in the entry way. Often they look like strange impressionist art or a metal detector. Often stores that have these within the entrance are large chain stores or specialty stores that offer high priced items. On the item itself, often inside the product container or packaging but behind the bar-code will be a RFID tag. When the tag is scanned by the clerk, it becomes deactivated. From that point, the customer can get their package and leave the store with no problems. If a customer instead chose to take the package from the shelf and hide it, walking out the door without visiting the clerk, the passive (but still working) RFID tag would become operational by the door scanner, transmit the information that the item had not been paid for and sound an alarm, all in a matter of moments. The use of RFID in this way is perhaps the oldest practice in the history of the technology and saves companies millions each year from shrinkage.

While not a new technology, but rather an older one made possible by the advancement of engineers making smaller, lightweight chips, RFID tagging has a future ahead of it in the area of enterprise resource protection that cannot be overlooked. While it may not ever replace the ubiquitous bar codes, it does and will continue to make the data collation process more efficient and, even in the end, automated. The resulting savings to corporations in man-power, shrinkage and mishandling makes what would be a daunting investment initially, a common sense business practice.

Is Cloud Storage the Pinnacle of Technology? What’s Next, if Anything?

When it was first introduced into public servers, the cloud was a mysterious entity that confused the general public, but it did not take long for people to see its...

Flexible Display Screens: What Does This Technology Mean for Businesses?

Size doesn’t matter? Sure, everyone knows that’s a lie. Bigger is always better and despite the shrinkage of the iPad just look at the mobile phone market. Screens are getting...

CIO Perspective: Be Careful with These Bad Technology Decisions

As the CIO, you are building the technological roadmap of your company for the coming years. There are some decisions that are likely to have serious consequences in the future,...

Life Blogging and the Web 2.0

In today’s connected world, words like “blog,” “LiveJournal” and “Twitter” bombard us. They are featured prominently in the news.  Co-workers, family members and friends are eager to give each other...

When faced with the ever-growing horde of content delivery network providers, it becomes increasingly hard to pick the one that’s right for you. Whether you’re looking for top-notch cloud computing,...

It has been seen in countless science fiction: a city where the LCD advertisements target themselves to your interests, where everything is wireless and automated, and knows your name, birthday,...