Although cloud computing is one of the biggest, if not the biggest thing in IT, we cannot say that there are no concerns and all is OK when you decide to migrate to the cloud. In fact there are too many concerns that hold companies back from migrating to the cloud. We cannot say that these concerns are not valid but we have to analyze them to see if they are real barriers to migrate or just perceptions.

It is not about the ownership of the data but rather the “things” they have in the cloud. Suppose that you have purchased a new rack server that you have successfully deployed. After some time you see that it is not utilized fully; in fact the energy it consumes compared to the services it provides makes it an economic “loss.” You can consider to shut it down, but most probably you will not take it off the cabinet. It is in fact more valuable to you than it actually is: although it is an economic loss, the ownership makes you perceive it more valuable than it actually is. But don’t worry, this is all about being human: on average people value things they own 30% more than they actually are according to the studies by Prof. Dan ARIELY.

But this behavior will inevitably trap you in the cloud space. Imagine the same scenario we have just talked, but not in your datacenter but in the cloud. You have faced a 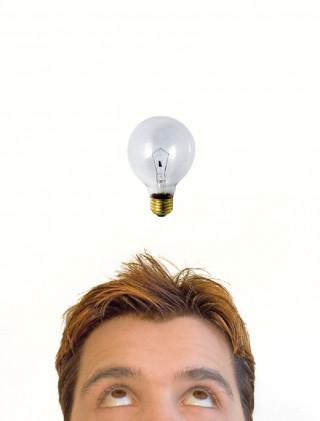 As human beings we have our own bugs. Of all, these two can have significant effects in your cloud adventure.

high demand, deployed another server to meet the demand and now the demand came back to normal levels. If you fall into the trap of ownership and keep the resource – the additional server – you will end up paying for something that have no value other than satisfying your feelings.

RELATED:   What Small Business Owners Should Know About Cloud Hosting

“Every Time We do It This Way”

RELATED:   CIO Perspective: Risks of Shadow IT in the Cloud Era

But cloud computing is none of those. Since the cloud inherently is abstraction of the systems from the underlying hardware, it becomes distributed. The server is no longer tied to server, cabinet, building or even a geographic location. Rather it is distributed geographically to avoid single point of failure.

This brings us to a new way of thinking. We cannot design systems in the cloud as we have designed them in conventional or highly virtualized datacenters. This is not only about avoiding the possible performance issues but also about taking advantage of the high available and scalable solutions. Otherwise it will just be “the same ol’ way of doing stuff.”

RELATED:   Is the Cloud Really a Threat to the IT Department?

It’s Now All About You, Not the Provider

Until now, in the articles I have spoken about the cloud providers in general and have an article specifically about choosing a cloud provider. This time, I flipped the other side of the coin and wanted to make you aware of the two traps that are neither technical nor financial, but just about being human.

The Effect of Cloud Computing on the Data Center

In May of 2012, I have published a blog post and discussed the types and the evolution of the data center. In this article, I will take the discussion further...

The Future of Cloud Computing – Where it’s Going, and What it Means for You

The more that one looks into and considers what cloud computing is, the more it takes on an eerie quality.  As integrated into our lives and even commonplace as the...

Is Cloud Computing Worth It for Your Business?

Fun fact: In 2010, companies spent $21.5 billion on cloud computing services. Experts estimate that by 2015 the total cost of all businesses using the cloud will be around $72.9...

The cloud is one of the hottest topics in the world of network computing and more recently, IT hosting and e-commerce.  Though it has proven to be a cost-efficient technology,...

Cloud Computing the Focus of Next Year’s Parallels Summit

On November 20, global leader in web hosting automation, virtualization and cloud enablement, Parallels, made the announcement that Melanie Posey will be giving the opening keynote address at the Parallels...

On Tuesday April 14, 2009, Netmagic Solutions, a web hosting provider based in India, announced that it has become the first hosting company in the country to offer cloud computing...

A Bundle of Content Management System, Cloud Computing and eCommerce

Three of the hottest current topics on the Internet are content management systems (CMS), cloud computing and eCommerce. Each week a variety of new products are released delivering an increased...

We live in a day and age where technology is advancing so fast that just ten years ago we could not have foreseen the technological advances that we enjoy today. Certainly...

A Dark Cloud: Anonymity and Privacy Fall Further Before a Cloud Computing Experiment

An ominous headline quietly passed through the electronic ether recently.  Carnegie Mellon University published a paper entitled “Faces of Facebook: Privacy in the Age of Augmented Reality (PDF).”  The paper...

Seriously, What is the Cloud?

The formal definition is, well “formal” and we’re inclined to think it like a definition that has been made specifically to confuse rather than explain, but we will start with...