Ubuntu is the heavyweight champion of the Linux world.  It is the most downloaded and used of all Linux distributions.  Its interface is easy to use, and it allows for heavy user customization.  However, with their newest upgrade to Ubuntu 11.10, or Oneiric Ocelot as it is called, the champion is taking a few body shots.  The beloved Linux distribution is facing an uncharacteristic level of user crankiness with this new release. 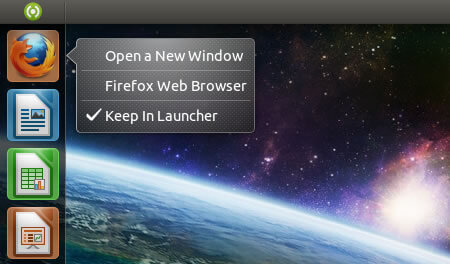 As minor as it may seem, one of the most common complaints that the Ubuntu user base has with this version is the Unity bar, which is Linux’s equivalent to the Windows task bar.  In this new Ubuntu version, it is permanently stuck on the left hand side of your screen.  Also, the icons available on it are not customizable and you cannot choose which folders are accessible from there.  Being less customizable than Windows is never a good start.

A much bigger reported problem is that users are having issues making the jump from Ubuntu 11.04 to 11.10.  In a great deal of cases, it requires that the user do a complete reinstall, a massive shortcoming for such an ostensibly minor version increase.  Missing files, changed extensions and just about every type of upgrade headache has been reported. Having to re-installing 3rd party programs certainly doesn’t ease the pain.

Users who had upgraded to VMware Workstation 8 (which is a large percentage, since most Linux users are either IT employees, system admins or “super users” of one flavor or another) experienced the most trouble with upgrading.  Their systems frequently locked up, requiring a rescue disk and many hours spent backing up their data, using a fresh, virgin install of 11.10 and then moving back all their data to the system and reinstalling VMware.  We weren’t exaggerating when we used the word “headache”.

RELATED:   What OS Should You Host With?

File organization and ease of use

On top of the new problems, Ubuntu 11.10 did not address a lot of the more serious previous issues that users complained of regarding file and program management.  When you get rid of drop down menus and revert to icon-led organization, suddenly being able to find a document you were working on but may have misplaced in the filing system is far more difficult than it needs to be.  While you can still usually find it with a few keystrokes, search results wind up being irritatingly varied.

Inability to use the desktop 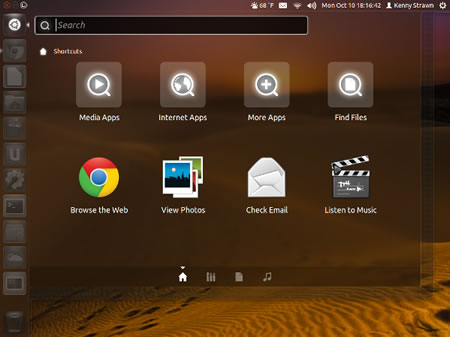 If you are like most users, you enjoy and sometimes require the ability to use your desktop to, say, drag a terminal window there and work with it.  Unfortunately, the desktop environment in 11.10 is not a workspace.  This glaring oversight has Ubuntu users so disappointed in the evolution of “Unity” as an interface that many are thinking the sacrilegious and looking towards other options.  It is just too obvious that Oneiric Ocelot needs a few more turns on the wheel of development in order to shave off the rough patches and work out the bugs.  It is usable, but barely, and Ubuntu has in the past raised the bar of expectations far higher than this.

RELATED:   Website Security: What is Your Ultimate CRASH plan?

Going to stick it out? Here’s what to keep in mind

Choosing to stick it out and see what happens?  After all, even Windows had Windows ME, which after some work turned out to be not the worst thing they’ve ever done. Here is a list of tools for the loyal to keep handy:

Lest it sound too much like we’re trying to steer you away from sticking around, remember that this is only a summary of others’ reviews.  As always, your mileage may vary.  Not everyone experienced these levels of problems.  Many who did got around them.  Furthermore, as Linux is a very community-driven project, the kind of feedback that you can provide about the process would probably be appreciated, and could speed the development of fixes.

No, you’ve convinced me.  What are my other options

For those frustrated with Ubuntu 11.10 there are a few alternatives that they might enjoy instead.  There’s always the option of sticking with an older version and waiting around for the bugs to get squished.  Remember, though, there is the option of trying a new distribution altogether.  While we must wade through hundreds of available Linux distributions to say so, the one that comes most recommended for users of Ubuntu is “Mint.”

Mint is a spin on Ubuntu 10.04.  There are a few changes stylistically, but each one is made with an eye towards greater functionality.  All of your favorite Ubuntu perks are there, without the worries of the new “Unity” interface coming along and messing with your setup during an update.

Perhaps the greatest perk about Mint is its new software store and updater.  It allows you to experience a greater range of services while also offering a backup utility so that moving forward, if you decide that you enjoyed your older setup more you can revert with little hassle.

So, what is the bottom line?

The problems with Ubuntu’s recent release versions are widespread and likely will take a while to work out.   For those who are dedicated to Ubuntu, they may wish to stick it out, utilizing the tools listed above in order to make their stay more pleasant. 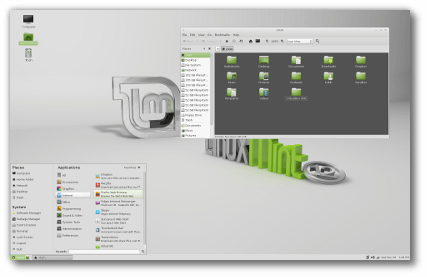 For those users who can’t wait, there is Mint.  There are also other options: the Linux universe teems with alternate distributions.  This might be your cue to poke around and see what else is out there.  Whatever you choose to do, keep an eye out.  This is still Linux, remember: its open-source nature means that problems don’t stay problems for long.  Still being the most popular distribution out there, it’s unlikely that Ubuntu will stay in the doghouse for very long.

Choosing The Right Linux Distro For Your LAMP VPS

Running a LAMP VPS on your server means needing to pick the perfect Linux operating system to go along with your server space. It’s a tough decision, and considering almost...

If you heard discussions lending credence to the reasons why it’s worth switching to Ubuntu, you may be a bit skeptical and need more convincing. Thus we invite you to...