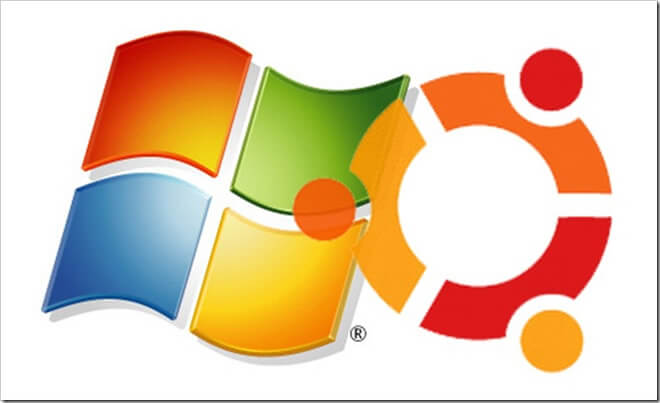 If you heard discussions lending credence to the reasons why it’s worth switching to Ubuntu, you may be a bit skeptical and need more convincing. Thus we invite you to keep reading for an honest comparison between Windows and Ubuntu.

A team of inquisitive computer specialists was curious about the elements that make Ubuntu, Windows 7 and Windows Vista so different. We have all heard that Windows Vista is considered to be one of Microsoft’s recent fiascos, although they were extremely proud of it at first. But how many of us were actually curious to know why? How many of us can feel the differences in performance between Windows 7 and Windows Vista? And how exactly does Ubuntu outsmart both of them (by far)?

We will discuss the results of a simple IT experiment which revealed valuable data concerning the performance of the three popular operating systems.

Where Ubuntu, Windows 7 and Windows Vista is concerned, the experiment aimed to give clear, straightforward answers to the following questions:

RELATED:   Windows 8 – What the Early Reviews are Saying

What is the Richards benchmark?

The Richards benchmark is part of an operating system kernel. It consists of a programming language benchmark of medium size (about four hundred or five hundred lines). It acts like a task dispatcher.

The installation time was measured from the moment the machine was turned on to the final installation step, which is the working desktop.

Now let’s see how many clicks were made during the installation process in each case (that’s just for fun – less clicks don’t make the operating system easier to install!):

Apparently, Windows 7 has some issues with internal hard disk management!

What does this mean?

Judging by these results, we can’t help noticing that media always tends to exaggerate one product’s faults or qualities. There is one benefit of Ubuntu we can’t argue about, and that would be the low usage in terms of system resources. However, as you have seen, when it comes to regular tasks, the three operating systems tend to compensate each other. For example, a fresh Linux install takes only 820 seconds and 2.3 gigabytes, whereas a Windows installation “eats” about 8 gigabytes of your hard drive in about 1200-1300 seconds. On the other hand, Windows tends to boot faster than Ubuntu. If you have both operating systems installed on your computer and Windows boots significantly slower, then you might have overloaded it and you should consider performing system maintenance.

RELATED:   Is the U.S. Falling Behind the Rest of the World in the Tech Boom?

There is also one more promise Microsoft couldn’t keep up with. Windows was supposed to improve the performance of your machine using intelligent cache, a feature that would allow smart indexing based by user actions and search queries. However, the above mentioned experiment proves there is no sign of such feature in Microsoft Windows. Moreover, old index files are known to slow down computers, since large amounts of data reduce processing speed. The Disk Cleanup tool will allow you to discard these old files and speed up your computer. The Index function doesn’t significantly improve search speed, so it would be better for your computer if you kept it switched off.

We should also take note of the extremely slow delete process in Windows. You might have noticed that when you empty Recycle Bin, the message box will display the following message: “Recycling 1 item, 0 bytes.” There is actually no point in that; it is just one of the many strange things Windows does.

One more point worthy of discussion: as far as the Richards benchmark is concerned, Windows and Ubuntu were pretty close. So from this point of view, there is still a tight competition between those two.

You might want to go for an option most users choose: dual boot. Keeping both Ubuntu and Windows on your hard drive is the easiest way to make sure you will never get into any mischief. Windows makes mistakes, but overall, it is a decent operating system – otherwise people wouldn’t use it. On the other hand, Ubuntu has its own magic powers turning it into a stable and reliable operating system. Windows is no match for Ubuntu in terms of security and system usage, and this is a difference any user (not necessarily programmer) can easily notice.

The social and entertainment parts still make Windows impossible to dispose of for most users. Windows is still the most popular and widespread operating system, and it will most likely stay like this for a long time.

Ubuntu is the heavyweight champion of the Linux world.  It is the most downloaded and used of all Linux distributions.  Its interface is easy to use, and it allows for...

Windows 8 – What the Early Reviews are Saying

Windows 8 hasn’t yet been officially released, and we already found tips pages for using it.  Of course, that reflects how in the 21st century yesterday is two days too...

Although the current state of the global economy is prompting many business owners to cut costs in various areas of business management, no expense should be spared when it comes...

Windows 10, in Microsoft’s own terms, is the best Windows ever. Terry Myerson, Microsoft’s Executive Vice President of the Windows and Devices Group, says in his blog that Windows 10...