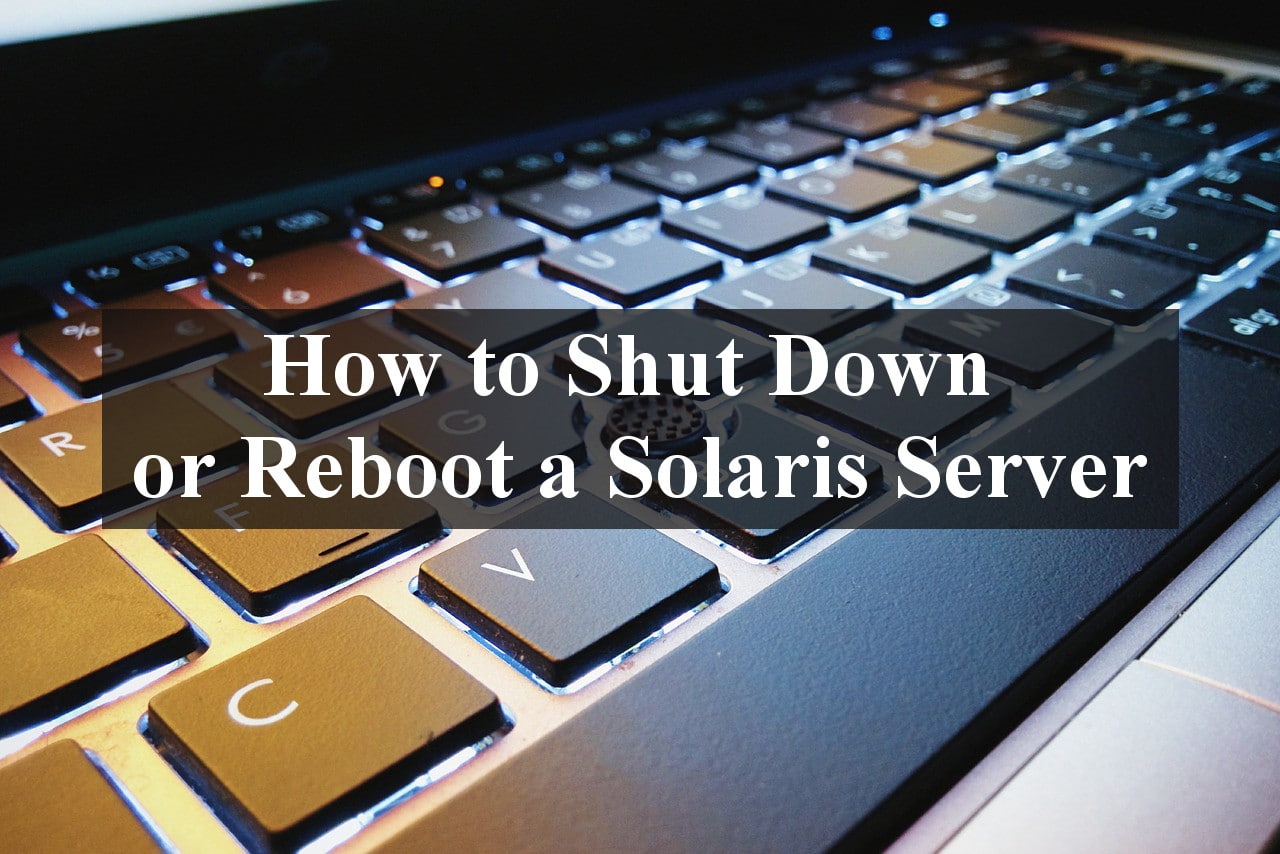 This article will describes how to shut down or reboot solaris Server.

Solaris is usually used as a server operating system which can be accessed at any time by the user.

Solaris is designed to run continuously so that the server can function correctly and service offered always be accessible.

However, some system administration tasks and emergency situations require a closed system to a level where it is safe to remove power.

In some cases, the system should be brought to an intermediate level, where not all system services are available.

Such cases include the following:

a) Add or remove hardware
b) Preparing for the unexpected power outage
c) Running the file system maintenance, such as backup

In Solaris or linux, taking down the operating system in an orderly fashion is important as there are critical data in it.

Therefore, as a system administrator you must always want to make sure that you shut the system down as gracefully as possible to ensure there isn’t any data loss.

You can follow these steps to shut down or reboot solaris server:

Shut Down or Reboot Solaris Server

To shutdown the system to the state that is defined by the initdefault entry in the /etc/inittab file, type the following command:

To reboot the system to the state that is defined by the initdefault entry in the /etc/inittab file, type the following command:

On a SPARC based system, type the following command:

On an x86 based system, type either of the following commands:

How to Install VMware Tools on a Solaris Guest

What is the correct way to reboot a CentOS/RHEL Linux server? I would recommend to reboot the server using two command line either from terminal or ssh. It works on...

How to Change The Default Route or Gateway on Solaris

In this post, i will show you on how to change the default gateway of the Solaris server. The configuration will take effect immediately without rebooting and also will apply...

How to Check Linux System Reboot Date and Time

Question : How to check when was my linux system last rebooted and how long was the system running ? Answer : The are several command to check last system...

This post will show you the proper command to shutdown and reboot the linux server. To shut down Red Hat Enterprise Linux(RHEL) and CentOS, the root user may issue the...

PostgreSQL is a sophisticated open-source Object-Relational DBMS supporting almost all SQL constructs, including subselects, transactions, and user-defined types. PostgreSQL is a powerful, open source object-relational database system that available for...