Apple and EMC. Two phenomenal companies: one in consumer electronics and the other in storage systems. The ones to pop up first in people’s minds when their market sectors are mentioned. The ones that are enjoying double digit growths since years. Multi billion dollar US companies. Can count more? Yes, but this is not my point in this article.

Consider Apple and EMC before their presidents (just to note, I am not speaking about Tim Cook. For me, Apple’s president was, is and will be Steve Jobs.)

Let’s look at EMC. In late 2000s, we are talking about a company whose market capitalization hit $225 billion, competing with NetApp, IBM and HP. In 9 months, with the dotcom burst, the market cap fell more than 90%. In 2001, in one quarter the loss was $ 1 billion. Once the alluring king of storage, where was EMC?

Then a magician stepped in: revitalized the company, assigned customers to even the highest legal counsels, vice presidents, kept up the R&D budget no-matter-what resulting in a phenomenal success in the company’s history. The then-quietly dethroned king was holding his mighty sword once again and was raging in the battlefield. EMC was on the throne again. This time, only stronger.

RELATED:   Brand Value & the Most Powerful Brands (with Infographic)

Apple was struggling to keep its “existence”, in a sector where it was once leading. The uptake was simply not happening, the products were not creating the sales the company desperately needed: Centris and Quadra wasn’t doing as good as Macintosh, Newton was absorbing enormous resources, Apple II was too expensive to produce and Windows gaining traction. Power Mac and Next was hardly doing it. Plus, the company was suffering with crippling financial losses.

Somewhere another magician took the stage. He did only what he himself could do: Microsoft Office on Mac (1997), Apple Stores (2001), iTunes (2003), iPhone (2007) and iPad (2010). All phenomenal successes, making a US Company that had more reserves than the US Government. 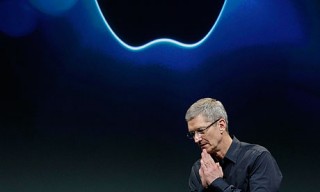 Same mimics. But not from a visionary as it used to be.

Do you see the problem here?

Apple is Steve Jobs. It always was. Joe Sculley, Gil Amelio were and Tim Cook is irrelevant. He is the one that had the reality distortion field, the one that pushed the impossible and made it possible, the one that could see how the consumer electronics should be and the one who knew what the customer wanted even before the customer knew it. He made a perfect match of electronics with the interaction design (Donald Norman is an Apple fellow). He made the “geek stuff” usable by the average Joe/Jane with a dominant sense of elegance.

EMC is simply dependent on one man as Apple. The “one man” that gives the company “the spirit.” Without “the spirit”, the company is not a phenomenon, but a commodity. Just as almost all cell phones look like iPhone, it is the iPhone that has a spirit (I’m a Samsung Galaxy S2 user) and it is Steve Jobs who blew the spirit. Just as Joe Tucci.

This is the problem.

There is clearly no successor to Joe Tucci; that’s why EMC board is not letting him go, despite he explicitly says he wants to spend time with his grandchildren. When I ask EMC employees what they think about life after Tucci, they mumble something like “Pat Gelsinger” (or better, the favorite son) but we know the truth: his position as the favorite son has considerably weakened. And I know that the EMC employees cannot say “Pat Gelsinger” bravely. They grin and mumble.

Isn’t it the same as Apple? Do you see Tim Cook as the successor of Steve Jobs? I don’t. Steve was checking every nut and bolt of the design because he had the perfectionist Zen mind. He dictated where the screws had to be placed. Apple products look perfect both outside and inside. And see Tim Cook’s accomplishment: the MacBook Pro 2013 line needs a proprietary screwdriver to be opened. Just as he did in Compaq. Screw the screwdriver: the spirit is no longer there.

We know that Steve did not want Tim to manage Apple in a what-would-Steve-do manner; in fact he asked just the opposite. But this does not change the reality: being a perfect C-something-O does not necessarily makes someone a visionary that changes the world. Somebody has to sell sugared water.

I do not see a bright future for Apple. Nor for EMC after Tucci. What they need to do is to find a way to survive in the post-visionary era. And this whole article is a detailed explanation of why I do not want to invest in EMC in the long run: not only in stocks but also in the datacenter.

It is important for anyone who is a creator of a website to understand some of the most common mistakes that occur with web design. These mistakes, while common, can...

Big Data #9: Don’t Push It Too Far, Stick to Your Common Sense

Big data is about trying to unearth the right information from your structured and unstructured data sets. Done properly, it is no doubt that it will assist the enterprise to...

I am always amazed that the IT people operate in a very disciplined, task-oriented manner but fail to understand how people think and work, let alone working in harmony with...

When I visit my clients’ data centers, I often see the same mistakes repeated over and over. When I find the time to speak with the IT managers – or...

Getting advice on Search Engine Optimization (SEO) can sometimes seem like trying to get advice on, say, the stock market.  Everybody is trying to leapfrog ahead of everyone else, and...