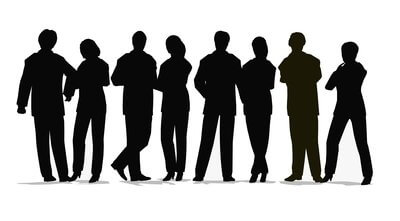 Grizzled, bleary-eyed, booze-reeking, day laborers arrive at a parking lot around 8 a.m. for work. If you hire one and want more work, hold off payment as long as possible; once paid he’ll vanish, until penniless and sobering up again, you find him at 8 a.m. in the future. That was forty years ago in most American cities.  Now a tremendous amount of day labor has gone online and not only has its image changed; it’s powerful and somewhat more humane! It’s called “crowdsourcing.”

Jeff Howe first identified crowdsourcing in the now classic 2006 Wired article, “The Rise of Crowdsourcing.” Distilled, crowdsourcing is the internet’s answer to day labor.  It is a combination of outsourcing and per project labor bid out to, and then performed by, a pool of millions of workers internationally. With the inexorable move toward Cloud storage which is rapidly disconnecting data from any particular server or device, crowdsourcing has been propelled into the stratosphere. Small businesses can now shop for skilled and unskilled part-time help in this booming new international, perpetually available “cloud labor” force.

One of the more exciting, and certainly terrifying, aspects of the rise of cloud labor is that the desk is dead or at least dying quickly. And so is the office. The workday is 24/7 from any mobile device wherever you happen to be. According to Michael Lock, VP, Americas, Google, “consumer IT is leading the world” and it is using mobile apps to do it.  Today 1.2 billion people access the web via 3-G.  In total, 2.2 billion people are on the Internet. Lock predicts by late 2013 more people will access the Internet via mobile devices than PCs. That explains why virtually no online worker works a 40-hour week at the office anymore. You simply don’t need to. The workday only ends when the phone vibrator is turned off. The Cloud Labor force allows easy collaborations across national and continental boundaries any time of the day or night.

So how does the little web guy use crowdsourcing?  And more important, should you?  Simple: Yes you should, but with care and due diligence. CrowdSourcing.org created this animated overview of crowd sourcing that is the ideal summary.

Just like the explosion of web hosting not long ago (giving rise to the need for our own Web Hosting Geeks!), crowdsourcing businesses have now taken off and some of the companies offering crowdsourcing are clearly better than others. Some are simply a better fit for one web-business than another. With all the crowdsourcing options available it is possible to crowdsource any online job from the development of a logo, identifying the best photo, translating Arabic into Urdu, doing product research, or finding an hourly CEO. Prices run from free to exorbitant.  But expense-wise the cloud laborer still remains exponentially cheaper than hiring a part-timer. Crowdsourcing perfectly supports the  “lean startup” model of entrepreneurship.  A small business can get a product off the ground relatively inexpensively,  find out if it’s profitable, and how to tweak the product–all before the startup funds and time have been used up.

Most everyone has heard of Amazon’s highly popular Mechanical Turk where anyone can bid out Human Intelligence Tasks (HIT’s) to a virtual workforce of MILLIONS for incredibly low cost.  But there are many other cloud labor sites as well and some give the employer vastly more control of their cloud laborers.  ODesk.com, for example, has a model that allows those who bid out the work (you!) to monitor the work in real time.  This interview of oDesk CEO, Gary Swart features a demonstration of oDesk in action.

There is also a relatively new ranking of “CrowdSourcing Websites & Pay Per Task Sites” on Ranker.com. Since these rankings themselves are crowdsourced by a rather small pool of rankers with no clear expertise in the field of crowdsourcing, I wouldn’t give tremendous credence to their rankings.  Still, their list is an ideal place to begin shopping for  crowdsourcing providers.

Now for a word of caution: before you take flight and begin crowdsourcing work to a remote cloud-labor force, become familiar Jeff Howe’s 5 Rules and  the 4th Rule in particular:  “The crowd produces mostly crap…. Any open call for submissions – whether for scientific solutions, new product designs, or funny home videos – will elicit mostly junk.” That means you will have to find some way to sift the gold from the sand, a task most of the crowdsourcing sites try to provide and one you should look for when making crowdsourcing decisions.  The simple unfortunate reality, despite the enormous collaborative capacity of the web, is crowds can be shockingly stupid, particularly when asked questions they have no capacity to answer.

RELATED:   The Launch of the Savvis Markets Infrastructure

According to Jon Burgstone and Bill Murphy, Jr.:  “…if you ask people things they’re likely to know about personally–the movies they watch, which politicians they’re going to vote for–you’ll get better data.” If you go to the crowd when you need to be the expert in your field that “seems downright lazy, whether you’re trying to save a life or change the world.” In conclusion, crowd sourcing is recommended only when you have the ability yourself to recognize a good solution. You wouldn’t take the advice of a friend when you’re not sure he knows what he’s talking about, so use that same caution taking the advice of an anonymous crowd. Or maybe crowd source that question.

Crowdsourcing – what it is, and how you can use it.

It was a shocking article that appeared a few months ago, asking if the concept of regular employment itself was outdated.  The issue raised from it was that, as opposed...

Indiegogo, Charity, Art, Revenge… “Artevengity?” My first exposure to charitable crowdfunding was Matthew Inman’s (the Oatmeal)  campaign to finance his counter attack to a $20,000 lawsuit from FunnyJunk using the...

In their article, “Sci-Fi That Foretold The Future,”  Google’s Think Quarterly gives a list of science fiction films that have become, to some degree, a reality. More surprising than the...