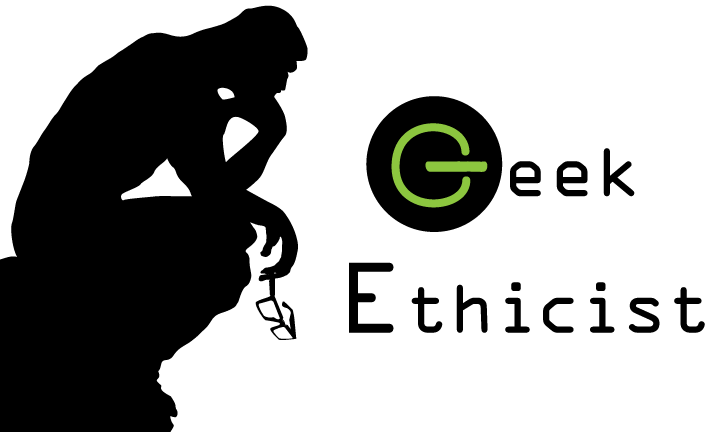 “Dear Ethicist–
I am an artist and a graphic designer. Lately I’ve been thinking about “derivative works,” mostly due to the press surrounding Shepard Fairey’s Obama photo and the recent court ruling.
Every artist is inspired by something: nature, another work of art, another artist, a book, a blog, a comment made by a friend. I would argue that every work is a derivative work. One of my favorite books, Steal Like an Artist, by Austin Kleon purports to tell its readers how to steal, i.e. how to be inspired and transform that inspiration into a work of your own.
The internet has ushered in an age of convoluted inspiration: it’s hard to tell what is original, what is “derivative” and what is just plain ripped off.  My understanding is copyright’s vague enough to leave the interpretation up to the institution or artist, as we see from the court ruling with Fairey: “the AP and Mr. Fairey have agreed that neither side surrenders its view of the law.” Which basically means, they both still believe they are right!
So my question for you, Mr. Ethicist, is this: How much does an artist have to change something for it to be considered a “derivative work”? And are derivative works, in their essence, unethical? If that’s true, do you believe there is absolute creativity: creativity that exists in a vacuum and has no outside influences?
Sign me-
Stumped”

Dear Stumped,
Wow!  First let me make a few legal distinctions then tell you my final answer will be based on ethics rather than law.  Clearly the ethical and legal are not the same.  It is legal in America to cheat and then lie to your spouse, but it is not easily justified ethically.  It is not legal to steal bread to save your starving child’s life, but it is very easily justified ethically. So law first.

RELATED:   When is it Time to Graduate to a Dedicated Server?

In non-lawyerly terms, if you take someone’s work and mess with it a bit, like mirror imaging it, or colorizing it, or even copying it precisely by hand it’s still the same work of art, and the courts figure you are just trying to rip it off for free.  This is not fair use of the original work.  That means what you are using is derived from the original but it is still legally the original work and owned entirely by someone else.  So, if what you use is simply derivative it is still someone else’s property, and you better have permission both to use the original work AND permission to mess with it if you want to change it.   Messing with it is entirely the right of the owner, not you.

If, however, you manage to change the work of art to mean something entirely different, something considered a public benefit in some way, then you have transformed that recognizable work into something really new, and that is fair use of someone else’s original work. The transformative use is still derived from the original, but the big picture –the art of the work– has been substantially creatively changed. This does not necessarily mean a big material change either.  A mustache on the Mona Lisa does it!  The best example of legally acceptable transformative use is a parody. To parody a work, the original obviously has to be  recognizable but certainly will not be experienced the way the initial artist intended; so parody is considered fair use.

Now…do not, even for an instant, think that a mere armchair legal novice can make these distinctions without taking a serious risk.  For example, you may think something you do to a copyrighted work is parody, but the court may decide you are harming the artist’s protected interests or simply destroying the artist’s work or even confusing parody with satire and those are expensive copyright infringements!

Marcel Duchamp and Andy Warhol were two champions of taking a recognizable work and changing it slightly, but through their artistic ability, utterly transforming the derivative piece into something entirely different. Mona Lisa with a mustache  is not at all the Mona Lisa, nor is a Warhol’s silkscreen of Campbell’s tomato soup cans  a mere derivative picture of Campbell’s logo.  Both of these are transformative uses of the original work.  New York sculptor, Jeff Koons, on the other hand, was not such an expert and lost a pretty big legal case when he sculpted a bit too precisely a photo of puppies by Art Rogers without getting permission from Rogers first.  Obviously the court didn’t think Koons was much of parodic comedian.

Then how do you steal like an artist?  And I entirely agree: all art is derivative. So every artist has to be a bit of a crook, albeit ethical crook.  No art in a vacuum, ever. As Michael Kahn writes, “Artists understand that all art is ultimately derivative. For example, Ernest Hemingway wrote, ‘All modern American literature comes from one book by Mark Twain called Huckleberry Finn.’”  Influence is impossible to avoid, and should not be denied.  The ethical issue is whether you attempt to deceive yourself or others about that influence. Lack of integrity is the moral flaw.  So the moral artist steals honestly. Derivatively ripping off Newton and others here, “respect the shoulders of the giants upon whom you are standing.”

Posted Personal Photos Ought to be Public Domain

Though it is not the law, when people post photographs online without explicitly copyrighting them in some manner they ought to lose their exclusive rights to their photographs. They are intentionally trying to become famous.   According to photographer lawyer Carolyn E. Wright, “Some legal scholars think… that many photographs are not entitled to copyright protection (this is often referred to as a “thin copyright”) where there is not much original copyrightable expression in a particular work.” I go further: posting pictures without  making one’s ownership right explicit, implies intentionally introducing your photograph into the public domain, just as throwing your money in the street would.

If you post a picture of your newest hat or your baby being born, you intentionally publicised that photograph for public use. The internet by its very nature is a public domain advertising medium, so what you post you distribute to the world.  That makes your photograph public domain unless explicitly stated otherwise.   Your vacation photos of public places like the Sistine Chapel or Mount Rushmore are no longer your exclusive property once posted.  There is a big distinction between photographs in art galleries and books and those submitted freely on the internet.  Museums and books assure exclusive rights, the internet does not.  So Fairey, though legally guilty, would not  have been morally culpable had he taken someone’s public domain photograph honestly, but instead he ripped off an explicitly copyrighted AP photo: artistic FAIL.