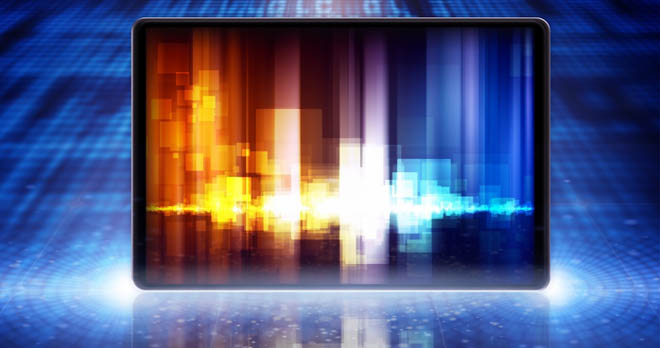 QR codes, NFC and Augmented Reality (AR) have come a long way from their intended use thanks to the imagination and innovation of the people who use them. They have blazed trails on the web that is a boon to everyone who leans heavily on the internet, social media and promoting their business via digital means. There are those who say QR codes are dead. Obviously, judging from the news on QR codes that comes out every day, the nay-sayers’ careers in tech and social media are dead. Just check out this amazing collection of recent scanning world news!

Afraid of wearing Google Glass in public because people wearing them are being assaulted? WeON Glasses are the first-ever glasses — optical or sunglasses — which interact with your smartphone or tablet. They offer you several functions, such as notifications, remote control, alerts in case of loss and customization (sort of the poor person’s Google Glass).

All of this is possible because WeON Glasses incorporate a Bluetooth 4.0 chip, a battery, a multi-color LED set, a buzzer and two buttons. All these components are inserted into one of the frame temples. But you will be the only one that knows it, because WeON Glasses boast a fashionable and appealing design, whether used as optical glasses or as sunglasses.

BallerStatus.com – To celebrate the brand’s rich history, which dates back to 1795, Jose Cuervo has rolled out a new app called History In A Bottle, allowing users to explore the journey that Cuervo family traveled.

Upon downloading the app, you can hover your phone over a bottle of Cuervo Tradicional Silver or Reposado to unlock an augmented reality history lesson inside, from the volcanic eruption that enriched the soil for Cuervo’s agave plants, to the celebration of Cinco de Mayo 67 years later, to the heroic actions of Cuervo to relieve America from Prohibition’s dry spell, to the invention of the Margarita and its inspiration of bikini volleyball.

Areal is a leading augmented reality app for mobile devices across all platforms.Bridging the gap between the print and digital mediums Areal’s has the best in class AR engine which turns any smartphone into an active scanner for all AR based contents. You can find all your interests like the prints & magazines with extra contents that breaths into action on your devices. Areal also provides users information over the horizon on various interests, mapping the world in augmented reality. The free Areal app is downloadable from Google’s Play Store for any Smartphone and Tablet device. 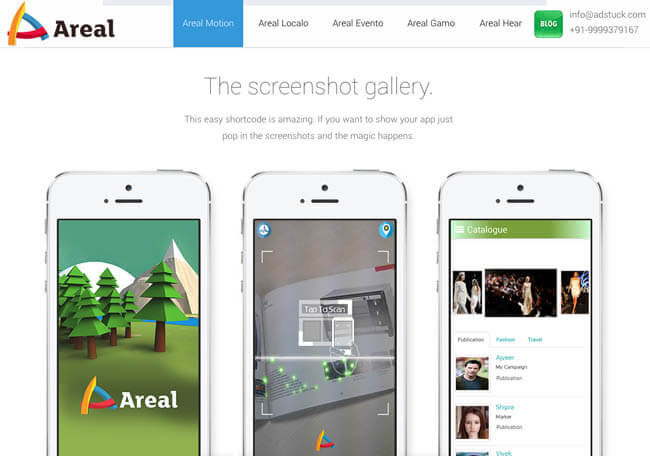 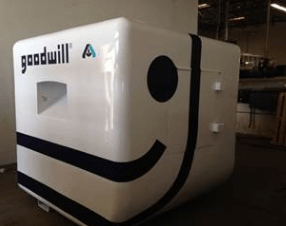 Orange County Business Journal – Goodwill of Orange County on Tuesday revealed redesigned donation bins that include more high-tech features. The bins, dubbed “Smile Box,” allow donors to scan a QR code with their phones to obtain a receipt. They also have sensors that alert Goodwill when they have reached capacity.

There are currently two bins placed, one at an Albertsons store in Orange and Rancho Santa Margarita. A total of 20 are expected to be installed locally by the end of the year.

Will digital frames make this obsolete or would pictures and their audio going 24/7 drive people in the house insane?

My Social Book Needs a Little Help From QR Codes

While the previous Fuji Film, AR story would be great for My Social Book, users who want to use the printed volume of their 2013 timeline, planting QR codes on posts now will make for a better book for 2014!

What they don’t mention is that images don’t fly off the page nor are they videos. This is where QR codes come into play (Read more here).

RELATED:   What is Native Advertising and How Can it Go Very Wrong?

Pymnts.com – ISIS mobile wallet- a joint venture between AT&T Mobility, T-Mobile USA and Verizon Wireless launched in November of 2013 — allows customers packing a NFC-enabled Android handset, a special SIM and the right  app to make contactless payments at tens of thousands of merchant locations nationwide.  The mWallet is now supported by 68 smartphones and comes preloaded on 14 mobile devices.  It is even available on phone not equipped with NFC–though in that case a special a specially-designed sleeve must be purchased separately.

Cymplifi is in Augmented Reality Fashion!

Why even buy clothes? Shouldn’t we have AR outfits? The best thing about this app is you can destroy lives by making unlikely people dress in inappropriate outfits!

Mobile Commerce News – The Black Restaurant Group which owns such businesses as Republic, as well as Pearl Dive Oyster Palace, and BlackSalt Fish Market & Restaurant, has now offered the complete traceability experience to consumers, and the interest in these QRcodes has come flooding back. A scan of these barcodes now allows a customer to be able to identify the specific type of fish, as well as understand where it was caught, when, and through what means and forms of equipment.

The menus and seafood cases from the company are now all lined with these quick response codes, which give customers the opportunity to know exactly what is being sold to them, right down to the individuals who caught the seafood in the first place. Through this feature, consumers no longer need to rely on labeling that is either very poor or that is difficult to interpret.

Consumers can also scan these QR codes to be confident in knowing that they are buying what the label says. This, according to the fishmonger, M.J. Gimbar, is quite revolutionary, as it has become quite a common practice among others in the industry to swap and substitute without telling the consumer.

Many organic produce growers are also using QR codes for their packaging to inform and engage customers.

But… It’s Already ON the Web!

Strange QR new comes out of China this week. Chinese social media site RenRen is giving users the ability to create a personal, animated QR code for their profile page, which they can use to let contacts add them quickly to their friends list.

RenRen, which has more than 200million active users,is starting fairly quickly with this rollout. Users can choose from a gallery of 25 animations that are then combined with their profile data to create their individual code.

“RenRen users can scan the QR code to add that person as a friend,” the company explained to NFC World+. “Also, they can be shared as a news feed on RenRen. People can read the codes with a scanner on a smartphone.”

This is a cool animated gif, QR code that flashes and will give people convulsions before they can load their scanning software onto their device. I assume it can be scanned, even though the code inverts itself very quickly (my Android phone wouldn’t scan either code on my desktop screen — does it work for you?). The big question is; if it’s on the profile page, on the web (because it’s an animated gif), why would anyone need to scan it to… see your profile? This may not work out the way RenRen thought.

Facebook announced in April a similar QR code use with their mobile site, but no animated codes, which may the smart way to go in this questionable QR code usage initiative.

Getting Involved With Augmented Reality

When I wrote about QR codes (Designed QR codes: the next level), it was very well received. When I wrote “SnapTags: Will they kill QR codes?” people got a little...

Getting the Credit Due for Your Innovative Ideas

I couldn’t figure out why my name was left off the credits for the product. To make a long story short, I went to my immediate manager, like a good...

Trending Tweets You May Have Missed

We scour Twitter for interesting tweets, so you don’t have to!

Establishing link popularity can be very time consuming, especially when it comes to sending out requests.  However, this is a critically important aspect of SEO and something that must be...

QR Codes: Are You Using Them to Your Best Marketing Advantage?

Say what you will about QR (Quick Response) codes: they are just a fad, they will be forgotten once augmented reality takes hold or they’re just an extra step in...