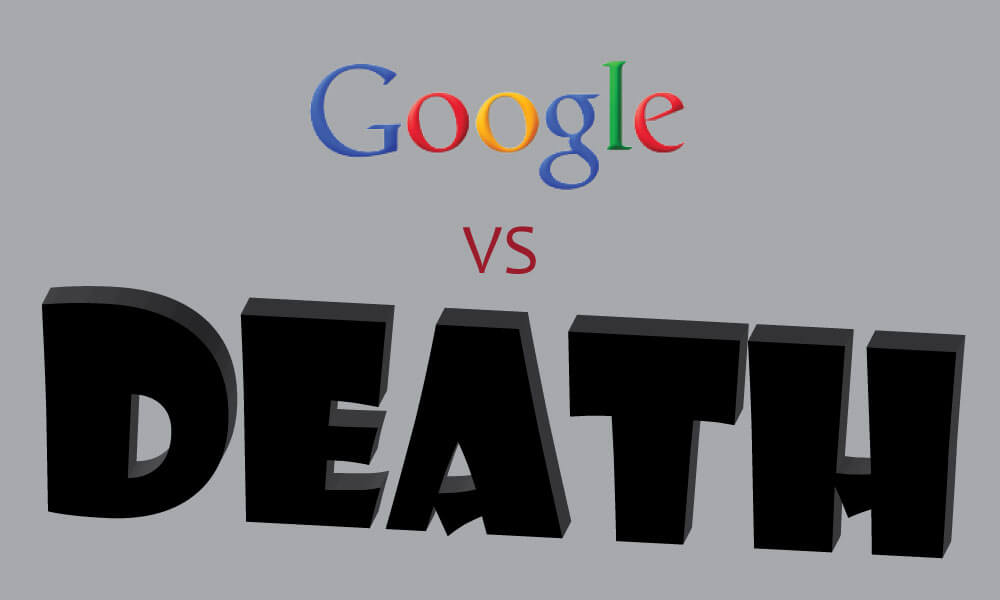 Google announced its plans to vanquish death and, oddly enough, not too many people were surprised. The company who has mastered the search algorithm, addressed Internet security and tackled world-wide connectivity seems unlimited in its potential. Google’s new, lofty goal was not just taken seriously but heralded by Time magazine who both lauded and mocked the Internet Giant’s new immortality reach: “Last week Apple announced a gold iPhone; what did you do this week, Google? Oh, we founded a company that might one day defeat death itself.”  The announcement of Calico has been received with amusement (of course), sarcasm, mockery and disbelief, but surprise? Not so much. Perhaps the only surprising thing about Google’s new enterprise is its name: Calico. A tame name for a project designed to take on death.

Certainly the only ones suggesting the possibility are the ultra-rich. And a case can be made that the ultra-rich have nothing left to obtain except immortality itself, which explains their fascination with it. Escape from death is one of those rare things that money can’t buy.

Will the solution, if it’s possible, be for everyone?

Or will only the poor die in an immortality-optioned world? The solution will likely be costly: would only the rich be able to afford immortality?

Is Google truly altruistic in its goal to conquer death?

“Google has helped found a company that will focus on life extension technologies, presumably because if you die, then you can’t click on ads,” writes Jack Clark. He may be right: Google has more to gain from people’s longevity than from their demise.

The company has done great things – amazing things! – and always aims high, but is Calico a sign that Google has finally lost perspective? Disarming death is impossible and yet Google has the chutzpah to tackle it. Does this point to indefatiguable optimism or overconfident folly? Has the CEO of Google gone mad with power and ambition?

RELATED:   What Will Be the Biggest Hosting Trends for 2015?

How does data analysis translate to death deterrent?

Google has been very tight-lipped about the actual ways it hopes to tackle death. Larry Page explained that “…there’s tremendous potential for technology more generally to improve people’s lives” but no one in the company has said how exactly that technology will be used toward their goal(s). “Don’t be surprised if we invest in projects that seem strange or speculative compared with our existing Internet businesses,” he cautions us.

Does no one care about cancer anymore?

Page told Time, “One of the things I thought was amazing is that if you solve cancer, you’d add about three years to people’s average life expectancy. We think of solving cancer as this huge thing that’ll totally change the world. But when you really take a step back and look at it, yeah, there are many, many tragic cases of cancer, and it’s very, very sad, but in the aggregate, it’s not as big an advance as you might think.” What Google has in mind is bigger than cancer, as cancer is only one means to the end.

Has Google met its match?

According to human science and theory, conquering death is impossible. Google may be big, but is it bigger than the impossible, bigger than death? Maybe Google’s goal is more along the lines of hyperbole than master of the impossible. Because “We’re going to help people stay healthy” doesn’t have the same media punch as “We’re going to solve death.” The hyperbole deflates when we listen to what Google is actually saying: Calico aims to add 10 to 20 years on to the average person’s life span. 10 to 20 years isn’t immortality, but it’s something that may be achievable. Vanquishing death? Not gonna happen. Investing to add an extra 10 to 20 years on your life? Google’s on it.

You just can’t knock Google! Yes, there are complaints about Google Panda but Google changed the world and will continue to do so. That’s what confuses so many that Google+...

After downloading the Flipboard app for iPad, the web became lackluster. Flipboard presents a revolutionary user interface: the ability to “flip” through content transformed into an online magazine–a big, colorful,...

Floating Internet? Google’s Project Loon and Internet for All

There are places in the United States—yes, here in the good old US of A—that still do not have consistent, reliable access to the Internet. How is this possible? Remote...

You may have heard the news that Google is implementing new keyword data that affects SEO. If you’re confused, you’re in good company. Most marketers are panicking at the news,...

Google is the unrivaled leader in all things tech-related, from mobile apps to document storage and everything in between. Based on the company’s technological acumen, it stands to reason that...

Google Apps vs. Office 365: How Will You Choose One over Another?

The two giants of the computer industry are competing on making your office completely mobile with their highly competitive prices. Both are eying SOHOs, medium-size businesses and enterprises. Both have...