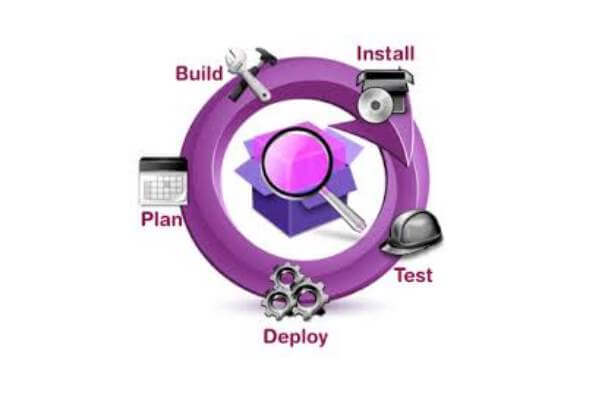 Releases are risky and painful without doubt. Not only there is the user side of things but also the scripts, manual steps, orchestrations which add another layer of complexity. IT managers struggle with all these while also thinking about the increasing demands. But does it have to be that hopeless? Isn’t there anything we can do to ease the pain? There sure is and I will be discussing it thoroughly.

In order to meet the customers’ needs, developers turned to Agile development methodologies which introduced rapid releases, aiming to solve the needs as they arise. However, Agile methodologies are inherently incompatible with the traditional release processes; traditional release procedures are designed for the infrequent release cycles.  This incompatibility meant, release and deployment cycles are stuck somewhere down the line, even when the developers perfected their Agile practices.

The solution to this problem is analyzing the current processes and modifying them to make sure that they are in-line with the current rapid releases. It is best to think to release cycle from the development stage, not just the frame between the finished, release-ready application to deployment. When considering the release process, there should be two goals in mind: protect critical business data and create a reusable process that can deliver value to the business.

The first thing to do is to establish a single point of communication. A release cycle involves development, infrastructure, testing and customer teams and they could be working in different locations. To complicate even further, they could have their own set of tools, processes, management styles and cultures. Therefore it is best to consolidate all information in one place, clarify any questions and then make the announcements. Doing this will ensure that the entire release is transparent, visible and traceable free from any personal interpretation.

Next comes the automation. Many IT departments are in the process of automating their tasks but there is still a large number of companies whose IT departments rely on manual tasks. There are two downsides to keeping manual steps. The first one is it is prone to human error. If it is not documented properly or if any step is missed, it can easily cause failure in the overall release cycle. Second, manual processes are hard to track and manage. To eliminate the manual step risks, automating where possible is essential. In addition, automation has the added benefit of freeing IT staffs’ time, allowing them to focus on what’s important, therefore enabling them delivering more value.

During the release, any dependencies within and between the applications have to be carefully studied and laid out. If the application depends on a particular component, whether in its previous/legacy release or some other component like .NET Framework or Java or any other component, it should be clearly documented. Since failing to take these dependencies can make the deployment fail, make sure that the components and compatibilities are thoroughly tested and only those components that are known and tested to be compatible are released. Do not rely on oral “compatibility” manifests by the developers.

Establishing checkpoints and approvals ensure that the release cycle is proceeding as intended. It is important to define the attributes necessary for the application/release to pass to next stage and test the application/release inside out when one stage is claimed to be completed. This approach, establishing gates and keeping them, ensure that applications and deployments with bugs and incompatibilities do not pass on the next stages and introduce further complexities in the overall infrastructure. In addition, such controls ensure that the requirements are visible to everyone and the cycle does not proceed until it meets a certain status.

Finally, make sure that the procedures are simple and is a single process in each stage of the release. Resist the urge to fully automate and design complex, technically beautiful, automated processes. Rather, it is best to keep things simple, easily understood and obvious. This approach does not only reduce the number of mistakes but also ensures that it is easily carried out, modified and the impacts of the modifications are easier to guess. A large, complex release plan is more likely to be ignored.

Leveraging the Press Release as an SEO Tool

A large number of webmasters and site promoters neglect to implement press releases into their SEO campaigns.  This is primarily because most associate them with some sort of news related...

SmarterTools, Inc. recently announced their release of SmarterMail 7.x Mail Server. The release of their most recent software contains a new design interface in addition to other add-ons that grant...

The section that the cloud customers should very carefully analyze is the service level agreement’s (SLA) “exceptions” or “limitations” section. The title may vary from one contract to the other;...

The Release of the February 2011 Email Security Report

The February 2011 “Email Security Report” was recently released by German email security firm eleven. The report highlights a temporary decline in spam toward the end of 2010 accompanied by...

One of the primary reasons why businesses migrate from the traditional IT infrastructure to the cloud infrastructure is availability. In some cases, such as Office 365 and Google Apps, this...

If we quickly review the first two articles, I have discussed that in the Service Level Agreement (SLA) the service and its availability is defined as well as the clauses...

Types of Data Centers: Steps to the Cloud

In our way to the cloud, we come across four types of data centers: the traditional data center, the highly virtualized data center, private cloud and public cloud. A hybrid...