Technology is important to life and business and while we tend to focus on gadgets that make our lives easier, we also fear how we need to evolve our businesses to meet that technology for consumers and customers. Technology is also the way we market our business easier and more effectively. The better the technology, the more consumers we can reach. Here’s a few new things that will excite and invigorate your interest in new technology… 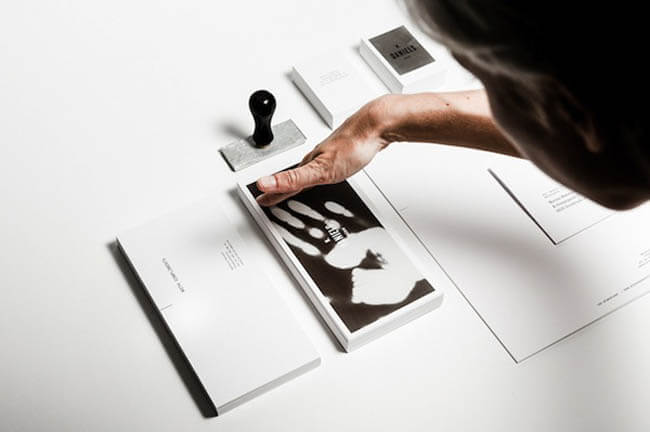 Austrian design studio Bureau Rabensteiner is responsible for producing these odd and different, heat-senstive business card for Vienna-based photo producer, Natalie Daniels. Printed with thermo-sensitive ink, the business card allows warm-blooded creatures or heat sources to leave their marks on it—and turn it into a Polaroid picture of sorts. 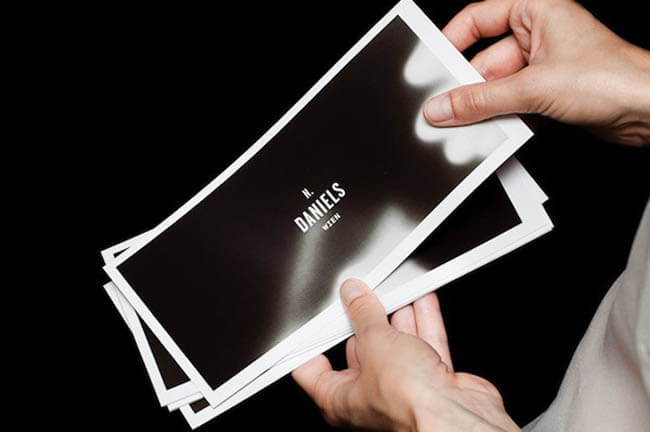 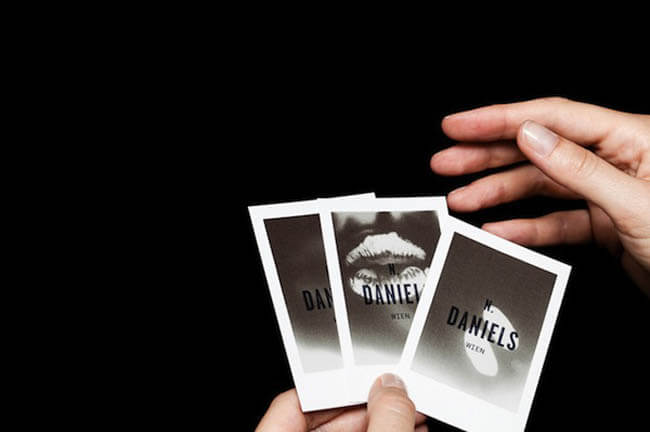 It’s not so much that thermal ink is a new technology as register receipts have been printed with the same ink for eons but it’s a unique way of using a standard technology in a new way and that’s unique innovation. But what if you were to keep the cards in your back or front pocket? That might not be an image you want to give out to potential clients… or do you? 😉

Sex and the QR City? 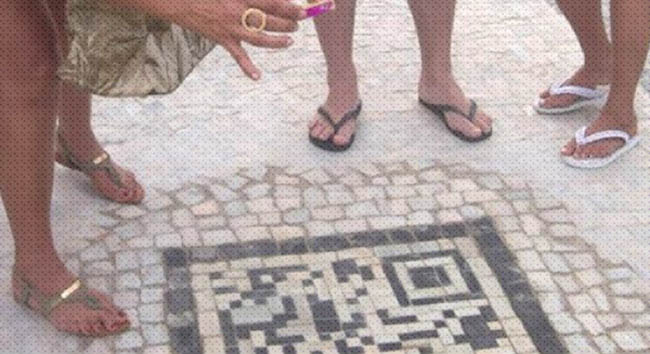 Rio De Janeiro isn’t just a city of beaches and beautiful women in tiny bikinis, although that’s enough for most of us. Now the famed city of mosaic sidewalks have embedded QR codes made of black and white tiles along the beach, the first placed in a large boulder at Arpoador, a huge boulder at the end of Ipanema Beach. The city plans to install at least thirty of these codes around the city, at vistas and historic sites that, when scanned, provide information in Portugese, Spanish or English, along with maps of the local areas.

RELATED:   iTech Review: iKea Does it Again, iLostIt and uFoundit 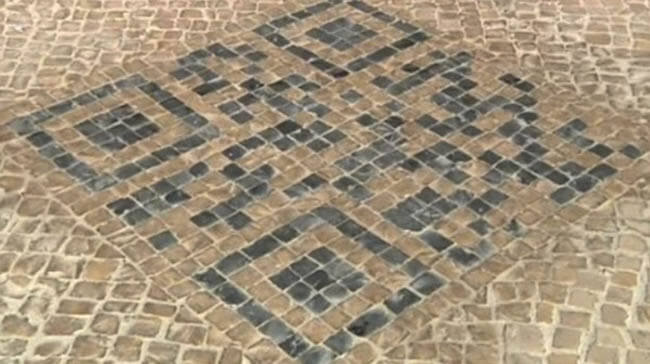 Not only is this a handy idea and usage of QR codes, while keeping the installations a part of the local architecture, it should come in very useful for the crowds expected for the 2014 Football World Cup and 2016 Olypmic Games.

What about Google Goggles? 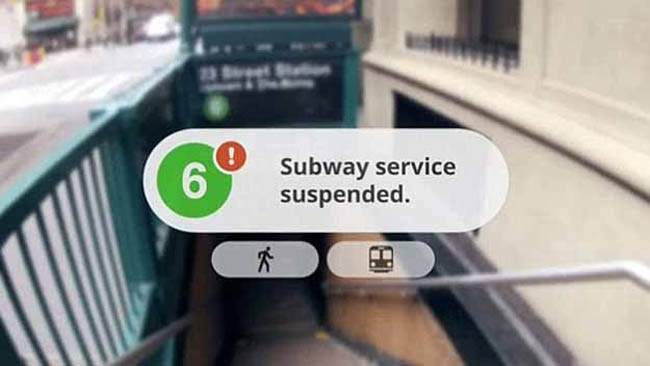 Do people visiting Rio really need QR Codes? For now… maybe. Check out this video of Google Goggles in action.

No, it’s not the latest teen fad of affection. In the race to make QR code generation more efficient, the guys and girls from American company, uQR.me have taken a huge lead by creating a site and software that not only creates QR codes that designs codes by embed images efficiently and with perfection across all known scanners but they stepped it up with something no one else had thought of so far—they made the codes dynamic and recyclable! 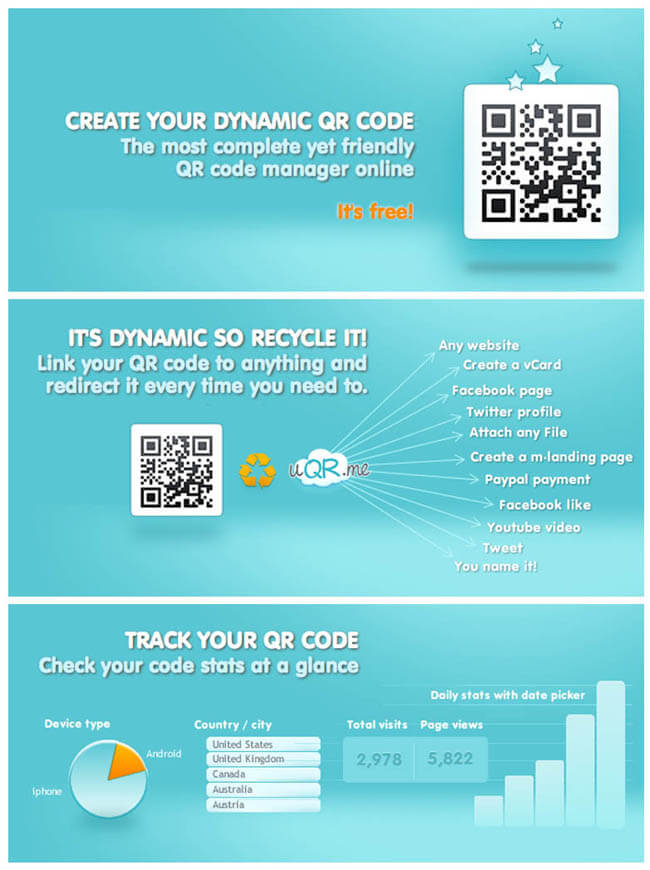 What is that, you might ask? Well, CEO, Diego Gopen says:

“The dynamic QR code, is the natural evolution for the static QR code that you can get in any QR code generator site. Users need to be able to control the published content and retrieve stats from it. To change the contents in an already printed magazine, label of a product, ad, poster or business card, is every publisher’s/marketer’s dream.”

“With uQR.me, point your dynamic QR to Facebook or any other online content, then later, switch it to any other website or jump between attaching a file to the QR, embedding a youtube video, generating dynamic vCards, creating with 2 clicks a mobile landing page and more. uQR.me is not only a QR code generator, but a 360º mobile content manager.”

“The tool is free of charge and it has what we call the ‘QR code beautifier.’ But we also have Premium plans with advanced features and statistics, for those who need to manage several dynamic QR codes from one account.”

Quizzes and online games have always been a great way to introduce viral marketing to a site. Cartoon Network and Nickelodeon have used them for a couple of decades (remember Clickamajigs from Nickelodeon?), along with dozens of other sites now hosting free online games.

Now Gamejam has a new game that has already taken the honor of the “Best Game of 2013” (does that mean no one should bother coming up with another game for the rest of the year?). Surgeon Simulator might just be the thing you need for your web site if you’re a surgeon and want to share the fun and excitement of reaching into people’s guts and keep building an audience, drawing more and more traffic. Let’s just hope proctologists don’t get in on this successful marketing ploy.

Pinterest continues to grow and has become one of those social media channels businesses need to understand. But who can understand a site where people “pin” interesting images and articles? It’s like digital hoarding! Well, apparently, according to the article, “12 Things You Should Know About Pinterest,” author James A. Martin claims:

“For example, the average e-commerce order from a Pinterest user is $179 compared to $80 for Facebook and $69 for Twitter, according to Danny Maloney, the CEO & co-founder of PinLeague, a Pinterest marketing platform for businesses. Maloney, who spoke recently at the Online Marketing Summit in Silicon Valley about how businesses can leverage the free Pinterest network, also says that Pinterest now accounts for over 20 percent of social commerce.”

His article makes perfect sense, so, for smart social media marketers, it’s a must read.

RELATED:   Types of Data Centers: Steps to the Cloud

Toyloom is Just for Kids… DARN IT!

“How wonderful would it be if a favorite drawing from your child, or grandchild could be transformed into a real 3-dimensional toy that could be kept, displayed, and cherished forever?”

That’s the pitch in this kickstarter startup project by Dan Garr of Los Angeles. Working with artists who have 3D modeling experience with the top toy and film companies, they promise some really stunning products. Not since children’s drawings were translated into realistic paintings and plush toys, has something so innovative been tried but, if you think you’ll be able to sneak by some of your own art, Toy loom includes the warning; “we must maintain that the artwork that we receive to model is drawn by children, and not their parents or Uncle Arty the Disney artist. We reserve the right to approve/reject the artwork prior to starting the project.”

Read more about this cool technology and watch the video.