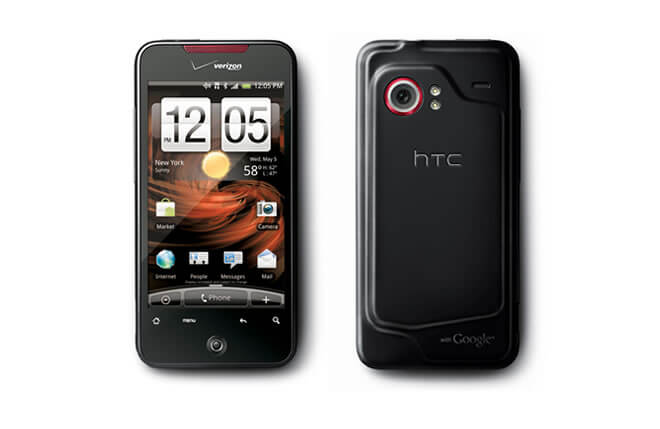 If you have heard of the HTC Incredible, which was recently released and will cost you just about $349.99, you may be wondering whether or not you should buy it. With all of the cell phones available from different cell phone companies such as Apple, T-mobile, Sprint, and Verizon, it can be hard to choose which company you want to go with and which cell phone you would actually like to use. If you are interested in getting a new cell phone, the HTC Droid Incredible for Verizon Wireless might be a good choice. There are quite a few positive features of this particular cell phone. Below is a list of some of the positive features of the HTC Droid Incredible:

8-Megapixel Camera. The type of camera offered on a phone is important. Instead of having to lug around a camera and a cell phone, you can get high quality pictures directly from your cell phone. If high quality pictures is something you desire, the camera on the HTC Droid Incredible is exactly what you are looking for. Pictures will look so good, people are likely to think that you took the photos with a DSLR camera and not with your cellular phone.  This is just one of the many positive features of the HTC Droid Incredible.

Good Focus. Good focus essentially goes along with the camera aspect of the HTC Droid Incredible. The focus on the camera of the phone is perfect. It enables you to capture some of the best pictures that will render highest quality images.

Fast Speed. This is something that is vastly important to cell phone users. Most users do not want to wait for slow loading pages during Internet browsing. The speed of the Internet on the HTC Droid Incredible is incredibly fast. If you are a fan of fast speed, this is the phone for you. You want a phone that is not going to stall or freeze up and this is a phone that does neither, offering a snappy quick response on all levels.

Instant Access to Social Networking. In a world where social networking is so important, this feature is a must-have for most users. In just seconds, you can take a picture and immediately post it up on one of many social networking websites which includes the number one social networking website, Facebook. Because of the fast speed of this phone, you never have to wait to do anything. You can post status updates, such as comments on statuses of your friends and family members on Facebook all from your HTC Droid Incredible. You can also visit various other websites which includes some of the most popular websites, including Google, Twitter, Picasa, and Flickr.

Tons of Apps. Probably one of the most important and greatest features of the HTC Droid Incredible is the abundance of apps that you will have to choose from. There are thousands upon thousands of apps at your disposal, and many of these apps are free. Indeed, some apps do require a purchase, however, either way, you can enjoy some of the most popular apps, such as Angry Birds, and have an abundunce of fun from your cell phone.

RELATED:   Arm Yourself with the Top 5 Android Apps

Is There Anything Negative About The HTC Droid Incredible?

If you are looking to buy this phone, you probably want to know about the good and bad features before you actually make the investment. While there are many positive features to the HTC Droid Incredible, there are a few negative features as well. While the phone is advanced in everything it has to offer, some of the competitors are more advanced and have additional features to offer. For example, a user of this phone is unable to use both data and voice at the same time while other phones allow users to use both simultaneously. However, this is something that is not always a critical factor to some people. 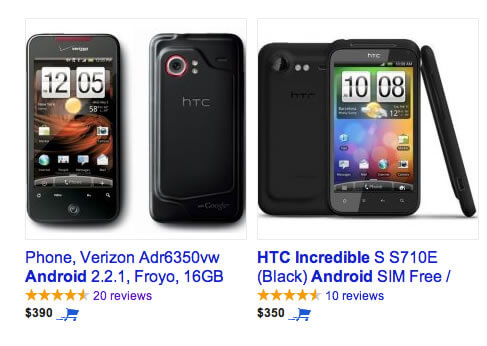 The cost of the HTC Droid Incredible may also be considered a negative feature. It is quite expensive, costing around $349.99 but if you sign up with a Verizon Wireless cell phone contract, you may be able to get the phone at a discounted price. If this is too much for you, you may want to look into more affordable phones or wait until the phone is marked down a bit.

RELATED:   Is Cloud Storage the Pinnacle of Technology? What’s Next, if Anything?

Some of the people who  already have this exciting phone in hand have left reviews boasting both the positive and negative features of the HTC Droid Incredible. These users did not have many complaints but some did say that the battery life does not last as long as they would like, which is something you may want to consider. Most users did not complain about the price as they tend to believe that what they paid for the HTC Droid Incredible was well worth all of the features that come along with this particular cell phone.

The HTC Droid Incredible is a great phone to have, especially in a world where just about everyone has an advanced smart phone. There are a lot of positive features of this smart phone which includes an fast speed, a good camera, and much more. If you like browsing the Internet, taking pictures, and enjoying all the different available apps, this phone might before you. While there are a few negative features, just about every phone has at least one negative feature, and these do not tend to outweighs the good. However, it is ultimately your decision to make as to whether or not this is the phone for you. If you believe the good outweighs the bad, you may want to make the investment.

Top 5 Smartphones 2011 in the United States

Smartphones are becoming increasingly popular in the United States and in areas all over the world. The vast majority of the general public own at least one smartphone. Why is...

We already know: Most web host providers don’t like Windows, and will avoid it at any and all costs. Trust us, we’re well aware of it. That being said, there...