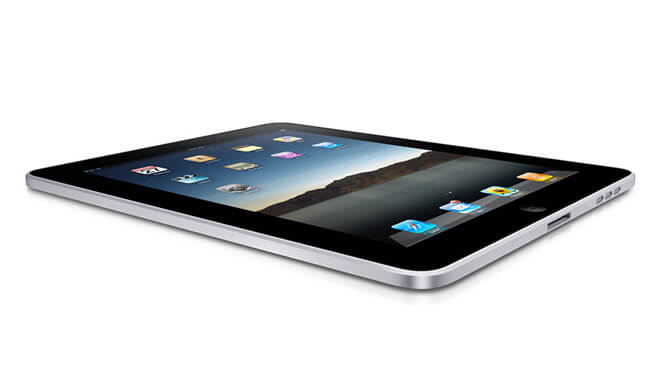 All right, you win.  We give in.  Yes, you’re interested in browser standards and security protocol and upgrades to scripting languages and all of that.  You’re also interested in blowing up pigs with a group of cheesed off birds.  Who isn’t?

We’re going to take a time out today from our usual serious discussion of what is new in the wacky world of web hosting and computer tech and talk about the important stuff: getting high scores.  Here are some of our favorite iPad time wasters.

We’re going into this article under the assumption that you are behind the times on simple PC and tablet games.  For this opening, we have to.  Angry Birds has taken the browser gaming world by storm.  With more than a 1/3 billion downloads in total, it has been called “the largest mobile app success the world has seen so far.”

You are a bird.  You are angry.  You are angry because your eggs have been stolen by some particularly rude pigs.  You are going to show them a lesson by launching yourself by slingshot into their house of walls, bricks, and other miscellaneous construction material.  If you can kill them all somehow (falling, crushing them under a wall, blowing them up, etc.), you move on.  The game has already spawned the “Seasons” and “Rio” sequels, with “Magic” coming out soon.

This just might be one of the most zen games ever made.  You’ve been upgraded from bird to God in this one.  Your goal is to make the world.  Your supplies are the 4 elements.  But wait: if you combine fire and earth, you make lava!  Now, what can you combine with lava?  Not all combinations do something interesting, though, so you need to think through your alchemy.  If you get stuck, a hint is provided to you after a certain amount of time.

RELATED:   The Internet of Things: 5 Reasons It Matters

Now God can’t exactly have all the fun, can he?  Doodle Devil lets him have his due.  Other Doodle God sequels include one that apparently has you saving the princess (don’t all games eventually come down to that?) and Doodle Farm, which is on the way.

If you somehow managed to miss this one you’re in for a true undead delight.  Your house is under attack.  You are ready with your defensive stockpile of … plants.  A peashooter takes out the first wave.  Later levels add more plants to your arsenal such as the cherry bomb (boom!), the squash (like it sounds), and potato mines (again, boom!).  Ah, but the zombies are getting meaner, too.  They get wise to your defenses and wear … traffic cones.  Next are metal buckets.  OK: they get tougher, but they don’t really get much brighter.

This game was a massive hit upon release, and PopCap Games has kept the interest up with new editions and varieties.  The music is criminally catchy.  Yes, it’s been out for a few years now.  We’re still not tired of popping zombie heads.

Hole in the Wall

You Tetris nuts have been waiting for some new game to scratch your itch.  You’ve got it.  This puzzle game takes things in reverse: instead of the piece rushing down, the wall that the piece must go through comes to you.  Your block is a 3D piece, and can be rotated in all 3 dimensions.  You need to find the right orientation to squeeze it through the wall.  The game comes with the requisite power-ups and the ability to purchase additional levels.

For such a simple concept, simulators have sure down a lousy job of making a game that matches the feel of actual air hockey.  This app finally breaks through that.  Air Hockey Gold was rated by Tech Radar the #1 free game for the iPad.  The physics are real-feeling, and combined with well-done sound effects you feel like you’re in an old style arcade again.  You can play against a human or the computer with varying difficulty levels and you can even add a second puck.  It is missing one feature, though: you can’t throw your mallet at your opponent when you lose.

Let’s get out of the way that as you play this game, you may just wonder how far from the real world you’ve gotten.  This isn’t exactly something that costs much in real life to play.  But then again, your wastebasket doesn’t come with an automatic score board and high score keeper.

There is the original Paper Toss, which has a number of levels outside the office including Restroom and Bar.  Once you’ve mastered those, you can load up Paper Toss: World Tour.  After all, if you were standing in a volcano or at the Taj Mahal, this is the first thing anyone would want to do.

RELATED:   Web Hosting and its Types

Talk about a game that mixes it all together!  The original 10 Pin Shuffle combined ten-pin bowling and shuffleboard.  You shot your puck down the alley and went for a strike.  One of its three game modes, 10 Pin Shuffle Lite, combines that with a poker game.  Get a spare and you get one card.  Get a strike and you get two.  After the tenth frame, best hand wins.  I’m surprised they didn’t manage to work pinball in there somehow.

The Tap Tap games are popular, but this is such a played-out genre that you might want something more.  This version gives you that.  Instead of tapping as balls or whatever comes down a preset pike, the places to tap on the screen fly all over the place.  It’s engaging, hypnotic, gorgeous to look at, and as of right now, it’s available only on the iPad.

We hope, finally, that we see more games that take advantage of the iPad’s inboard inclinometer.  In Tilt To Live you need to keep tilting your pad to keep your ship away from the hordes of little red dots hunting them down.  It’s very simple, and hopelessly addictive.  It also comes with purchasable extra levels, but you may well be happy just playing the free levels until your arms ache.

Trends in Gaming: Steam and Free to Play Games

In light of the recent issues in the economy, many game companies have paired up with the online game distributor, Steam, in order to get their games to a wider...

It’s amazing how fast the iPad has gone from just entering the marketplace to having a huge place in the market.  Just a year and a half since its introduction,...

Is There Any Money To Be Made Hosting Mobile Games?

The virtual gaming industry is big. When taking into account all types of gaming platforms, such as console, PC, and online based games, the entire industry made an estimated $93...

The iPad has all of the components of a computer but in a tablet form. The cost of the iPad starts at around $499 and most people are raving over...

Autism and the iPad: A New Route to Communication?

Over the last year or so, a “quiet revolution” as the parents of autistic children are calling it, has emerged. iPads and their applications are starting to offer new routes...

Online games are increasing in popularity every year, with more people signing up for flash gaming sites and playing games in all genres. The gaming niche is an excellent source...