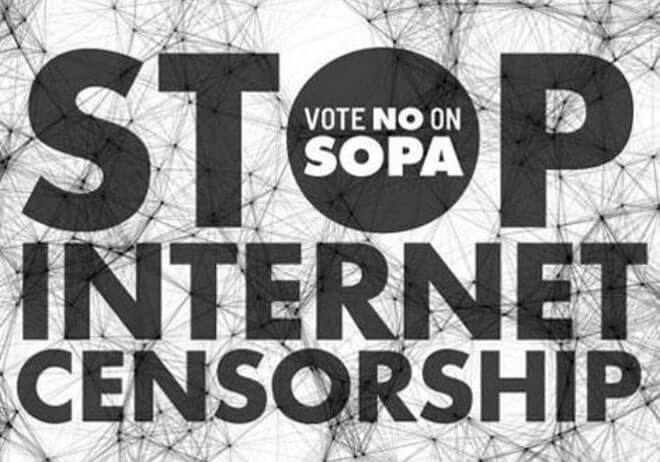 Advertising, commerce, and networking – it all happens online. However, the Stop Online Piracy Act, referred to as SOPA, is a US bill that is looking to fight the internet’s activities. This includes the focus on intellectual property that has been copyrighted and the trafficking of counterfeit goods. The bill would require ISP providers to store data for years to provide courts with the information they need for future investigations forcing them to search for ediscovery methods.

It is believed that SOPA could be threatening what the internet is all about. It could prevent advertising networks from marketing material, it would require search engines to stop linking to certain sites and ISP providers would have to block access to certain sites. Websites that include Flickr, Vimeo and possibly even YouTube could be shut down if the bill becomes law, because these servers share intellectual property: legally or not.

RELATED:   SOPA: A Reflection of a Mighty Battle

Entire internet domains could be blocked because of infringing material posted on a single webpage or blog. The Digital Millennium Copyright Act would be taken to a completely new step if SOPA were to be passed. Many are worried that facts could be skewed and misinformation could lead to dissemination.

On January 18, 2012, many websites around the globe staged a protest and went dark to show just how important the internet is to its’ users, and what would happen if SOPA were to be approved.

Beyond SOPA is the PROTECT IP Act. This is preventing real online threats to economic creativity and theft of intellectual property. It is often referred to as PIPA which will give the U.S. government tools to curb access to websites that are dedicated to counterfeit goods, specifically those that operate outside of the United States. This will cost the government a significant amount of money and could present a lot of enforcement problems.

The bills originally started as COICA in 2010, but failed to pass. PIPA came next and SOPA was introduced in October 2011. There have been plans to postpone SOPA and PIPA again, though the House Judiciary Committee is still trying to find a solution that focuses on online piracy.

The tech industry isn’t against all attempts to fight online piracy – they simply don’t like the current solutions that have been suggested. OPEN is an alternative to SOPA; and is endorsed by Google, would focus on policing websites with links to internet pirates that are foreign-based.

SOPA: A Reflection of a Mighty Battle

We wrote previously about the Stop Online Piracy Act (SOPA).  We try not to repeat topics, but the developments surrounding this bill have been strong and fascinating enough that a...

SOPA – The IP Hammer Has Swung

The rise of the Internet as an intractable piece of the global social engine has brought with it a number of large scale societal problems.  One of the ones that...

How Open Eyes and Open Minds Can Prevent Layout Disasters

My first job with a magazine was eye opening. Back then, there was a staff of proofreaders to make sure there were no typos or grammatical mistakes, as opposed to...

Many webmasters have a need to effectively manage content as it enables the creation of large, easy to maintain websites.  The problem is that not everyone can afford the high-end...

As content management systems (CMS) continue to grow in popularity, many webmasters and website owners are moving toward open-source software. This type of software offers a great deal of opportunity...

The Insecurity of the Open-source CMS

Open-source content management systems are incredibly popular these days.  Unfortunately, one issue that has always plagued this type software is security.  On the surface, it would seem as if open-source...

Originally released in 2001, Umbraco is one of the only open-source content management systems built on ASP and Microsoft’s .NET technology stack.  To no surprise, the platform isn’t necessarily made...

The open-source community always seems to be quite busy so it should be no surprise that many new CMS projects are in the works.  Here are a few platforms and...

If you’re a web developer than you’re probably aspiring to make a significant contribution to the online community. One of the easiest ways to build a custom software without having...