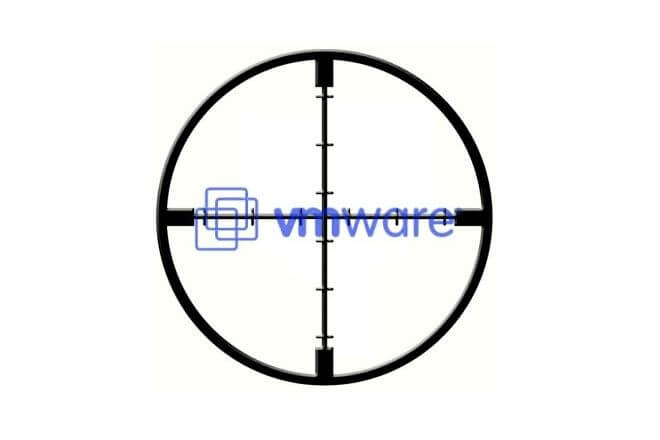 People as old as me would remember the feeling when they first saw Windows 98 booting on Red Hat Linux on 1999. I cannot tell you how eye-popping it was but when we showed them to the people around us, almost none of us could see how this would radically change how we think about computing. It was VMWare who started this revolution and we were the first ones to follow.

Looking back from 1999 to now, when I hear virtualization, VMWare comes to my mind. Whenever I rebuild my notebook, I check VMWare Workstation. Whenever someone asks with which virtualization software to use, I recommend VMWare products despite their high price. Now, in 2012 I have to say that I have to use past tense for all above. I cannot recommend VMWare as I could do before. Now, there is another player who is maturing in the hypervisor arena. And it is free. And it has a well-known support. It is called Hyper-V.

The footsteps of Hyper-V were heard when Windows Server 2008 R2 was released. Now it is more sound with the announcement of the new features in Windows Server 8. Microsoft made it on par with VMWare offerings with Windows Server 8. An Enterprise installation of Windows 8 with Hyper-V role negates the need for a separate purchase of VMWare Licenses in a majority of situations. Just step back and think what you will have with Hyper-V on Windows 8: support up to 2 TB host memory, 512 GB guest memory, 32 virtual processors per virtual machine, 4000 guest failover cluster nodes on 63 host clusters and live migration scenarios (concurrent, no cluster, no shared storage, live storage migration). When I step back and think about a standard data center, say 14 blades running on a bladecenter with 100 GB of memory on each blade, connected to a SAN, it still does not add up to the maximum supported configuration, let alone surpass it. A huge portion of the virtualization market is already covered.

I have gone through Mr. Thomas BITTMAN’s (Gartner) presentation titled “Server Virtualization: From Virtual Machines to Clouds” once more and saw that, even in two years Microsoft is making its way into the virtualization market. In 2009, out of 10.8 million Virtual Machines, 11% was running Hyper-V and 84% was running VMWare. In 2012, the prediction is, out of 58 million Virtual Machines, Hyper-V will account for 27% and VMWare 65%. The loss of VMWare will be around 19% – 15% to Microsoft and 4% to Citrix. As of 2012, Mr. BITTMAN predicts that Microsoft’s Hyper-V will hold 85% of the companies that have less than 1000 employees and VMWare will hold 75% of the companies that have more than 1000 employees.

Of course Microsoft is not everything. There is the KVM (Kernel-based Virtual Machine) by Open Virtualization Alliance of IBM, HP, Red Hat and Intel, comprising almost half of the top ten giants of the IT industry. And there is Citrix. And the other players with less than 1% of market share. But Microsoft has a very large user base. IT Administrators are familiar, thus comfortable with the Windows environment. Installation and management of Hyper-V does not come with the cost of learning a new environment like ESX. And Hyper-V is integrated with Microsoft’s other products. Microsoft is not everything, but it is a very big thing. A giant.

Microsoft and Open Virtual Alliance has their vertical markets. Microsoft has its own operating system and its own hypervisor. Open Virtual Alliance has Red Hat. VMWare does not offer this vertical stack. It missed the operating system train when it was about to buy Novell (and thus SuSE.) Considering this vertical stack, even Oracle is one step ahead of VMWare with Solaris plus VirtualBox.

If we reword the question of “what do I get with using VMWare” to “what I do not get by not using VMWare” it will be a whole different story. Comparing VMWare’s solutions to Microsoft’s solutions, where there is almost a one-to-one match, it is really a matter of question if you really need the additional features that VMWare has but Hyper-V does not. Does your IT department really need to install this virtual machine in 5 minutes in ESXi 5.0 compared to 15 minutes in Hyper-V running on Windows Server 2008 R2 SP1? Or will your business really benefit from these additional features?

And there is the ultimate pricing decision. Hyper-V is free. The additional licensing price that you pay on top of “free” is the price you pay for the additional features. So the question is whether these features are worth the price or not and for a considerable number of data centers I don’t see the premium worthwhile. The IT managers, who are under pressure from the possible cloud scenarios and the increasing pressure to cut costs, will have to justify the licensing costs of VMWare in business terms. Given all of my projects with my clients (all, not some/many/most of them), I have not yet come to a company that needs the additional features.

RELATED:   IT Budget: Items To Remain

On top of all these, you may argue that VMWare is more capable, a better performer, unmatched, whatever compared to Hyper-V. I do not disagree. But there is a psychological side as well. As Professor Daniel ARIELY puts beautifully in his “Predictably Irrational” book, If something is free, we people tend to forget its downside and we perceive it immensely more valuable than it actually is. In addition, since there is the loss-aversion that we people have embedded in our genes by design, choosing something free and realizing the choice was a mistake makes you feel that you lose nothing (psychologically of course.)

What do we have as the sum? We have a hypervisor that closely matches the features of the competitor products one by one, we have a familiar environment, familiar support scenarios, familiar documentation, flatter learning curve, and is free with all the psychological benefits. The competitor is pricey, a better performer (?), has a steep learning curve plus the additional features that will questionably be used. Hyper-V is the clear winner and it will not be long before companies realize the benefits. In VMWare terms, I believe the best it will be, is to be a niche player in the market that only the “top companies” use; of course if it can stay in the competition.

When you own a large website, or several websites, one of the ways you can minimize the time and effort involved with uploading files to your site is to use...

The Future of Cloud Computing – Where it’s Going, and What it Means for You

The more that one looks into and considers what cloud computing is, the more it takes on an eerie quality.  As integrated into our lives and even commonplace as the...

The Future of NASA: Is Space Exploration in Trouble?

The news coming out of NASA at the time of this writing is all about Curiosity, the new Mars rover that is scheduled for launch Saturday, November 26, from Cape...