Some say there are no “best” times to tweet or post to LinkedIn and Facebook. It all depends on your targeted audience, is the underlying rule for savvy social media managers and bloggers, but that has to take into consideration of when your audience is spending their time surfing through their social media channels and, of course, where they are in the world, due to time zones.

There are many sources for what is thought to be the best times for social media updates in the United States, coast to coast. Here’s an infographic from Social Caffeine, via entrepreneur.com.

Why These Figures are Wrong

But… Facebook is the most blocked web site by businesses. People go on Facebook before and after work hours as well as using it to catch up socially on weekends.

But… People who swear by Twitter are constantly checking their feeds. The best advice is listed below by the Twitter Marketing Agency. If you are tweeting to a local clientele, you want them to be aware of any daily specials before lunch and just before the end of the work day.

But… Monday and Friday are the biggest slacking off days at work and people will check LinkedIn to look busy (it’s reported that 30% of people are social media for at least one hour everyday). To show up in someone’s feed at the right time, you want to catch them Monday Morning and Friday afternoon. Of course, time zones means picking the right locale for timing or posting two to four times.

But… The jury may still be out on Google+ for many people. Is it the new Facebook? If so, then it’s a social network. If it’s LinkedIn, then it should use business hours for posting. It also depends on how many followers you have. Your post will stay in sight in their feed for at least a day, if not two.

But… While more businesses are seeing the benefits of Pinterest and Instagram, the bulk of users are not there for business, which is why Saturday mornings are suggested. Users may very well spend most of their time after dinner hours, just before bed time. The key is not necessarily the time you post, but the size of your followers who share your interests. 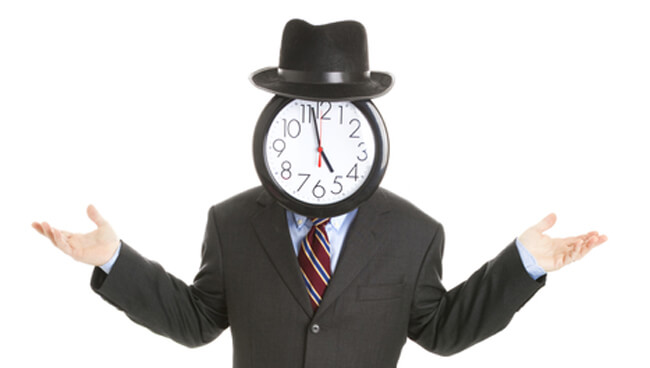 Studies show that for many Twitter users, Tuesday is the most active Twitter day. Wednesday and Friday have the second highest Twitter activity. Monday and Saturday are the slowest days. There are also general trends that people will check their Twitter accounts when they first get to work, at lunch time, and/or near the end of their work day.

Remember that your Twitter followers are likely from all around the world, so if you post to Twitter from Los Angeles on Wednesday at 12:00 noon,  it’s Wednesday 3PM in New York, Wednesday 8PM in London and Thursday 3AM in Beijing. If you’re trying to reach a certain geographic region, plan your posts to match high Twitter activity times in their timezone. A good free timezone tool is available at timeanddate.com.

Want to find out the best time for you to Tweet to get maximum exposure and/or clicks on your post links? Try an experiment by reposting a few different high-quality retweet-worthy twitter posts over a couple weeks — reposting them on, say, tuesday, wednesday, thursday and friday in the morning afternoon and evening — using a trackable url shortener system (i.e., bit.ly or hootsuite) to determine when your experimental posts are clicked on the most. Repeat the experiment a few times with different content and look for trends. Some suggest it’s worth repeating important tweets up to 4 times in about 18 hours. Typically, that would be evening, late evening, next morning and then the afternoon. You need to not overdo it and turn your readers off, so post carefully and don’t hesitate to ask your readers for feedback.

The wonderful thing about the internet is that it brings the people of the world together. There is no denying the quick transfer of news and the connections made via the internet and social media channels.

Even if you are not doing business on a global scale, reaching out to the world means people will do your marketing for you by retreating, commenting, “liking” and spreading your news and products to their network, which will include those in your service area. No one can be ignored anymore due to location.

Through the miracle of ecommerce, global shipping, Skype and email, there is no reason your business cannot be global. Google, among other services, offer translations and, if you’re an American company, you are blessed that the rest of the world speaks English as a second language (only American schools have placed language skills as secondary or elective courses). 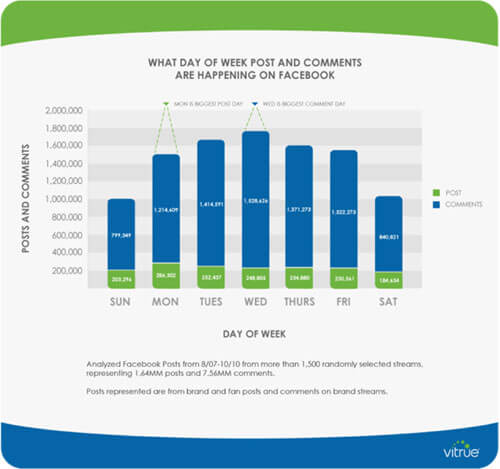 It’s the spinning world that holds the problems of the best times to post to social media. For instance, this article will be published on Monday morning, as people sit down to their desks in London. In Moscow, people will be eating lunch. Work will be over in Bejing and in Tokyo it will be the middle of the night on Tuesday.

An English study, carried out by ClarityWeb found that the difference between tweeting at a busy time and tweeting at a quiet time could be as much as 100% of the number of people that might respond. Their research discovered::

The busiest time on Twitter is GMT 7pm to 9pm (remember, this is for the UK and the times listed translate to noon-3 p.m. in America).

The quietest time on Twitter is GMT 7am to 9am. GMT 1pm is mid-traffic time on Twitter. So, for people in the UK posting at lunchtime there’ll be an average response. Tweets posted between 1:30 p.m. and 9 p.m. can expect up to 30% more traffic, especially if posted at 5-9 p.m.

The easiest answer to when the best time to post to social media, especially Twitter, is to tweet multiple times per day, although posting the same tweet more than four times a day is not recommended. Try varying the message and adding different hashtags to track effectiveness of times and hashtags.

RELATED:   Real-Time Marketing: What is It and How Do YOU Do It Effectively?

As for other social media channels, it’s up to A/B testing for most. The important factors are to reach your target audience with minimum intrusion (pestering them). What’s right for you depends on your followers. Always keep analyzing the location of your followers!

So, how can you reach the world and actually get some sleep?

There are plenty of tools available for automatic posting. They are invaluable for global outreach.

WordPress
WordPress offers a function of setting when you want blog posts to go live. You might also want to have several accounts that service different time zones, with posting settings varied for those important time zones.

HootSuite
A must have social media management system that enables you (or a team of multiple employees) to execute campaigns across multiple social networks from one dashboard. It includes audience identification tools, the ability to streamline workflow, and custom reports.

Facebook Insights
This is Facebook’s built-in tool and it provides Facebook page owners with metrics around their page content. It will help you see your weekly stats, understand and analyze the user growth and demographics.

See 50 of the top social media tools as presented by Social Media Today.

As with any digital marketing initiative, the only hard and fast rules are what works for you. It’s all driven by your audience and most of all, the content you are placing into your social media outreach. News and information is different from offer-based posts as is any call-to-action. Know your audience and when they are available, then post and adjust as needed. Post times are not written in stone.

Into 2014: The Social Media You Really Need

I caught a disease from social media and I don’t know if it’s “tweetable” by modern medicine. I am fully vested in all the important social sites; LinkedIn for business,...

DediPower, an expert in cloud and managed hosting, currently provides the power and performance behind Tarsus PLC’s digital presence. This includes exhibitions, publications, conferences and other online media throughout the...

The title of this article says it all—”social” and “media.” Are you prepared to use both to your best advantage? Do you know how to control both? What do you...

The Internet is gradually progressing towards a more interactive experience everyday, with music, movies, games, and video clips being the extremely popular. It seems as if a lot of internet...

Social media is still a greatly misunderstood part of business, as hard as that is to believe. It’s hard to believe that as little as two years ago, companies were...