Social media is still a greatly misunderstood part of business, as hard as that is to believe. It’s hard to believe that as little as two years ago, companies were rife with arguments about which department would control the social media outreach (even the word, “outreach” hadn’t come into usage) of the firm. Eventually, most people figured out that social media was just another marketing tool, so, in the usual corporate fashion, they hired the youngest workers they could, paid them next to nothing, and turned a blind eye while these workers, many of who had never shaved, or dated, became the sole, unchecked voice of the brand. Lol!

Examples of embarrassing tweets, became the stuff of entire web sites dedicated to foolishness, and bad decisions. Well, get ready for the next evolution of complete moronic thinking. 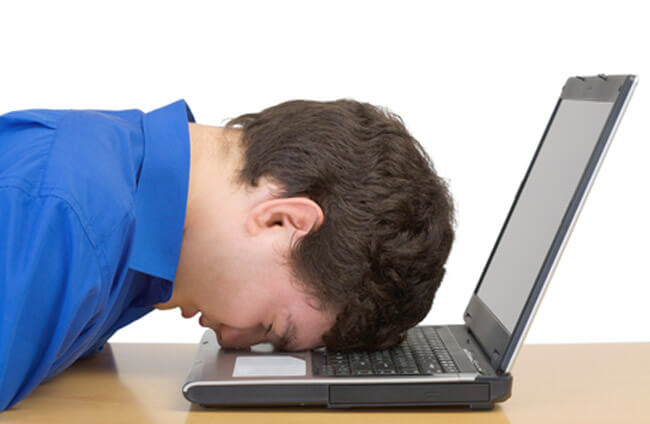 According to an article on LinkedIn Today (The News and insights you need to know), “Social media managers, it could be time to find a new title. Many employers are honing in on other terms—but don’t worry, your skills are still valuable.”

In the previous year, social media jobs grew twice as fast—by more than 100%. Indeed says that the genre is less seen as a separate entity within an organization and becoming more specific, and sprinkled within many departments.

“We are seeing an increased demand for social savvy candidates across the business – from human resources to product to customer service,” says Amy Crow, Indeed’s communications director. “In addition, we’re seeing this demand span many levels, from executive assistants to senior vice presidents.”

Why? Are all of these positions going to be running haphazard through the internet, saying whatever comes to mind, in 140 character brand-killing bombs?

The article goes on, not really explaining why, or how this will affect brand-building:

There has been debate over these titles before. For Buzzfeed, Rob Fishman argues for the death of the position in online media:

In speaking with higher-ups at outlets old and new, I heard from all of them that social was no longer peripheral, but core to their strategy. Concentrating authority in a single personage no longer made sense; Jennifer Preston, and Liz Heron needed to get Twitter, but so too did reporters like Brian Stelter, and David Carr.

Clearly some social media jobs are not growing at all, and may be even shrinking. Jobs titled Twitter fell by 22% in the last year, Indeed’s analysis shows.

The biggest gain within social media jobs: “social media expert”—yes that’s really a title—which Indeed says experienced a 1,600% growth in the last year. Many of the jobs show up on staffing sites, or oDesk, or are found at auto dealers, and direct marketing firms.

Are There Going to Be Multiple CEOs?

The old saying about too many cooks in the kitchen, sticks around because it is needed to remind corporate decision makers that when you put too many people in charge of one task, it usually goes around, and around until deadlines force the fastest, and least thought out solution. Imagine a committee of over a dozen representatives from every department, trying to decide on one 140 character tweet about a new product.

Decision by committee has never worked. Here’s a funny example (maybe not so funny) on what a committee can do to a simple decision.

So, if job descriptions now call for ALL employees in key positions to have social media savvy, the previous battle of which department owns social media is now replaced with multiple empowered social media people?

As previously mentioned, some brands had to fight their way out of huge embarrassments from improper tweets. While most were explained away as mistakes, most were due to foolishness from people who should know better.

RELATED:   Planning Virtual Desktop Infrastructure? Be Careful With These Mistakes 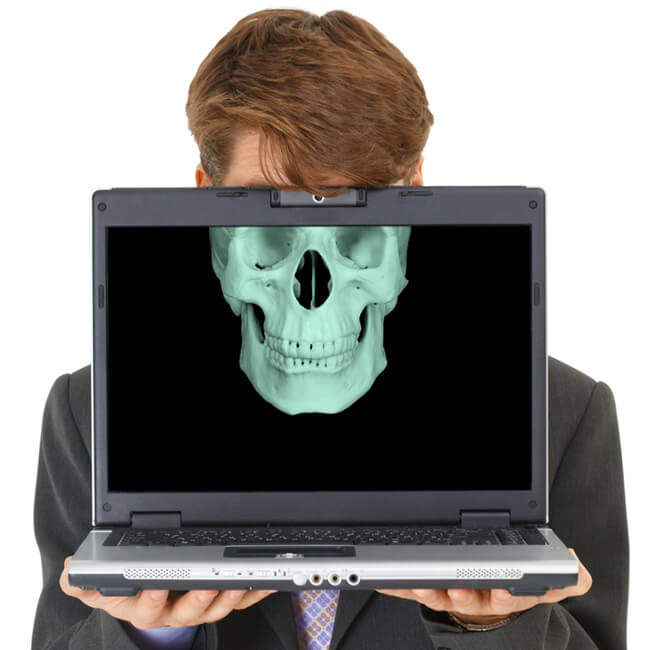 Every single tweet that a brand sends out can make a big impact, positive AND negative because of the viral nature of Twitter. If a tweet is something scandalous, there’s nowhere to hide, and you can bet consumers will jump at the chance to help spread the scandalous tweet all over the web, both on Twitter, and Facebook, just to name two social media channels.

Australian airline Quantas failed to pay attention to bad timing when it invited customers to share their positive response to #QuantasLuxury. Unfortunately, the airline was grounded a day earlier by a labor dispute, standing thousands of flyers. The angry customers, probably still sitting in the airport, took to Twitter, using the hashtag to voice their displeasure. As one tweet put it…

Who’s #notguilty about eating all the tasty treats they want?!

Unfortunately, the #notguilty hashtag was tied to the Casey Anthony trial. Consumers saw the blunder as purposeful, and insensitive.

Using trending hashtags to push your tweet is considered a no-no in social media, so when furniture retailer, Habitat abused trending topics to help promote its tweets, it found that using the one of the hashtags for troubles in Iran at the time was not appreciated by anyone.

McDonald’s was another brand that found out a special hashtag could be used against them. Their #McDStories invited people to tweet stories of food poisoning and other unpleasant tweets, mixed into one hashtag space meant to build the brand.

Giving the brand’s voice to the wrong person can cause HUGE brand damage. One of Vodafone’s employees gained access to the Twitter account (according to Vodafone) decided to send out a disgraceful homophobic tweet. To add insult to the massive injury the brand faced, the employee responsible was suspended and not fired.

Detroit automaker, Chrysler, was another victim of hiring the wrong social media manager when a tweet with inappropriate language bashed Detroit drivers. An apology and firing followed.

RELATED:   Trending Tweets You May Have Missed

Millions are in uproar in #Cairo. Rumor is they heard our new spring collection is now available online.

Considered insensitive by followers, the hashtag belonged to coverage of the bloody revolution going on in Egypt. Humor is a great thing… but it should be funny.

Urban Outfitters met some nasty tweets, accusing them of stealing designs from artists with a single tweet that people felt didn’t really address or even care about the subject. After that tweet, they lost almost 20,000 Twitter follower and #urbanoutfitters was appearing in hateful tweets, along with #thieves.

The height of stupidity award has to go to Mar Jacobs International when they put an intern in charge of their social media. The intern decided to bash the MJ CEO via the company Twitter account.

Of course, any brand is at the mercy of tweets, whether from the company, from consumers, or from the company employees. There are plenty of examples of people being fired for tweeting bad things about employers or using their celebrity with high profile employers to voice personal opinions.

In any company, a certain amount of trust is placed with individuals to do their jobs properly. If the new trend is to encourage many different employees to have free reign on different social media channels, expect many brand disasters. As with PR, or advertising, social media must be controlled by one person with the knowledge, experience, and maturity to know what is best for the brand. 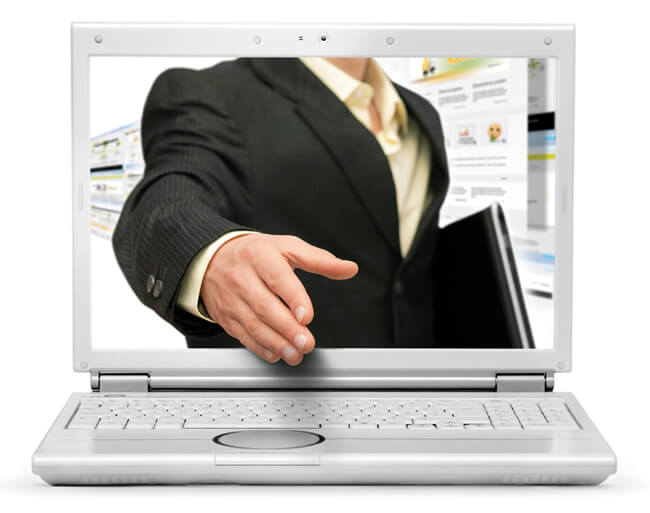 Social media is just the use of certain internet tools. It does not fall on young people, with the feeling that they have a web savvy older workers couldn’t possibly have. Any tool can be learned, and, in the right hands, used properly. Think about that when hiring a social media manager!

When are the Best Times for Social Media Posts to Reach a Global Audience?

Some say there are no “best” times to tweet or post to LinkedIn and Facebook. It all depends on your targeted audience, is the underlying rule for savvy social media...

The title of this article says it all—”social” and “media.” Are you prepared to use both to your best advantage? Do you know how to control both? What do you...

Into 2014: The Social Media You Really Need

I caught a disease from social media and I don’t know if it’s “tweetable” by modern medicine. I am fully vested in all the important social sites; LinkedIn for business,...

Lyle & Scott recently announced the launch of its first social media eCommerce store. Created by BT Fresca, the new application allows customers to make purchases through Facebook with the...

The Internet is gradually progressing towards a more interactive experience everyday, with music, movies, games, and video clips being the extremely popular. It seems as if a lot of internet...