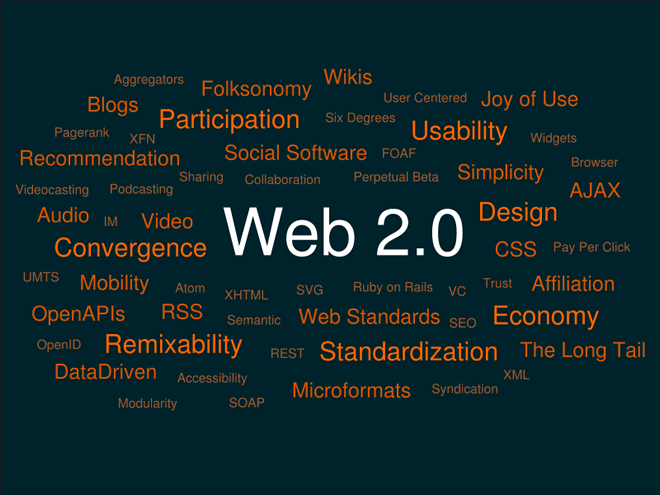 In today’s connected world, words like “blog,” “LiveJournal” and “Twitter” bombard us. They are featured prominently in the news.  Co-workers, family members and friends are eager to give each other their blog address as a way of keeping up with what is going on with them in their daily lives.  Even social networking sites like FaceBook now offer to syndicate your blog to your wall or like MySpace just come with one.  We are becoming fast a world of “life bloggers” where our actions are made available to be seen by the world at large through the hundreds of thousands of bytes of information about our day that we record in one web application or social network or another.  Rules that many of us had growing up such as “Family issues stay in the family” and “Don’t involve strangers in your drama” have become obsolete as people of all ages, children barely entering puberty and grandparents learning how to use the Internet become fascinated with keeping up to date wither their interests twenty four hours a day, seven days a week.

It all began with Usenet and the creation of “threaded” conversations held on bulletin board services.  This allowed people to have interactive conversations and keep them organized so that information was easier to find and easier to understand.  To this day, Usenet still exists and is blooming with hundreds of thousands of new messages every day.  Usually grouped by interest, a Usenet group would be listed as, for example, rec.games.computer.quake for discussion of the PC game Quake.  There are Usenet groups on just about any topic you can imagine from fan groups for Janet Jackson to discussion groups about knitting.

Fast forward a few years to 1998/99 and the introduction of Open Diary and LiveJournal.  Open Diary was the first to recognize that there were many people out there who were using word processing software to make online diaries for themselves, which at the time was difficult and often expensive, as web hosting was comparatively more expensive than it is now.  With this knowledge, the founder who goes by the handle “TheDiaryMaster” created a service wherein users would sign up for an account, choose a template and start publishing from the services interface.  It streamlined the process and also added on many other features that would have been difficult, if not impossible, for those who were publishing on their own. Open Diary introduced security levels so that posts could be friends only or public as well as options for changing fonts and allowing visitors to leave comments on your posts, something that until this service was not available anywhere.  Also available on the service was the ability to add friends, so that you would have a type of reading list to keep up with your favorite diary writers. In fact, Open Diary can be seen as the first step that the world took towards social networking.

In 1999, a newer service came to the forefront with even more options available to users called LiveJournal.  At its inception, it was an exclusive club: you needed to know someone to get an invite to sign up.  There was a point where people were selling their invite codes for $25-30 apiece!  LiveJournal offered much in the way of customization of your individual space, ability to host photographs and other multi-media creations as well as also having a friends list and commenting abilities.  The biggest draw to LiveJournal in the beginning was their new “community” feature which allowed a user to create a group journal where ongoing conversations could be held by multiple users (up to 500 at a time).

RELATED:   How Strong Should your Dedicated Server Be?

While it is a hotly disputed topic of when “Web 2.0” became a reality, it is well known that the term was coined at the 2004 O’Reilly Mass Media Web 2.0 convention in late 2004.  What the term has come to mean however, in everyday terms is that the web instead of being a place where a person seeks out information, like in a library catalogue, it has become interactive. People have real experiences through virtual worlds and text-based chat rooms, and even now through video conferencing.  Thanks to file sharing sites and services, people are trading music and books and any other type of media imaginable.  The experience of Web 2.0 has moved to also take place on our cell phones where the new Android, iPhone and other devices are allowing for remote access to email, websites, navigation and news all at the tip of your fingers wherever you happen to be.

Of course, with the invention of ever greater technologies we come face to face with some of the problems of these opportunities. More than ever, privacy and identity protection are at the forefront of everyone’s minds as they use credit cards to purchase items for themselves and their loved ones, subscriptions to online video games and even use online services to send and receive faxes and attend university.  This concern is a very real one as sensitive and private identifying information is shared over the network of the Internet and opens users up to identity theft and fraud like never before.  While the Web 2.0 has made life simpler and more streamlined for the legitimate users, it has also made life simpler and more streamlined for those who would steal your information to use for their own ends.  This had led to a rise in the creation of privacy, anti-virus and other security software.  This has become a thriving occupation all on its own from websites offering virus protection scanning and programs to fix problems found to people who have taken the time to get training to do it manually and will come to your home and fix your computer for a fee.

RELATED:   Things to Keep in Mind while Changing Web Host

What you see is what you get:

Thanks to the introduction of Web 2.0, the life blogging that has come with it, we are now seeing the Internet open up to new users at an amazing rate. Anyone who wants a website can pay a few dollars for a domain name of their choice and the majority of web hosts have a WYSIWYG (What You See Is What You Get) editor that requires no programming knowledge whatsoever.  This brings the world of website building to the newest computer user and for fans of the most obscure hobbies.  As time goes by, the World Wide Web looks to become more and more interactive.  Eventually one day, perhaps, a person will not need to leave their homes at all to conduct their daily business.  It is an exciting and uncertain time for people everywhere as regulations are imposed and new ways of communicating are built.  Pull up a chair, dear reader and come along for the ride!

Q: What is good content?  A: MailChimp is (http://mailchimp.com/resources/guides/). Q: Can I do a research and compile different sources?  A: Yes (http://maileohye.com/google-site-performance-compilation-answers/). Q: Who is a content curator?  A: I don’t know either (http://www.alistapart.com/articles/content-strategist-as-digital-curator/). Q: What’s a...

It begins with an old story. Someone accepts a new position, and as a part of the job, he will be issued various resources in order to do his job...

When faced with the ever-growing horde of content delivery network providers, it becomes increasingly hard to pick the one that’s right for you. Whether you’re looking for top-notch cloud computing,...