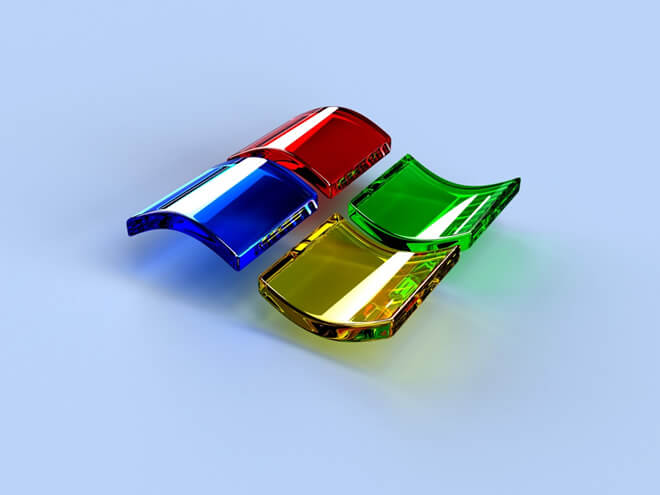 Even today not everyone is looking for the cheapest web host.  If you are a serious web developer you may want a wide variety of features at your fingertips without having to pay the fees associated with a dedicated server.

For those focusing their attention on Windows web development there are a number of quality, reliable, web hosts that provide an extensive library of development, support and security applications.  Here is a list of 5 of them that should provide you with everything that you’ll need: 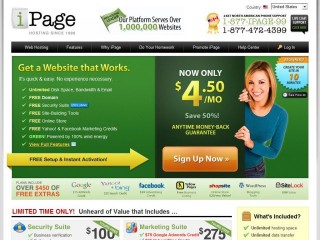 iPage has a little bit of everything, or maybe quite a bit of everything.  Three photo galleries applications, 3 forum apps, 3 blogging apps, 4 content management apps, lots of multimedia and E-commerce support (including PayPal integration) all make their feature list.  We’re not focusing on cheap here either, but at $2.95 month for their most economical accounts it’s hard to ignore it.  It also doesn’t hurt that for many of these features iPage offers setup wizards that will guide you through the process.

RELATED:   Budget Web Hosting: Is It Worth the Buck? JustHost not only has a great list of features but makes working with them easy as well.  Many of their applications, especially their content management applications, are 1-click install.  Add on to that all types of scripting support, streaming support, several shopping carts, and in case you are still using them they still support the last few version of Frontpage extensions. 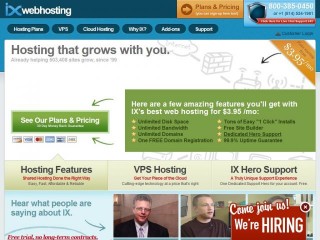 IX’s list of features goes on and on.  Extensive multilmedia streaming support, chat support (not common, especially on Windows servers), and Cold Fusion scripting are among their offerings.  For the latter, you have to appreciate a host that tells it like it is: explaining why it’s more expensive than Linux, they point out the increased costs of Windows licensing and asks “Don’t blame us, blame Bill!”  Can’t say they’re not giving you truth in advertising.

RELATED:   The Art of Choosing a Web Host

This professionally outfitted host has many software packages for each category of need.  Need content management?  Celeres Web gives you eight options, from the common Drupal and Joomla to the not-so-common anyInventory.  If you need project management Celeres gives you five options.  They have three E-commerce solutions, four messaging board applications and three wikis.  Even though we’re focusing less on cost in this article, you still can’t complain about a list of shared hosting plans that run $3.99 to $14.99 a month.

This host often gets skipped by those looking for a discount host, and proves why that isn’t always such a good idea.  Their Windows support is one of the most comprehensive we’ve seen.  They support five versions of ASP.NET all the way up to 4.0, MSSQL 2005 and 2008, several different web analysis tools,  multiple email protocols, and lots of database support, including a PHP driver to interact with your SQL 2005 or 2008 database.

RELATED:   The Importance of MS SQL in Windows Hosting

We forget often in talking about Microsoft that one of their prime advantages as a operating system tool is just how much software exists for it.  Someone who is serious about web development would do well to stop and take a look at how much is available and what good hosts exist for making use of it.

We already know: Most web host providers don’t like Windows, and will avoid it at any and all costs. Trust us, we’re well aware of it. That being said, there...

The Importance of MS SQL in Windows Hosting

Windows hosting is compromised of several useful components, many of which are developed by computer software giant Microsoft.  Most of these features are designed with simplicity in mind and lend...

Let’s mix up two of the biggest of web hosting trends for this Top 5.  Linux is quickly becoming the operating system of choice for many webmasters.  It goes without...

Enkompass: A Windows Control Panel For The Masses

So, you finally bit the bullet: You gave in and used a Windows-based web host, contrary to the popular, Linux-oriented hosting. Before we say good for you, though, we just...

An Overview of Windows Exchange Hosting

Microsoft Exchange Server is a powerful enterprise level software that is used to secure business communications, facilitate business management, and mediate online collaborations. This software is utilized by thousands of...