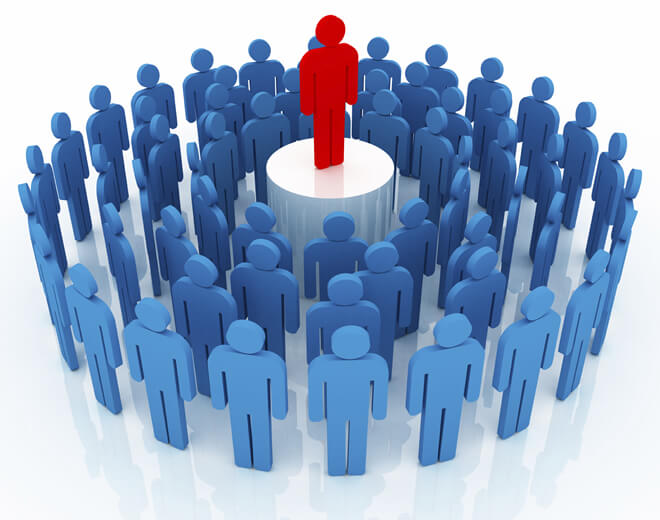 It was a shocking article that appeared a few months ago, asking if the concept of regular employment itself was outdated.  The issue raised from it was that, as opposed to steady jobs, our economy was moving more towards a dynamically shifting pool of freelancers, moving quickly from one employer to the next.  What perhaps was most shocking about it was that, with so many people actually taking part in this new type of work, it didn’t actually shock many people.

This is the business revolution represented by the term “crowdsourcing.”  The word was introduced in a 2006 article in Wired magazine.  The concept has taken off like a rocket since and hasn’t stopped for breath.  If you aren’t familiar with it, here’s a summary to catch you up to speed.  If you are familiar with it and want to use it, here are some tips from the pros.

A new name for an old concept

The first instance of effective crowdsourcing is older than all of us.  One of the earliest editions of the Oxford English Dictionary was created by the collaborative work of about 800 volunteers.  OK, this is about as relevant to modern crowdsourcing as the first 17th century steam automobile is to a Ferrari.  Still, the dictionary is still with us, and now again, so is the concept.

What crowdsourcing does is to tap into “collective intelligence”, that is, the ideas that are generated by approaching problems as a large group rather than an individual or small set of them.  It generally works like this:

A company or other organization posts a service that they need to appeal to an open pool of applicants to find an answer to.  Examples of common crowdsourcing requests are the generation of company logos, solutions to governmental public policy problems, software testing, programming, and writing of all kinds.  In reality, though, it can be just about anything that you might want to “poll the audience” for.

The crowd finds a needle in the interstellar haystack

An example from just a few days ago underscores the potential power of crowdsourcing.  Rainer Kracht, a retired school teacher in Elmshorn, Germany, reviewed images sent to the crowd from the Teide Observatory Tenerife Asteroid Survey (TOTAS).  This observatory was sponsored by the Space Situational Awareness program, a European Space Agency project.  What he saw in one of the images was eventually named “2011 SF108”, an asteroid set to approach to within 19 million miles of earth (that’s not as far as it sounds).  The image was confirmed by other volunteers in the crowd before receiving its official designation.

The vastness of space makes it impossible to rely completely on even the best computers to scan through all of the data for anomalies.  Here, then, is an example of how instead of using even more powerful processors, you can instead go to the collective observation of several thousand sets of eyes.

Where is the crowd now?

There are too many crowdsourcing projects in existence now to even begin to summarize all of them.  Here are just a few of the more notable examples:

Even if you have no interest in implementing crowdsourcing yourself, it’s worth a peek at some of the ways its used just to re-establish your faith in what the internet is capable of.  Finding relatives lost in the Katrina disaster, the recording of taxonomic dinosaur data, and archival of artifacts related to the first World War are just some of the amazing uses for this new approach to “employment”.  It’s a heartening sight.

Setting up is the easy part.  Use any one of the popular crowdsourcing destinations; specifically, find one suited to the kind of work you want to split up.  Most common ideas have entire sites devoted just to that.  For the uncommon work, there are plenty of catch-all locations that are ready for your jobs.  Naturally, go over the terms of service.  If your work is for pay, many of these sites will take a cut.

RELATED:   CrowdSourcing: Use it.

A little more important is how to do it right.  As always, there are lots of tips sites out there that go into great detail about how to use this dynamic effectively.  Here is a condensed version of the most common pieces of advice:

Crowdsourcing is becoming a major shift in the business world, with little of any significant criticism or drawback.  There is little reason not for anyone, group or individual, who thinks that they might have anything to gain from it to not at least give it a look.

The WePay Surge: Why They May Dethrone PayPal

We’ve reminded you here in this column before of one critical and forgotten truth when it comes to online supremacy: all empires crumble.  As much as we list the Lycos’s...