You may have heard the news that Google is implementing new keyword data that affects SEO. If you’re confused, you’re in good company. Most marketers are panicking at the news, but not truly understanding how it works, and for good reason — it is confusing, but not as dangerous as people are fearing.

Last week, it was announced in many articles across the web that Google has cut off keyword data. So, people questioned how will SEO professionals gather the much needed data to track users by keywords within their web analytics software?

“Nearly two years after making one of the biggest changes to secure search that resulted in a steady rise in “(not provided)” data, Google has switched all searches over to encrypted searches using HTTPS. This means no more keyword data will be passed to site owners.”

“Encrypted Google searches don’t pass the keyword data through to websites, thereby eliminating the ability to track users by their keyword searches. The biggest impact for many site owners has been not being able to segment users by keywords within their web analytics software.”

According to the article, Google’s comment on the new changes is:

“We added SSL encryption for our signed-in search users in 2011, as well as searches from the Chrome omnibox earlier this year,” a Google spokesperson told Search Engine Watch. “We’re now working to bring this extra protection to more users who are not signed in.”

“However, Google has also said that search term referrer data will be passed to advertisers who use their pay-per-click product,” reports Jonathan Allen, author of the article, “SEOs Strike Out as Google Encrypts Signed-In Search Data.”

“The SEO community is crying foul over Google’s claim that this move is to better protect user privacy due to the fact that there is a double standard in the implementation. The message seems to be if you pay Google, you can have the search referrer data. However, the counter argument is that this is part of a wider move to create a more secure web experience.” 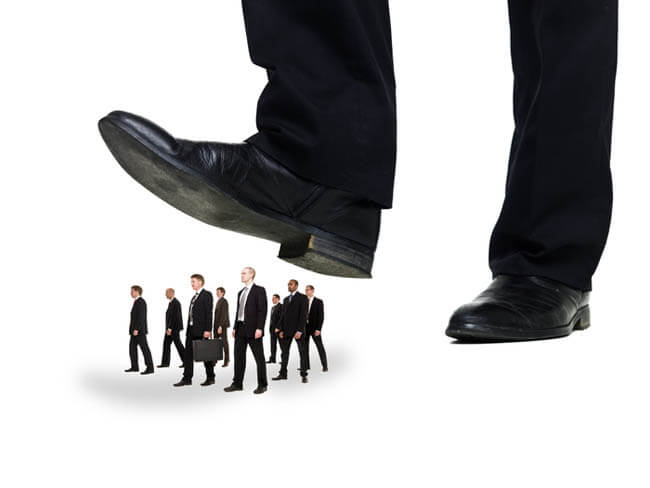 In fact, on the heels of the new rules being enforced by Google Panda 4.0, and now this news, some people are left wondering if decision makers at Google have overstepped the “freedom of the internet for all” belief, or is creating a web where their sandbox keeps growing, while excluding the other children of Digitalville.

Some people, however, believe this is in response to the latest fears of the NSA spying allegations, and it’s Google’s way of protecting user’s information. That, of course, would be admirable.

Get on Board With These Changes

Mr. Allen continues by outlining the new changes, with which users will have to deal:

Is it Really “Bad News?”

It’s a lot to absorb, and the layperson will certainly be confused, but there’s no need to run out and hire a SEO expert… if the term “expert” can really be used with the practice.

Stephen Cobb, who refers to himself as, “Security Evangelist,” from ESET, told Search Engine Watch that Google’s latest move, “addresses the concern that a consumer’s search activity can contain sensitive information, knowledge of which might be abused. For example, that information can be gathered without your knowledge if you are searching the Web over an unencrypted connection, and then used against you; or some website that you visit might use the referrer data inappropriately.” 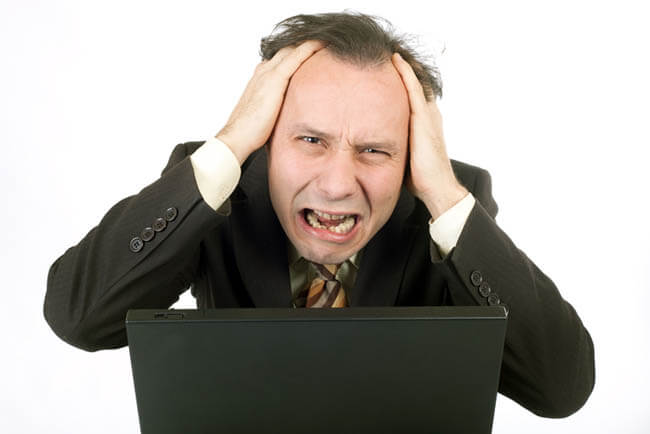 Cobb insists that this is a privacy issue. Perhaps you remember a viral message that went around about a year ago, instructing web users to empty their search cache before it was used as a profiling tool for them, in essence, wiping out past indiscretions of searches one would rather not be identified by? Cobb insists:

“Encrypting referrer data with SSL makes it harder to spy on people’s search activity and that will be welcomed as a step in the right direction by some privacy advocates, but others will probably criticize Google for leaving two big loopholes. First, the search term will still be passed along when the consumer clicks a Google ad. Second, the SSL encryption only applies to people who are “signed in” to Google search. The fact that people who pay to place ads on Google will still get the referrer data is worrying on several fronts. First, it makes it look like Google is saying the referrer data is valuable to website owners, which makes it harder to argue that blocking the data is not a blow to website owners. And Google will find it hard to say that it is fine for consumers to connect to search without SSL. However, I don’t see this as Google trying to drive search spending from SEO to PPC, although that might be one effect in the short time. Google seems to be very genuine in its desire to improve search privacy.”

It is true that Google values user privacy, despite what conspiracy theorists may say. Some concerns run the gamut, as seen by these comments listed on the Search Engine Watch article:

“I personally think this is a ploy to downplay the value of SEO. If you can’t track performance at the keyword level do they really think that is enough to push people into paid? So why not block this for paid too – is it because we paid for the click? That to me is the “controversy” why are those clicks any less private? Why are they now all concerned about ‘privacy’ and why are they not leading a charge for others to do this? I think this will piss a lot of people off and create a PR mess that far exceeds the idea that a searcher actually cares that a site knows what keyword you used to find their site.”

“If the group that this effects were to become large enough, it could have a serious impact on the conversions for any business not running AdWords, it should also be stressed that the AdWords data may be of little use due to differences in conversion between AdWords and organic traffic. However, it’s also key to avoid any knee jerk reactions, there isn’t going to be a large impact felt from this for some time, so instead of being something to worry about, it should simply provide further motivation to broaden data collection points.” 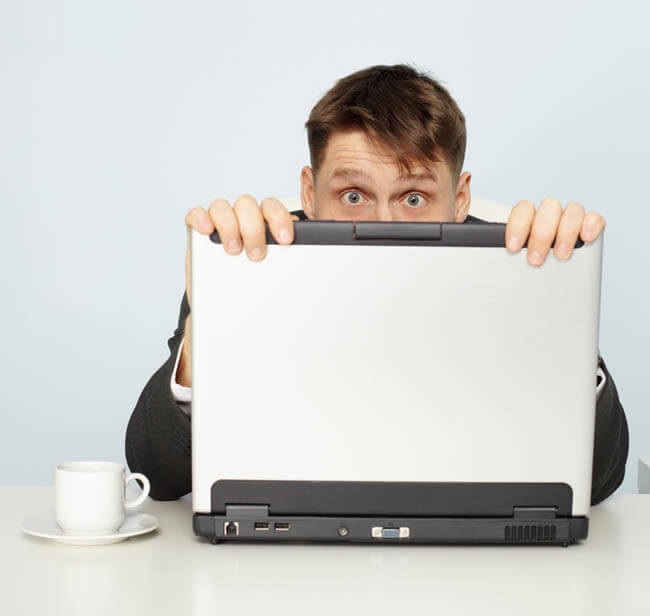 “At the end of the day, I believe in more transparency, not less. I think it’s important for marketers to have a choice of more data, not less. If the concern is privacy, similar to retargeting and behavioral targeting, let’s give users a choice. If they want to cloak this information, make it a setting in their Google profile instead of a system-wide change forced by Google.”

“This change in policy is bad news for website owners who want to use analytics to improve onsite experience for their visitors. For example, if we know that 90 percent of shoppers who land on a particular landing page after searching for ‘discount coffee tables’ bounce from the site before browsing, we would try to figure out how to offer a better site experience for those shoppers who are clearly not finding what they are looking for. By restricting referral data from clicks on organic search results to users who are not logged in, we will be working with a much smaller data set.”

What is the Outcome?

To be fair, Google has always been concerned with user privacy. The largest search engine, Google is also offering many services for users and it makes no sense that they would work to the detriment of the web and users, especially website owners who rely on SEO for success, even within the Googlesphere. As Mr. Allen so rightly points out in his article:

“Google likes to reward companies who work to make the web less of a ‘cesspool’ — their commitment to HTTPS in personalized search, may ultimately be rewarded via Google+ apps, in which, Facebook Instant Personalization style features will be granted to companies who look to do a deeper integration with Google+. That your site is served via SSL will most likely be the lowest bar to entry into such a program.”

The importance of keyword usage in search engine optimization definitely cannot be ignored, however many people don’t realize the proper way to use keywords, and therefore place unnecessary efforts on...

Choosing a Keyword-rich Domain for Your PPC Campaign

A domain name can provide a plethora of benefits. First, it gives your potential audience a glimpse of what your site is about and in theory, makes it easier for...

The Pros and Cons of Keyword-Rich Domains

When it comes to choosing a domain name, there are numerous strategies one can employ to ensure they make the best selection possible.  One strategy that is often recommended is...

What is the Google Caffeine Update?

Google is renowned as the king of the search engines, mostly because of heir patented algorithm that is used to index and rank the entire internet effectively. Every couple of...

Will Google Give Ranking Preference to Websites Based On Security, Rather Than Content?

On August 6, 2014, a post on Google’s Online Security Blog announced that the tech juggernaut had recently been experimenting with its search engine ranking algorithms. Google admitted to running...

Most are familiar with the phrase “content is king.” However this cliche is not entirely true. There are many sites online that are packed with very informative content, yet they...